Is there any of your ideas that you really wanna do?”

Plot 2
Muse A and Muse B were friends in middle school and eventually grew apart because of their different social groups Muse B is in trouble their grades are slipping fast and if they don't raise them they're gonna be benched, one of his teachers suggests having Muse A tutor them and Muse B readily agrees. Muse A isn't happy having take time out of his schedule to help a jock, but after a while the two began to get closer until one study session when the two kiss.

Plot 3
Muse A is a sorcerer(ess ) who has served Muse B the king/queen loyally for years. The problem? Magic is outlawed and the punishment is death. However Muse B can’t seem to stay out of trouble and Muse A continuously has to risk their life to save them. So what happens when Muse A accidentally reveals their magic saving Muse B? Will Muse B kill them as an example to others, banish them, or will they lift the ban on magic once and for all?

Alright. I actually really like both of those so I’d be up for doing either or both of them. ^•^

Doing both would be fine with me :)

Who do you want to be in each of them?

I don't have a preference when it comes to the first one, but I'd like to be the sorcerer/ess in the second one.


Also do you want to do mxm or fxf?

Okay. Can I be the jock in the first one then?


Maybe mxm for the first and fxf for the second?

Sure sounds good to me

Okay. Do you want one thread or two separate ones?
And how detailed should characters be?

We can do it in one thread. I usually keep mine pretty short, but I'm pretty flexible

Okay. I’ll make mine in a bit or possibly In the morning.


(I’ll add some more details later if you want, I just wanted to get a basic character up) 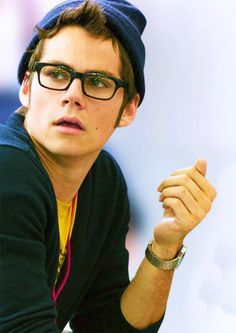 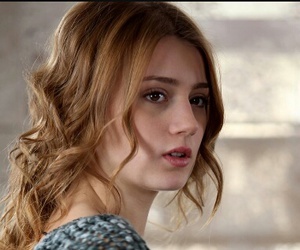 (What you have is fine, you don't have to add anything if you don't want to)

Thanks so do yours

Where do you want to start at?

Okay. Can you start or do you want me to?

For the second one, do you have an idea on how my character would find out about your character’s magic? I’m kinda stuck on how to start that one.

Hmmm maybe they're in a meeting and someone makes an attempt on Ari's life? Either that or she catches my character healing someone. Idk just spit balling ideas

Riley bit his lip lightly as he walked into the library early in the morning, looking for Drew. His teacher had said that’s where Drew was most mornings so he could talk to him about getting some help in his classes. Riley didn’t look forward to having to ask for help or having people know that he needed help but it was either that or being benched. He loved playing football and couldn’t easily give it up so he had to try and do something.

Riley looked around the library and spotted what he thought was Drew. He shifted his backpack onto his other shoulder and walked up. “Uhhh. Hey... Ms. Holden told me I could find you here....” he said cautiously, not wanting to do something wrong to upset the guy because he really needed help. “I’m Riley... she said she was gonna talk to you about helping me in my classes...” he explained, biting his lip.

Ari sighed and rolled her shoulders as she listened. This meeting between some of her advisors just kept droning on and on. She didn’t even know why she was there. They were debating about some issue that she already knew about and they weren’t even acknowledging her presence or talking to her. She looked around the room and shifted slightly in her chair.

Ari had no clue that this debate was more of a ruse than anything. Her advisors were about to turn on her; them seeing her as a girl way too young and naive to ever be a suitable queen. Maybe they were right. Ari was young and occasionally made some questionable choices but she was trying to do the best she could.