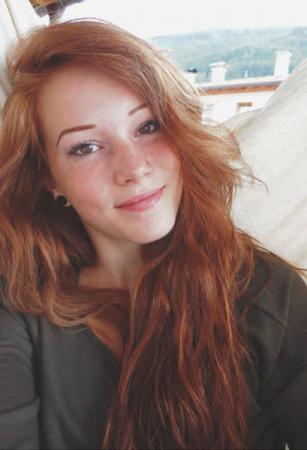 Personality:
⋆ soft, caring, open, giving
⋆ fierce around those she loves
⋆ will stand her ground even when it means she might get hurt
⋆ gives up a lot of herself to keep those around her happy
⋆ insecure in relationships and easily talked into them

Likes:
✓ her son
✓ having a family
✓ being a mom
✓ cleaning
✓ cooking
✓ reading
✓ sewing/knitting
✓ being in nature
✓ swimming
✓ romance, cheesiness, dates, etc

Dislikes:
✗ pain, being hurt, seeing others hurt
✗ Carter, at times
✗ being scared so often
✗ feeling trapped
✗ being stuck inside
✗ being punished or made to feel like she's done wrong
✗ not being given clear expectations 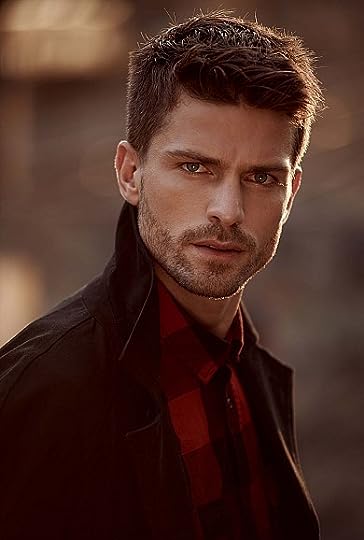 Carter Kruwell
AKA: Carter
37 years old (when son is 14)
{heterosexual}

Likes:
✓ Shay
✓ how obsessed Shay is with him (or used to be, at least)
✓ being catered to/looked after/spoiled
✓ having a clean place to live, no chores to do, etc
✓ down time with Shay, which is occasionally romantic
✓ beer
✓ sex
✓ travelling alone
✓ taking what he wants when he wants

Dislikes:
✗ kids
✗ needing to help look after his son in any way
✗ Shay when she gets really needy or mopey
✗ chores, house work, etc
✗ anything family oriented, though it's growing on him
✗ being stuck in the house
✗ getting less attention than his kid
✗ bills
✗ costs associated with raising a kid

Shay was only 15 when she was kidnapped. Carter was 21 at the time, working as a post man. He delivered the mail to Shay's house all the time and often saw her through the windows. Sometimes she even answered the door. He became obsessed with her right away, unhealthily so. Stalked her for a year before it came to be too much and kidnapped her. Abandoned his home, job, everything, to move way out into the country where no one asks questions. Held her captive tied up for a few months until she learned to behave. By the end of a year, she was starting to have feelings for him and by the second year, when she was 17, she got pregnant and had her son.
Carter doesn't want to pay for kids when he can barely pay for himself, but doesn't want Shay to get a job because her name might come up under missing persons and he could get in trouble. He just wants her and her to live for him, but now he has to share her attention with some brat that she seems absolutely in love with. Carter feels almost abandoned, and after working so hard to make her happy given their circumstances, he's understandably bitter and has become a bit abusive towards her.

Awe he’s cute. His last name would be Kruwell, though. Shay and Carter aren’t married but Shay would allow Carter’s last name to be signed on the birth certificate.

Cool. Did you have a particular age you wanted to start with? If we go younger than 14 we can skip years as needed.

Cool. Should I start? My first post might be really really long, but I could give a quick brush over of what life was like growing up for Mile, etc. Get us caught up to where he's 14.

Mile wouldn't remember the early years, which was a good thing. Those were the worst years. Carter hadn't wanted a kid and kept trying to harm Mile when Shay wasn't right there to stop him, and sometimes even when she was. The worst of the abusive happened during this time, until it finally got through Carter's head that Shay would rather die than give up her son. Carter was distant for a few years and Mile didn't see much of him during elementary school. It was always him and Shay. Carter would be home every second weekend and a random day here and there, but pretty well ignored that Mile existed.
Once Mile got closer to junior high age, Carter started paying more attention to him. Not because he wanted to, but because the kid was old enough to remember stuff and understand stuff now, and Carter didn't want the kid figuring out that Shay had actually been abducted; if it got mentioned at school they would be ripped apart, and as much as Carter didn't like the kid, he wasn't going to risk Shay being taken away from him. He'd put up with the kid if it meant he could keep Shay.
Shay, on the other hand, being home all day, was happy to have something to do. She read and cleaned and cooked still, of course, but she had someone to live for now, someone who was home and didn't make her miss him all the time. She still missed him while he was at school, but at least he came home every day. She went a little over the top with her affection because of it though, wanting to keep him close for as long as possible. Breast fed him for way too long and still could, technically, though she keeps the fact that she wants to to herself. Always slept beside Mile in bed, whether in his or hers. Cooked meals with him and showed him how to cook, taught him how to read, ride a bike, took him on adventures around the trailer park woods, shopping in the city for school supplies, helped him with homework, took care of his injuries, ... all of it. Shay was definitely the helicopter parent, but she tried her best to do it with love rather than concern.
With Mile now in junior high, though, the concern is starting to break through. Mile is going through puberty and Shay knows that means he'll start wanting to date and have girlfriends--or boyfriends, she wouldn't be upset if he preferred boys--and while she wants him to be happy, her heart aches at the thought of their time together being taken away. She is definitely jealous having to share her son's attention with anyone, and while she knows Mile has to grow up at some point, she doesn't want their close bond to be broken and worries that friends will eventually cause that to happen.

((I'll post more specific stuff, but do you want it to be summer right now so Mile is off of school, or during the school year?))