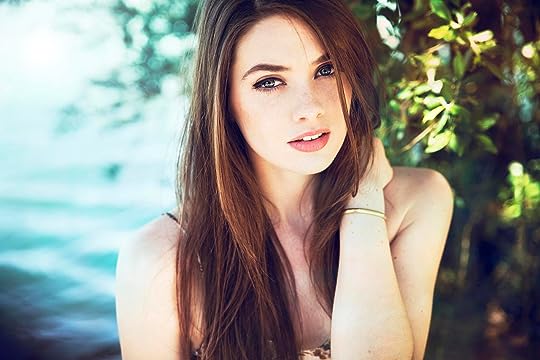 (hide spoiler)]
Samantha is a quiet girl who only speaks when spoken to, and always does what she is told.
As if.
In reality... Well, she's an odd one. She likes to climb trees, laugh, and have fun. She loves the beach, and basically just likes to have a good time. Although she can easily slip into miss "prim and proper" at any point in time. It just isn't her.
➸ ( ♕ ) Veronica Aster Warner | | played by Rea
(view spoiler)[ 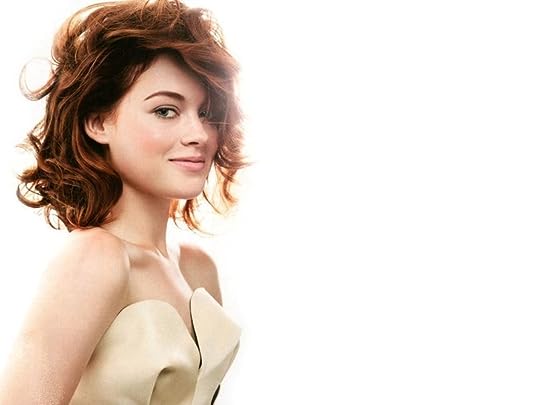 (hide spoiler)]
Extroverted, intuitive, recklessly impulsive, gracious, funny and straight-forward. Always making dry and bad jokes almost everytime, especially when she's the subject of conversation. Her other traits are her sarcasm, snarkiness; she loves to pissed people off, loves to rant, has a little anger management issues, objectively critical, adaptive, independent, hates to lead or control others and sometimes hates the leader too. Also very confident and proud of herself. Sometimes she can be narcistic, but never intentionally try to show off. But when it comes to compliment, even she always compliments herself, she gets a little awkward when it comes from someone else’s mouth. She’s very casual around boys, and love to hang out with them, she manages a great relationship with the guards more than with the maids like her. Even she actually doesn’t like living inside the castle all the time. She feels like it’s too stiff and doesn’t fit to her attitude.
➸ ( ♕ ) Saffron Elise Williams | | played by Melissa
(view spoiler)[ 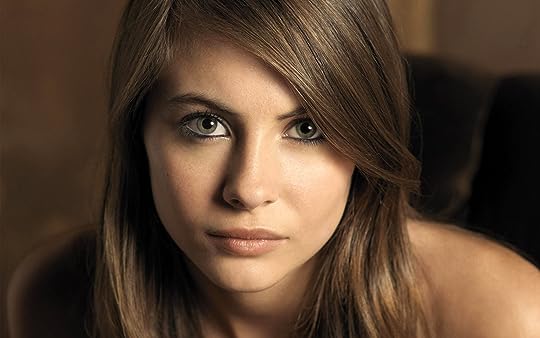 (hide spoiler)]
Saffron is very straight forward, She won't lie or beat around the bush. If you ask her if you really look ugly, she will tell you the truth, even if it hurts. This gets her in trouble quite a lot. Saffron also stands up for what she believes and if something disagrees...they have no idea what they're in for.

Mod
Sam yawned and opened her door. She'd stopped hiding in the kitchen for a while, and a rebel attack had happened. Go figure. She'd heard the guard who'd been shot had survived, though, and that was good. For a while, she'd thought he was a goner. So that was good, at least. She'd heard the elite announcement would be happening in the morning, so she decided that she would stuff herself at breakfast. Maybe stuff her purse, too. That good was good.

Ronnie stopped in front of Samantha's door. As much as she doesn't like doing this job, she had to. That was her cover anyway.
She sighed heavily and shook her head quickly. Alright, Veronica, you are a trained killer in years of undercover, you can kill a bear by yourself, you defeat ten men with just a piece of pipe, of course dealing with a princess in training is a piece of cake, she told herself. With that, she opened the door quietly, peeking through it before she entered.

Mod
She was flopped on the bed, making weird faces at the ceiling when she came in. This room was so big... Even the ceiling was detailed. She jumped up at the sound of the door opening, and bounced into a seated position.

Mod
"Hi, Veronica..." She decided she should probably stop bouncing. That probably wasn't very good form for a princess in training... "Um, so I've never had a maid before... So could I have some help or something in what I'm supposed to do with one?"

Mod
"Oh..." She tugged on her ear a little awkwardly. "Then you should have a pretty easy time."

reply | flag *
message 9: by [deleted user] (new)
Aug 16, 2014 01:03PM
"Yeah, my fate is actually in your hand. You can decide whether to make things simpler between us, or you can use me to take extra job and do some dirty work for you." Ronnie said bluntly. "I mean, if you want me to put something on the other girls meal to get them sick, I can do that, just saying."

Mod
"Hm..." She paused, pretending to think. "Nah( if you did that they'd probably blame the chef, and I don't think I could last here without his amazing cooking."

Mod
"Whoa, really? Is it more comfortable than a cupboard? That's where I've been hiding."

Mod
"Really, or are you just saying that? Because the cupboard's quite alright, if a but uncomfortable."

Mod
"Nah. I'll try for a safe room. If not, they most likely won't check a cupboard... Right? No one ever thinks to look up, I've noticed."

reply | flag *
message 22: by [deleted user] (new)
Aug 16, 2014 06:59PM
Ronnie smiled at her answer. "There are safe rooms for reason, Miss," what if you caught your maid slaughtering the people from this palace? That would be awkward, right? "You never know if next time, they randomly check the cupboard."

Mod
"Don't call me Miss," she wrinkled her nose. "It makes me sound like some... Oh, I don't know. It just sounds weird. And I sure hope not, because it was really just chance hat I wasn't in the cupboard at the time of the attack..."

Mod
"Sam? I don't know... It's complete awkwardness even having a maid... I don't know what to do with you in the slightest."

reply | flag *
message 26: by [deleted user] (new)
Aug 16, 2014 07:20PM
"Alright, Sam." she said. "First, I can't really call you like that in public, they'll punish me for addressing you so informally. Second, if you prefer you can think of me as a personal assistant slash personal designer slash personal stylist slash personal make up artist. That is a cooler way to describe what I am doing for you actually."

Mod
"Okay... I guess it'll do in private, though? And okay, although is there a shorter way of saying that? It's a bit of a mouthful."

Mod
"Personal assistant? Sure, that works..."

Mod
"Alright. Just don't stare at me while I'm asleep. It's creepy when people do that."