I probably have to change some of these species, right? [/sigh]

Now to decide on which to start first.

Mod
I can add them to the species list. I'm cool with them :)

[ First Name ] Meili ; beautiful
[ Middle Name ]
[ Last Name ] Chun ; spring
[ Nickname(s) ] Mei, Li -- those are the only two nicknames she goes by. Anything else, aside from her name of course, is unacceptable.

[ Age ] 27
[ Birthday ] May 17
[ Gender ] Female -- generally, Valkyrie are all female, so reproduction is based within the realms of females. So, it's not unusual to find a Valkyrie equipped with male parts, but Mei is only half Valkyrie, so she doesn't have the luxury of that.
[ Sexual Orientation ] Pansexual -- there isn't much difference to a person's actual self, than there is with their body. So, why should loving either gender be a problem? Or both?
[ Relationship Status ] Single 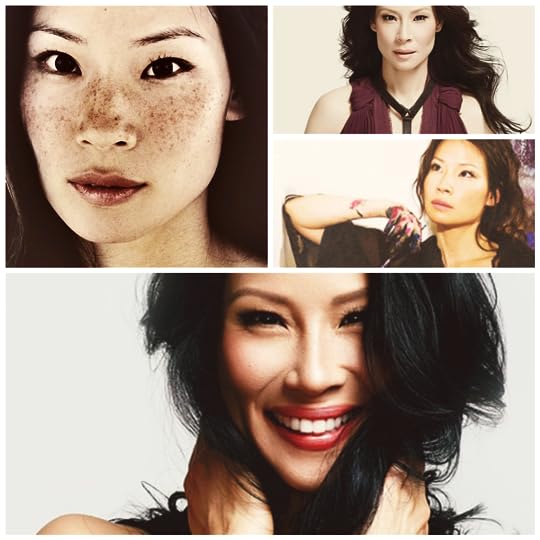 Yeah :) Its no problem really. Can you just give me brief descriptives on what a dream-eater and human/valkyrie hybrid is and their abilities and weaknesses? (: I've tried googling but no luck

Wow, a very late response. I'll have the information up tomorrow, as I'm going to bed now.

[ valkyrie ]
Valkyrie are creatures similar to Angels and Reapers, and are based in Norse mythology. They are said to bring the souls of worthy warriors to Valhalla and open the doors for the start Ragnarok, when all their souls are to return to the Earth for a final battle that is said to destroy all or much of the Earth's civilizations. They are said to be all female, much like the Amazons, but do not require male beings to reproduce. As it stands, they are tallied as exceedingly rare, for there are usually only a handful at a time. Most die in combat, as they are still as vulnerable as a human would be.
{ abilities }
Flight -- as they are winged creatures.
Enhanced Physical Prowess -- they are meant for the battlefield and are typical physically more capable than a human being.
Accelerated Healing -- what would keep a human bedridden for days only keeps them down for several hours.
Electrokinesis -- the manipulation of electrical currents. Valkyrie make their presence known by lightning strikes, but it works similarly to an electrical device. They need to take time to -- so to speak -- "charge"
Advanced Combat and Weaponry Skills -- they know, usually, the basics of all fighting styles and weaponry. They have preferences, and thus have different levels of skill for what they pick up. They are still quite advanced in all fields, though.
{ weaknesses }
Vulnerability -- as strong as Valkyrie are, they are still as vulnerable as a human would be. They can, essentially, die of diseases and old age. Though, they tend to live decades longer than a human, with no physical change to their appearance after a certain age.
Angels -- though they are similar in being, Angels are far more powerful. It is said that Valkyrie and a small garrison of Angels have been warring for years, but it is unconfirmed. There is still evident animosity, though.
Colt -- it can kill anything, including Valkyrie.
Traps -- there are certain traps that can be used to hold them, but such have been lost in the years. It is believed that a slight tweaking of a Devil's Trap usually does the trick, but not many hunters have had much of a chance to find out.
Berserkers -- Berserkers are the male opposite of Valkyrie. Rather than take souls Valhalla, they damn them for all eternity, never to leave. They are just as vulnerable as Valkyrie, but their blood is said to be lethal to a Valkyrie, just as otherwise is the case. A confrontation between the two species brings about immense destruction, but a biological product of the two is said to be a creature that feeds of the souls of human beings, Valkyries, and Berserkers.

[ dream-eaters ]
Dream-Eaters, as is stated in their names, are creatures that feast on dreams. They have varying forms with each dream that they enter, but generally have similar features as they do when they are human. They are usually not hostile, but have been known to veer towards the dark side after eating a few too many nightmares. That, of course, is a true embodiment of being what you eat. All Dream-Eaters have preferences to types of dreams, which leads for them to inhabit areas and stick close to people with the preferences that they have.
{ abilities }
Dream Walking -- they can enter into the dreams of others. They also, to an extent, can manipulate them.
Luck -- it's said that having your dreams eaten through a kiss can provide you with ten years of luck. But, most dream-eaters tend to avoid physical contact of that manner with those they feed off of.
Sleep -- they can induce sleep through a vapor that leaves their mouths. It looks similar to a purple mist that might come out of a fog machine.
Disfiguration -- Dream-Eaters can alter their appearance to replicate products of nightmares. They aren't, however, as strong as the creature they replicate.
{ weaknesses }
Mountain Ash -- it can be used to ward them off, but not to physically harm them.
Colt -- as is stated in it's existence, it can kill anything.
Nightmares -- eating it can have devastating effects on them. Among those effects is a loss of sanity.
Themselves -- in order to give luck out, they secrete a substance similar to venom. This substance, when used on another Dream-Eater, works as a cursive agent within their system. Basically, it melts them from the inside out, very slowly. It can be reversed, but since they are a docile species, the antidote has been lost in the myths that surround them.

Mod
THANKYOU SO MUCH <3 I WILL ADD THIS TO THE LIST IN THE MORNING :)