sorry but there is four rps so i thought it needed it's own folder but if you want to put it into the rp folder that's okay too i guess.

the clans are thunderclan, riverclan, windclan, and shadowclan. be sure to put the clan!!!!!!!!

Could you put this in the character section?

Oh wait, does this rp need a seperate folder?

that's what i figured. i saw how u had it set up but it's four clans, four rp topics...

Okay, keep it the way it is. I just moved it up so the Games could be at the bottom.

I never really rped here. I didn't read the books. I actually rped in one rp, that was similar or the same, but I didn't really get anywhere.

maybe this could be your opprotunity to start rping here!!!

okay....hm....I'll wait until someone makes a character.

Okay...I might not join the group though because I don't want to be in too many rps. I'm going to start High School and I might not have much time to get on.

here it is~
warriors is about these cats. they live in four clans, shadowclan riverclan, thunderclan, and windclan, each with their own territories. each clan has a leader and a deputy that helps the leader and becomes leader when the current leader does or retires. each clan also has a medicine cat that heals the cats and talks to starclan.
starclan is where the dead cats go, unless they were evil, because if they were evil they go to the dark forest. starclan can give the clans signs and prophecys warning them of the future. they have limmited powers. the clans meet once a moon in peace under truce to exchange news, and if they break the truce, starclan will cover the moon with a cloud.
kits become apprentices when they are 6 moons (months) old. as apprentices, they train to become warriors and learn hunting and fighting skills. apprentices are also responsible for feeding the elders and getting rid of their ticks and fleas. when they are ready, they become warriors. warriors defend the clan and hunt, and mentor apprentices. when cats gets really old, they retire and become elders.
warriors and apprentices will go on hunting patrols and border patrols. on hunting partols, they catch food and bring it back. they're not allowed to eat the food they catch until the rest of the clan is fed. but if they catch something on a border patrol, they can eat it. border patrols are patrols that check the borders and renew the scent markers. if they catch another cat on their teritory, they chalenge them, but only fight if nescesary.
when they are born, they get a first pert of their name that the mother cooses, then the second helf id "kit". a warrior name usually consists of an inanimate thing, prey, color, or characteristic, example, berrykit. when they are apprentices, the "kit" becomes "paw". when they become warriors, the "paw" becomes a second name that the leader chooses, they can be body parts like tail, eyes, fur, pelt, nose, ear, ect, or they can be really unique, example "willowshine"

that took me sixteen minutes to write. but now we can copy and paste! :D

I fixed my character, could you check it?

okay but for rank i think you want warrior 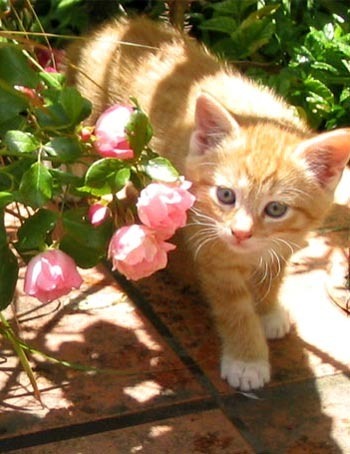 personality: TBA
kin: open
mate: open
apprentice: open
other: No it is NOT Whitefire again!