This topic is about Trapped in a Hall of Mirrors
16 views
TARGET DECK > Connick's Cold War Mirrors.

To celebrate the release of my newest novel, "Afghan Mirrors", the Kindle versions of the two previous novels in the Stephen Connor Cold War Spy Novel Trilogy, "Trapped In A Hall Of Mirrors" and "Funhouse Mirrors", will be available for FREE from Jan 2 through Jan 6, 2018. I hope you enjoy them!

Mod
Michael wrote: "To celebrate the release of my newest novel, "Afghan Mirrors", the Kindle versions of the two previous novels in the Stephen Connor Cold War Spy Novel Trilogy, "Trapped In A Hall Of Mirrors" and "F..."

Happy new year Michael! To celebrate, I've turned this into your exclusive author thread. Feel free to advertise here and discuss your books with readers.

That's very kind of you, Samuel. Thanks!

The most common question everyone seems to ask me about my novels is: "How much of what's in them is real?" Just last night I ran into someone who had just finished reading "Trapped in a Hall of Mirrors" and, of course, they asked me that very question.

So here's my answer:

Most of "Trapped in a Hall of Mirrors" is, in fact, a fictionalized autobiography. The "Colonel" character was based on a real person, and he was both my "client" at the SAVAK (Iranian Secret Police) and my landlord in Tehran. I really lived in the luxurious house described in the book. The Iranian general who spied for the KGB was a real person, and the arrest of his KGB handler by the SAVAK really happened just as described in the novel. Finally, I did end up on an arrest list after the revolution and a fatwa was really issued against me.

After Iran, I did then go on to Vienna and the apartment where my protagonist lived was my actual apartment. The STAPO (Austrian Counter-Intelligence) officer, Franz, was based on a real person. He really did collect Bugs Bunny cartoons.

However, I never killed anyone in Vienna. My real assignment there was pretty boring and so I fictionalized my interactions with the female East German agent and the STAPO mole.

The other two novels are more fiction than fact, although everything in them is as historically correct and as realistic as I could make them. For example, the Soviet "Satellite Destroyer" spacecraft really did exist and was fully operational during the time period described in "Funhouse Mirrors". All of the specifications and operational capabilities described for it in the novel are true. The details of the top-secret STS-4 Space Shuttle Mission have been declassified and everything about it in the novel is factual, right down to the interactions between the crew and the secret mission control facility.

Some other factual items contained in the novels:

Handguns really aren't that lethal and require either multiple shots to defeat an attacker or superb accuracy in shot placement. Serious hand-to-hand combat is over very quickly (usually in less than a minute) with one or both combatants ending up seriously injured. A rear naked choke really will render someone completely unconscious in less than 10 seconds. A good military rifle can be effectively shot out to 300 meters without optics. A sniper rifle really is that difficult to shoot accurately at distances over 700 meters.

So, I hope that puts that question to bed. I'll be more than happy to answer any other questions you may have about the novels.

A Book Launch Reception for "Afghan Mirrors" will be held at the Huntington Museum of Art, 2033 McCoy Rd, Huntington, WV, on Tuesday, February 27, from 7:00 PM until 9:00 PM. All of my books will be available for sale at the Museum Gift Shop and I'll be happy to sign copies during this event. Admission to the Museum is always free on Tuesdays and light refreshments will be available. Hope to see you there! 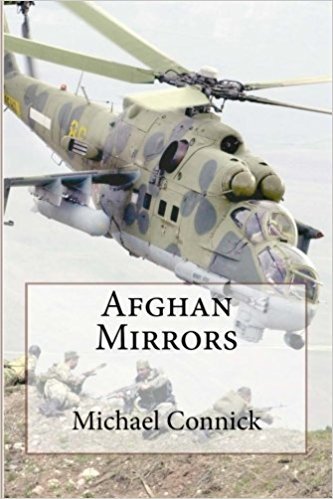 Neat. The Hind does fit that USAF designation "BUFF" quite well.

Yes, BUFF is really the B-52's nickname, but quite appropriate for the MI-24, too.

"It looked like at least 10 MI-24 helicopters were headed our way. This was looking bad for us, very bad. The MI-24 was also known by its NATO codename, the Hind. It was a very dangerous weapon that was actually a hybrid. It was both a heavily armed and armored attack helicopter and a troop transport. It could only carry eight passengers, but is a wonderful assault helicopter and greatly feared by the Mujahideen. They called it "Satan's Chariot". It carried a Gatling-type machine gun and rocket pods. The Hind could carry up to 80 rockets. The Hinds were protected by heavy armor and we didn't have any weapons with us capable of shooting them down. "

Yes, BUFF is really the B-52's nickname, but quite appropriate for the MI-24, too.

Satan's chariot. Such a fitting turn of phrase.

Samuel wrote: "Satan's chariot. Such a fitting turn of phrase."

I can't take credit for that, it's really what the Afghans called the Hind. Everything in this book, as in all my books, is as true to life and historically accurate as I can make it.

Here's an interesting review of "Afghan Mirrors" from Ray Simmons of Readers' Favorite:

"I’m going to be honest here. I loved Afghan Mirrors by Michael Connick. I loved it because, though it is a novel about the C.I.A., a lot of the story involves military training and Michael Connick gets that training right. When an author can explain the pertinent characteristics of an M16 rifle and the differences between it and an AK47, I know he has done his homework. When passages in his story can actually take me back to my military training days, then I know that not only has he done his homework, but he is also a good writer. Michael Connick is a good writer and he has done his homework. I would even venture that he is a veteran, but I could be wrong about that.

Afghan Mirrors is a Cold War tale. It was a different world then, and Michael Connick gets that world right. I liked the protagonist, Stephen Connor. He reminds me of myself and many young American men at the beginning of dangerous government service. This is a character I can relate to. There are a lot of characters in Afghan Mirrors, and most of them are military personnel. Michael Connick gets them right, whether I liked them or not. The plot is good. This is a great spy novel. The action is very realistic, and not overdone like so many novels do. The writing is perfect for the genre. In fact, the writing and the protagonist reminded me of the Jack Ryan character who featured in many Tom Clancy novels. Afghan Mirrors is the third book in the Stephen Connor series and I plan to read the rest."

I'm always fascinated by reviews of my books and seeing what strikes the reviewer as the most important aspect of the story to them. Here this reviewer keys into the military training aspects of the story. In fairness to him, that is an important part of the novel. Yet he doesn't seem to take much notice of the espionage aspects, the conflict between my protagonist and his arch enemy, the descriptions of life in Afghanistan during the Soviet-Afghan War, or even the romance that's a key feature of the story. That's what's really enjoyable to me - seeing what parts of my stories my readers focus on. It never fails to surprise me!

Here's a link to the original review: https://readersfavorite.com/book-revi...

I'm giving away 10 copies of the Kindle Edition of "Afghan Mirrors", a Cold War Spy Novel. See http://bit.ly/2oMi1Fe for details.

NO PURCHASE NECESSARY. Ends the earlier of Apr 3, 2018, or when all prizes are claimed. Good luck! 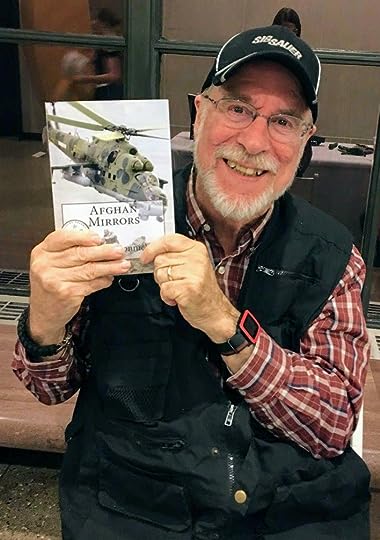 For your listening pleasure, here's my appearance on Hank Garner's Author Stories Podcast. This is something of a big deal for me because Hank interviews heavy hitters in book business like Brad Taylor, Brad Thor, Janet Evanovich, Craig Johnson, Neal Stephenson, Jerry Pournelle, Anne Rice, and Terry Brooks. 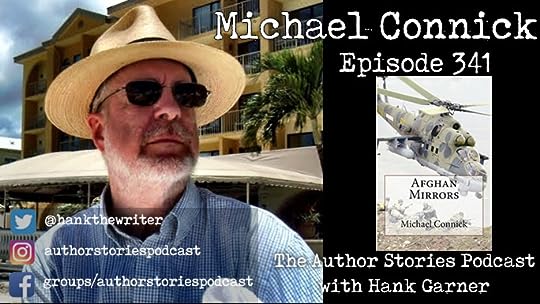