A folder for new books being released and Promos.

I recently released Book 6 of The Journal Series if you'd like to check it out. Book 5 is also on sale this week for 99 cents until January 4th. Or, it should be if Amazon is working right anyway...

The Awakening, Book One in the Zombie Uprising series released on May 21st for $0.99 for a limited time.

The Gauntlet releases on June 4th

The Citadel releases on June 18th

Grab your copy today on Amazon!

Check out the newest Zombie Series! Available now on Amazon:

In this second installment of the Zombies! series the horror continues as Randy and Kelly continue to battle their way towards Florida, Brenda and the girls keep fighting to stay alive and Kyler fights hard to make his way in this new world order. In this book the struggle to survive continues to get more intense as groups come together to keep outsiders out. The Zombies continue to get hungrier and the desperate people of the world grow ever more desperate.

If you enjoy adventure and horror mixed together then check out the Zombies! series for a Dystopian journey through a post-apocalyptic world gone mad.

Free on Amazon until the 15th!

Steve wakes up one morning after a horrible couple of weeks in which he's lost his girlfriend, his job, his savings and the majority of his self-respect. Dragging himself out of bed he sleepily wanders over to the window with a warm bottled water and a handful of Advil. Looking out of his apartment window he sees people running around crazily and a bunch of burning shrubbery. He decides to go back to sleep and see if it all goes away. When he wakes up the next time it turns out the view from his fourth floor apartment wasn't a nightmare. Armed with a blunt samurai sword and some stolen steak knives he ventures out into the fray.

If you like your post-apoc zombie tales to have love, intrigue, adventure, corruption, and more... Love in an Undead Age is probably the book for you. Being released 8/1/19.

Love in an Undead Age

SURVIVING THE ZOMBIE APOCALYPSE was hard but saving the human race might be fatal.

Ten years after the zombie apocalypse a good man is still hard to find… just ask Miranda Tucci. Most are ill-equipped to breach Miranda's emotional defenses and even in what’s left of California’s Silicon Valley there's no app for mending a broken heart. But when Connor MacGuire turns up at nearby Santa Clara University even Miranda begins to wonder if she has finally found someone she can trust.

The Jesuit priests who lead Santa Clara University are the only counter-balance to the ruthless Council that rules The Valley. They have hatched a scheme to break the monopoly on a vaccine for the zombie virus that the Council and its powerful ally, Mario Santorello, control.

As the Jesuits' plan approaches a critical stage, Miranda is recruited to join their mission. Ghosts of her past collide with the present, plunging her into territory both strange and familiar. But it's only the fate of humanity that’s suddenly resting on Miranda’s shoulders. If she can bring her love life back from the dead, how tough can saving the world be?

“A virus, a conspiracy, romance, and zombies. A.M. Geever combines the old standbys to give us a compelling new story you won’t want to put down!”
- SARAH LYONS FLEMING, AUTHOR OF UNTIL THE END OF THE WORLD & THE CITY SERIES 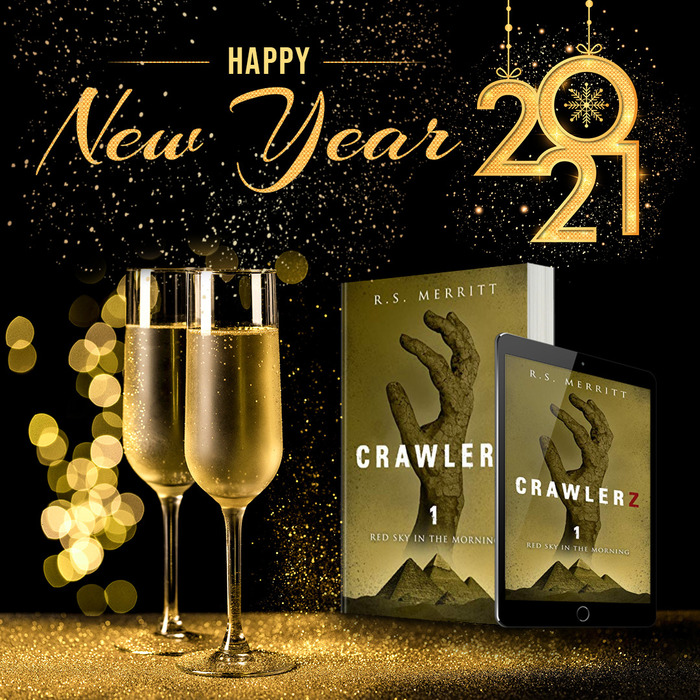 The next book in the Crawlerz series is available now for PreOrder. Should actually be out by the beginning of next month!

With more time to roam the infectious menace of the crawlerz continues to spread to every corner of the continent. It won't be long until nowhere is really safe. With their strange powers and superhuman strength growing daily the crawlerz are poised to completely annihilate the human race. If not in this lifetime then certainly in the dwindling of future generations. Huddled in wretched little holes. Terrified to venture out into the world once the sun sets. Picking away at the slowly shrinking mountains of MREs and canned spam humanity will eventually cease to exist.

Unless they stand up now to the tyrannical cowards supposedly charged with protecting the people there may not be a people eft for the corrupt politicians to exploit. Drew, Yue and LeBron are confronted with impossible choices in this third release in the crawlerz series. Do they choose the easy path or take the one through the mountain pass where the slightest misstep could leave them buried in an avalanche?

Join their journey to see.

This is the third book in the crawlerz series. 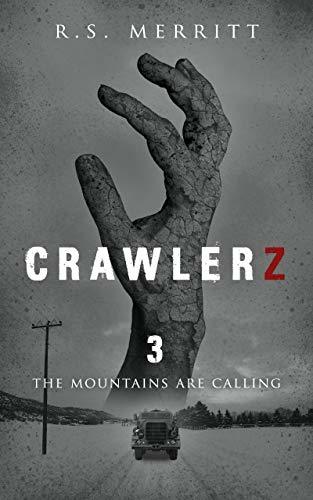 My debut novel, The Rehabilitated is on Amazon. It's set in a military base in England, with a potential cure for the zombies.

Here are the links for it:

Blurb: After living through the zombie apocalypse for two years at a military base in England; all Isabella wants is to go back to her normal life. No rotten zombies, no fear of the base being overrun. When a possible cure is tested on one of the zombies, it's Isabella's job to guard him.

As the days pass, Isabella begins to notice Murray changing. He starts smiling again. He lights up when she walks into the room, always asking to talk to her. He's becoming more and more human and Isabella finds herself falling for him. She must face the forces threatening their relationship and protect Murray from those who are against the cure and trying to kill him.

The FINALE to the Crawlerz Series is out! 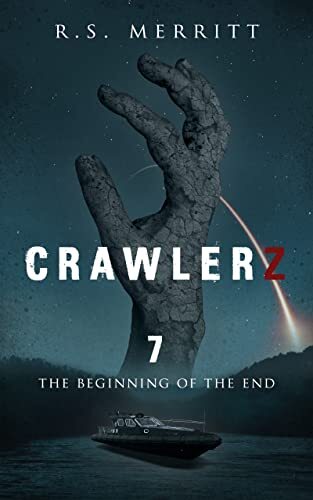 Humanity retreats as the infected continue to mutate into nightmare wielding super psychopaths.

There's only so much that can be accomplished with bullets and bombs against an enemy that just keeps coming. Culling the herd doesn't eliminate all of the strong ones. The truly evil malicious beings that are shepherding their infected flocks to seek and destroy the last remnants of sanity on the continent.

Against this backdrop of universal despair Yue, Drew, and LeBron struggle to navigate the currents of pandemic politics while still doing their best to help humanity survive. Assisted by the remnants of the US Military as well as the infamous Suicide Squad they do their best to fight the good fight. Guided by a strong sense of right and wrong instilled in the three of them by their late parents they're unable to just walk away.

Join them as they once again step up to the plate. It's the bottom of the ninth and bases are loaded with two outs already. The odds are stupid at this point. This trio still has to come up with the courage to swing for the fences though.

The Walking Read - A group for zombies and...