Hiii - could you possibly repost the plot?

Oh 😅 oops, you’re right, I’m on mobile and got confused.

Goal: To have a flowery, romantic, gushy FxF romance.
Idea:
(view spoiler)[ Girl A is a college student about to graduate, Girl B is a "good" preacher's daughter with no aspect of what she wants to do with her life. These women are best friends and have been since they were born, they're families being close as well. Once upon a time they would sit in the dark, in their specific hideaways at their homes and play games and kiss each other.
Of course, this is what children do.
Except, Girl B keeps remembering the taste of the other's kiss. Alarmingly with that, comes feelings that she'd never felt toward anyone else. Not even her boyfriend (who she met at church). Coming from a conservative home and a small town, she didn't know anyone who had the same feelings toward another gender, but they weren't uneducated about the subject.
On the other hand, Girl A never dated, she claimed that school was more important than dating would ever be. The truth is: she never had interest, or maybe the right person just didn't show interest. (hide spoiler)]


Just a small idea, of course if you have any other you'd like to execute, please let me know!

Small wishes:
~Detailed (2+ paragraphs, but quality over quantity)
~PM me if interested

Which character would you want to be? I’m fine with either :)

Is it alright if I’m the college gal?

Or actually, I’ll be Girl B, I’m actually doing this idea with someone else, so I’ll switch roles.

Ok haha that works too!

I don’t do extensive characters, most because I like to be able to have some flexibility when the roleplay starts.

And then ofc whatever else you’d like to add

no worries, I'm going to head to the gym for a bit and then I'll work on mine as well. 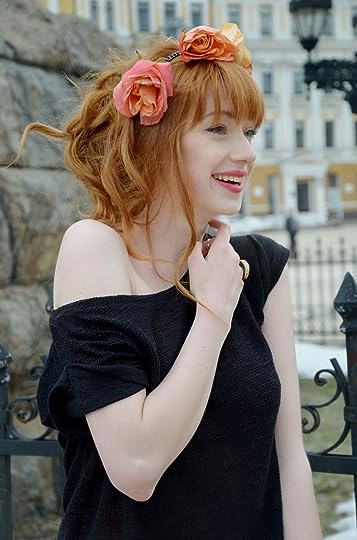 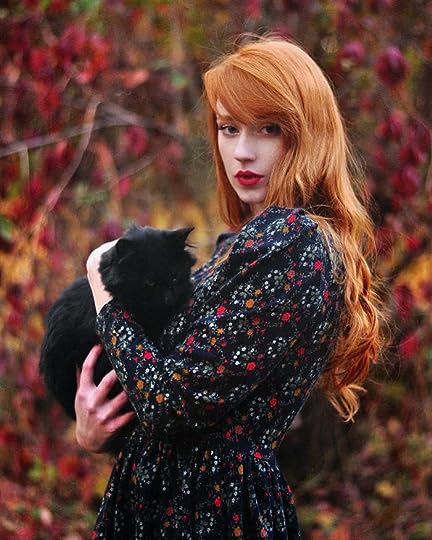 Bio:
Kali has always been the good girl. Throughout school she made perfect grades, worked hard for her clubs, and spent alot of her time for community service. The rest of her time was spent with her best friend, who went to college after they graduated. Despite wanting to also go to college, her family did not have the money for her to do so. Instead, her family pressured her to meet someone who could take care of her. With her father being the town's preacher, he was always attempting to set her up with a guy at church. But she didn't wannt any of that. Something inside of her told her it was wrong - and she felt lost when she stayed at home.

Personality: Kali is a stereotypically shy, quiet person. She gets nervous easily, and relies on painting to ease her mind when she's alone. She's a very mature individual, but also obedient in the sense of wanting to make her family happy.

Nina has always been a bold, passionate girl. Majoring in business she can be quite the trail blazer and her no loud personality and bright red lipstick usually manages to capture people’s attention and keep it on her. She’s also studying Philosophy for the simple fun of it and far too often she’s pulled into deep non-sensical conversations that seem to have no answer. This also causes her to reflect a lot on her own life and be honest with herself. Freshman year she had lots of hook ups and trail and error relationships, but nothing too serious and she’s never actually admitted aloud to dating anyone. Since sophomore year of college she’s been on the straight and narrow, deciding it’s better to focus on her own dreams and her own five year plan instead of wasting her time on frivolous unnecessary things. That or she’s just been waiting for the right person to come back into her life. Either or.
personality / history to be developed more through RP

Niceee, I love her! As far as plot goes, should they see eachother fairly regularly (ofc when your chari went to college it went from every day to every couple of months) or should this be like a reunion of some sorts?

Hmm maybe one of her relatives falls sick after her senior year and she comes home more regularly each weekend. Though like she hasn’t really been back in two years as she has an apartment and an internship closer to campus which makes it easier to stay there and not return home.

okie, should they have some sort of cute smalltown name too??

Sure! I just woke up (I have to work tonight) so if you have a name I’d love to hear.

No idear
Maybe like something creek. Or Greenburg- something basic XD

So, in terms of plot, do they see eachother on the weekends, or maybe on one of the weekends they just happen to run into eachother. Or since they're families are close, the family is going to visit said sick relative and forces Kali to come along?

yessss, simple town name for the win lol.
Should it be some like cute southern small town? Maybe in Alabama or Texas or something XD?
Hmm maybe they haven't seen each other since the holidays//Christmas or whatever but they do keep in contact whether it's texting or sending emails to each other but it's not as frequent as either of them wanted.
And then she shows up at the home or the hospital and it sort of just sparks the friendship again?
Want me to start off?

Mmm, how about Alabama? Lol I'm actually from Tennessee so that's pretty close.

Also that sounds great, yess if you want to

No doubt about it, Nina had done a rather successful job of avoiding her little home town for some time now. Since last Christmas to be exact. She'd even spent the entire summer at her flat near her university, but unfortunately something called her back to town. Luckily enough she didn't work weekends for her internship nor did she do much else but study and hang out with friends. Unlucky for her, Grandma Betty had just suffered from a stroke. Losing her mother at a young age it was often her grandmother who would step in and do the mothering while her father was off either working hard or getting drunk at the local tavern. If it weren't for the fact she knew her grandmother had her two older brother's to look after her she probably would've spent many more weekends in Creektown, Alabama and she couldn't help but to feel a sharp sense of guilt for not being there earlier. Already it had been two days since the occurrence, and with a heavy plate from work her brother's assured her that grandma would be just fine until she got there.
After managing to find a parking spot in the Rehabilitation centers parking lot and for a long while she simply sat in her car and nervously ran her fingers over the wheel. Eventually she managed to pull herself away from the seat and bury her keys in her pocket before she went inside.
Before college she'd actually spent a good deal of time volunteering and manning the front desk and directing visitors to their loved ones, so upon her entry she was immediately greeted with smiles and warm statements until someone took her to her grandmother.

Silence filled the small office sandwiched in the corner of the small church built in the center of Creektown, Alabama. Kali spent most of her time here, settled in the large leather seat of her father’s reading. Despite not being allowed to go to college, she was determined to learn, so she read. Any time she could get her hands on a book, she was reading – even when she was supposed to be rehearsing bible verses. For a moment, Kali pressed her back against the chair and glanced around the room, wondering if there was another universe where was different. Where she lived. But all she did was read and spend time with her parents.

Snapping her out of her thoughts was the sound of a door opening and closing. Kali pulled the bible from under her book to on top, quickly shuffling through the pages in order to find a spot. Normally, her father would be out during this time, blessing others or visiting unfortunate families. The only other person who had a key to the church was Frank, who helped with services and cleaned during the night. Unfortunately, though, her father stepped through the door of the office and greeted her with a grim expression.

“What’s wrong?” Kali tilted her head to the side, her thoughts no longer on the book, but on her father’s expression. Slowly, her father explained to her of the circumstances of Nina’s grandmother. Kali’s heart dropped to the pit of her stomach with the news. Even though Nina was away for most of the time, Kali loved her grandmother like her own, and even more than her own blood. She bit down on her lip and cast her glance down.

“We will be visiting them soon, get ready, and call Momma.” Her father’s steady voice would calm anyone, but not Kali, her heart raced as she quickly pulled on her jacket and slid the book she was reading into her purse. A couple hours later, they arrived at the small hospital. Kali hated hospitals. They intimidated her, but what intimidated her more was seeing Nina and her grandmother in a hospital bed. With her heart in her throat, she followed her parents into the hospital and into Nina’s grandmother’s room.