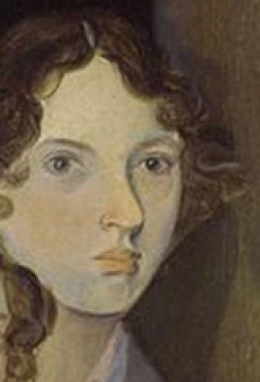 2018 is the 200th anniversary of Emily Brontë's birth. Brontë was the author of Wuthering Heights, one of the great Victorian Gothic novels.

The Gothic genre ranges from romantic suspense to the edge of horror. Set in eerie manors on the moors, isolated seaside cottages and castle ruins, the genre is rife with dangerous family secrets, ghosts either real or imagined, and overflowing with mood. From the sinister to the melodramatic, the classics to the modern interpretations, explore the haunting genre in celebration of Emily Brontë this year.

See the Goodreads Gothic Genre page for ideas if you're not sure what is considered Gothic.

Level 2: Take the tunnel to smuggler's cove
4. The Beetle by Richard Marsh
5. The Haunting of Hill House by Shirley Jackson
6. Gormenghast by Mervyn Peake

Mod
I'll try for Level 1- I think I own three gothics!

Mod
I love Gothics, so I'm going to try for level 3 on this one.

Level 2: Take the Tunnel to Smugglers' Cove
4. The Castle of Otranto by Horace Walpole
5. The Broken Girls by Simone St. James
6. The Widow's House by Carol Goodman

Level 3: Unearth a Family Secret
7. Secrets of the Lighthouse by Santa Montefiore
8. Bellewether by Susanna Kearsley
9. Thornyhold by Mary Stewart

Level 2: Take the Tunnel to Smugglers' Cove
4. The Monk by Matthew Lewis *Read 28 Apr 18*
5. The Private Memoirs and Confessions of a Justified Sinner by James Hogg
6. Confessions of an English Opium-Eater by Thomas de Quincey

Level 3: Unearth a Family Secret
7. Melmoth the Wanderer by Charles Robert Maturin
8. The Moonstone by Wilkie Collins
9. The Name of the Rose by Umberto Eco

My goal level is Wander the Windy Moors.

Mod
I am goanna have to go through my e reader for this one. I nay also re read a few, as I know Kerfol woukd be one for sure. I'll probably post many titles and ask are they gothic in the next few days LOL

Mod
The Touchstone by Edith Wharton should count right? It's not really about a ghost, but rather how the memory of a woman comes between a man and his wife. It is rather melodramatic.

Mod
Jenny, I'm not sure. I've never seen Edith Wharton on any of the gothic lists, and no one has tagged the novella as gothic.

Mod
Definitely feel free to dump a list of books here and I'll help you figure out what will work :)

Mod
Ok, thanks Alli! I'm getting ready to read Tales Of Men and Ghosts by her as well. I know she was a close friend of Henry James, so I'll see how her ghostly stories compare. She has a few Kerfol and Triumph of Night that are gothic ghost stories.

I’ll try this, hopefully to Level 2.

Level 2: Take the Tunnel to Smugglers' Cove
4. The Woman in White
5. The Hound of the Baskervilles
6.

Mod
Finished The Bolted Door by Edith Wharton. It was an intersting murder mystery with family secrrts thrown in. A middle aged man is tired of life and says he murdered his cousin trying to get the death penalty. Noone believes him so he goes looking. for a stranger who will.

I am in! Level One: Wander the Windy Moors at Night

Mod
Jenny wrote: "I know she was a close friend of Henry James, so I'll see how her ghostly stories compare. She has a few Kerfol an..."

I had no idea she wrote ghost stories too - good to know!

Jenny wrote: "Finished The Bolted Door by Edith Wharton. It was an intersting murder mystery with family secrrts thrown in. A middle aged man is tired of life and says he murdered his cousin trying to get the de..."

Mod
Yep, it is! Also free on Kindle!

Mod
Kerfol is good too, and I can recomend that, as long as you don't cry over animals! Kindle freebie as well.

Mod
Just started reading The Eyes by Edith Wharton and had to take a bit to post here- One of the characters is described as "unlikely to take a 'turn'" and a few pages later states he has seen two ghosts. I must wonder, with Wharton and Henry James being friends, if this is way for her giving a wink and nod to him?

Mod
Yea, I found it quite funny to see that! I just finished Afterward, by Wharton as well. It is about a house that us haunted, but the legend goes that when you see the ghost you don't know it till months afteeward. The couple renting it is into ghosts so they make a kind of game of finding a ghost. The husband sees one and says nothing to his wife and he then disappears. A quite creeoy story as it slowly builds. I really am enjoying her short fiction.

Mod
The Letters by Edith Wharton is interesting for its time. A young governess falls for her employer, his wife pases, he goes to America, she inherits a fair bit of money, they marry, and she gives him an allowance, and runs the household. Quute a change from the regularitys of the time!

Mod
Finished nunber 5- A Journey Edith Wharton. A young womans husband dies on the train trip home and she must hide the fact so she will not get put off at the next stop.

I read these and more a long time ago when I was crazy about Gothic.

I highly recommend these titles to anyone interested in Gothic. I think it's important to begin with Walpole because his uncharacteristically short Gothic novel is the first. It introduces all the motifs of the genre.

Next comes Maturin and Lewis with their supernatural horror.

After them comes Radcliffe. This is where the Gothic becomes mature. Radcliffe's five novels are natural Gothic. Everything that appears to be supernatural will have a natural explanation by the end. With Radcliffe it's easy to see Gothic as a subtheme within Romanticism (especially with her "sublime" landscapes and philosophical emphasis on "nature and nature's God"). Her most popular novel is The Mysteries of Udolpho, so I would suggest reading that first.

Austin's novel is a parody of the Gothic. When you have a background in Gothic, you'll appreciate this more. In this book she mentions seven "horrid" novels, which were all real novels that were popular in her day. They're difficult to find now and they're probably not really worth reading except to the scholar or die-hard Gothic fan. I found two of them: The Necromancer by Peter Teuthold and The Midnight Bell by Francis Lathom. They were fun, but not essential reading.

Once you run out of Gothic novels to read, you'll want to seek out books that aren't Gothic but have some of the qualities of Gothic, like Samuel Richardson's Clarissa (18th century), Charlotte Bronte's Jane Eyre (19th century), and Daphne du Maurier's Rebecca (20th century).

And finally, if you still can't get enough Gothic, there's The Gothic Flame by Devendra P. Varma, a history of the Gothic novel, and David Punter's two volume, The Literature of Terror.

Mod
You're right, Susan, I have neglected the original classics in my reading list, although I've read a couple of them already. I'm adding Walpole to my list for this challenge since he founded the genre. I'll add the others to my overall shelf as well.

Mod
I tackled the classic Gothic, The Castle of Otranto. I'm glad it was short! I can see its value in that it was a forerunner for the genre, but I definitely find the more modern ones more enjoyable! Or even the 19th C ones, which have the benefit of being written when novels were a more developed format. This seemed much more like reading a very melodramatic play.

Mod
I liked The Monk better than The Castle of Otranto. That one was really dramatic.

Mod
If anyone is looking for a more modern take on Gothic, I recommend Simone St. James. She writes historical ghost fiction. I just finished The Broken Girls and it was suitably creepy, set in a haunted boarding school for girls.

Mod
I finished A Ghost of a Chance by O. Henry, written in the early 1900's. It is about a wealthy family whose guest sees a workmans ghost. This humiliates them, so when their second guest comes to stay, the son decides to act the part. An amusing short story.

Mod
Found a French gothic short today- It's by Guy de Maupassant and called The Horla. It's about a man who constantly dreams he is being strangled, and when he leaves edibles out, they are gone in the morning. 1887 it was published. Kinda freaky, cause the dream choking is a real disorder.

Allison wrote: "If anyone is looking for a more modern take on Gothic, I recommend Simone St. James. She writes historical ghost fiction. I just finished The Broken Girls and it was suitably creepy..."

Thanks for the recommendation. I hadn’t heard of this author before, but have just bought the book - it looks good.

Mod
I hope you enjoy it, Trisha!