I have some UK and US Audible codes for The Sea-Stone Sword for a possible honest review so if fantasy, magic swords, pirates, dragons and adventure are your thing then do let me know. Message me or leave a reply if you're interested! 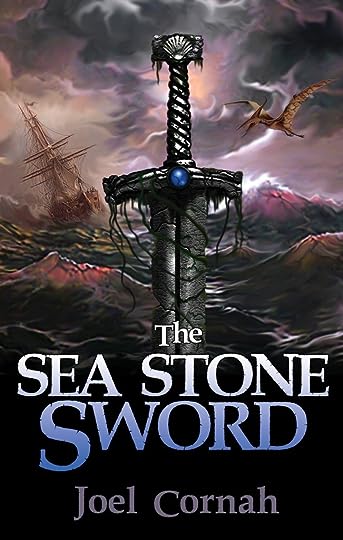 "Heroes are more than just stories, they're people. And people are complicated, people are strange. Nobody is a hero through and through, there's always something in them that'll turn sour. You'll learn it one day. There are no heroes, only villains who win."

Rob Sardan is going to be a legend, but the road to heroism is paved with temptation and deceit. Exiled to a distant and violent country, Rob is forced to fight his closest friends for survival, only to discover his mother's nemesis is still alive, and is determined to wipe out her family and all her allies. The only way the Pirate Lord, Mothar, can be stopped is with the Sea-Stone Sword - yet even the sword itself seems fickle, twisting Rob's quest in poisonous directions, blurring the line between hero and villain. Nobody is who they seem, and Rob can no longer trust even his own instincts. Driven by dreams of glory, Rob sees only his future as a hero, not the dark path upon which he draws ever closer to infamy.

Genevieve wrote: "I have some UK and US Audible codes for The Sea-Stone Sword for a possible honest review so if fantasy, magic swords, pirates, dragons and adventure are your thing then do let me kn..."

I'll give the book a listen and review. PM me the promo code here on Goodreads if you like.

I can do a review by Thursday the 18th

Sonevar@Yahoo.com or Message me on Goodreads

Is this still available?

The Sea-Stone Sword (other topics)