1. Easy Challenge (12 books) Choose a book for each month of the year with one of the supplied words in the title.

2. Hard Challenge. (24 books) Do the same as above, and choose a second word from the supplied list.

3. All books MUST be read in their appropriate month, so this challenge will take all of us the full twelve months.

4. All books must be from our genres of crime/mystery/thriller/ suspense.

5. You can choose to count 'a' 'an' and 'the' or you can ignore them when picking your titles.

6. Choose your level, choose your books and then list and link your choices in this thread. 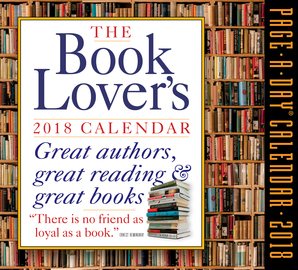 Count me in for the easy challenge please:

Easy Level for me

Mod
Everyone is linked to here :)

Murder on the Mind by L.L. Bartlett 3★

The Secret Adversary by Agatha Christie 3★

Australia's Most Murderous Prison: Behind the Walls of Goulburn Jail by James Phelps 4★

A Christmas Journey by Anne Perry 2.5★

My Lady Judge by Cora Harrison 4★

Antidote to Murder by Felicity Young 4★

A Lesson in Secrets by Jacqueline Winspear 3★

Brenda - Any chance the word "Accused could be added to August? 🙏 😊 Just that I have the book Accused sitting on my bookshelf 😊

Can words be compounded? Like for February - Fear, can I read Fearless?

Mod
Tien wrote: "Can words be compounded? Like for February - Fear, can I read Fearless?"

That's a hard one Tien!!! Will you wait for Brenda's deciding vote please:)

I can see the mods have had fun thinking up this one. It's like a treasure hunt for books!

Mod
Tien wrote: "Can words be compounded? Like for February - Fear, can I read Fearless?"

No sorry Tien, the words must be as listed :) Other than an "s" on the end as in Murder - murders

Mod
Lindy-Lane wrote: "Easy -will post books as i read them.

Hi Lindy, can you list as many as you can now please? They're all subject to change; it helps members choose their own books when we can read each others' lists! Thanks :)

Brenda wrote: "Tien wrote: "Can words be compounded? Like for February - Fear, can I read Fearless?"

No sorry Tien, the words must be as listed :) Other than an "s" on the end as in Murder - murders"

I'll give this a try. May take a while to find the books

Mod
That's the fun part Anastasia :) You're linked up...

Mod
Carolyn wrote: "I can see the mods have had fun thinking up this one. It's like a treasure hunt for books!

The longest part of it was finding 10 words per month that could fit our genres :)

Mod
And to my shame Brenda did it all on her own:(

Mod
Oi! You suggested words which were added in!! lol!

Mod
And to my shame Brenda did it almost on her own:(

It is certainly a treasure hunt for books that fit!

Mod
And that's the fun part isn't it! Books on my kindle especially that I'd forgotten I had!

Brenda wrote: "And that's the fun part isn't it! Books on my kindle especially that I'd forgotten I had!"

That is the fun part! Still have about 3 to find, but will leave it till I have a clearer head!

Mod
Haha! Yes bed is looking good at the moment ;)

Too much Christmas cheer!

I'm in - hard level - some books to be added later:

October - Obscure, occupation, opaque, objection, odd, out, obsession, obnoxious, outlaw, obituary.
The Obsession by Nora Roberts 4*
Out of the Ice by Ann Turner 2.5*

Mod
Jane, your January one needs to be JUST not Justice.. March, you can't use the same word twice (Murder in this case)

Sorry! And you're linked :)

I'm a bit late sorting this one out! Will add books over a couple of days.

An interesting challenge. It took a while to find the titles for this challenge.
Easy challenge
12/12
January - Judas
The Judas Flower (Pereira & Bain: #2) by Douglas Lindsay 3stars

May - Miracle.
The Adventure of the Manufactured Miracle (The Midwinter Mysteries of Sherlock Holmes: #1) by Craig Janacek

July - Jackal.
The Day of the Jackal by Frederick Forsyth

October - Odd, out.
Odd Girl Out by Warren Esby 2stars

Brenda wrote: "Welcome! All linked Lianne :)"
Thanks Brenda - this was fun!

Thanks Phrynne. It's because it was on my "to do" list for awhile lol. New Year Resolution: Stress Less :P And read lots of books!

Mod
Rhondda, the plural is allowed :) And you're linked!


I think it's made everyone think! Including me ;)

March - Murder
The Word Is Murder by Anthony Horowitz

September - Secret
The Secrets She Keeps by Michael Robotham

Mod
Some excellent choices there Amanda :) You're linked!

Mod
Ooh - good books Amanda! You are in for a reading treat:)