Name:
Gender:
Age:
Appearance:
Personality:
Talents:
Other:
What: Why: 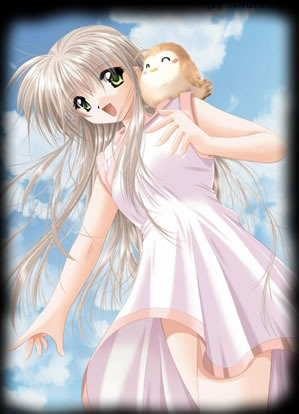 Talents:tbd
Other: Werewolf form, she looks like a little white maltese, or maybe a baby albino toy australian terrier

Werewolf.
Name: Matt
age: 13
real age: 28
personality: quiet, keeps to himself
appearance: brown messy hair and bright green eyes. has a scar that covers the length of his forearm As a wolf his a charcoal grey.
talents: can sense who else is a werewolf and knows where hunters are.
other: His father was a hunter and Matt was able to escape with only the scar on his arm when his father found out about him

Talents:Can jump really high into the air. Can tell who is and isn't a werewolf.
Other:Lives by herself.

Name:star
Age:16
Gender:f
Appearance: http://www.quizilla.com/user_images/G...
Personality: freindly and caring to other hunters and humans
Talents: good at fighting
Other:absolutley hates werewolves
Why: they killed her parents and the rest of her family when she was 6

Kitty
18
F
http://mob281.photobucket.com/albums/...
mixed, not confident
skateboards
doesn't think she's pretty, and can tell hunters and werewolves apart from regular humans.
werewolf
because she gets attacked 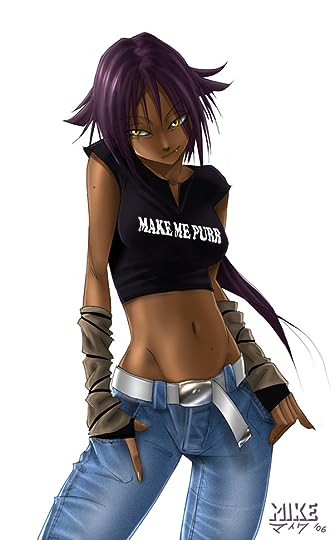 Name: Ari
Gender: f
Age: 16
Age: 16
Personality: utterly confused the majority of the time, completely unused to being a werewolf
Appearance: http://media.photobucket.com/image/an..., http://media.photobucket.com/image/an...
Talents: unknown yet
Other: she and another boy were attacked by a werewolf while on vacation in the woods, now they stick very close together and rely on each other to figure things out

Name: Caius
Gender: m
Age: 17
Age: 17
Personality: understanding, calculative, protective
Appearance: http://media.photobucket.com/image/an..., http://media.photobucket.com/image/an...
Talents: undescovered
Other: Attacked by a werewolf along with another girl while on vacation in the woods, now he protects her and tries to help the both of them cope with being a werewolf in normal society

Name: Sal
Gender: f
Age: 15
Appearance: http://media.photobucket.com/image/an...
Personality: kind,easily frightened, animal lover
Talents: art and music
Other: Ari's best friend and neighbor
What: she's going to be nothing but a normal human for awhile
Why: because I want her to be!

Name: Kai Michaelis
Age: 16 1/2
Gender: f
Appearance: http://images4.wikia.nocookie.net/__c...
Kai is a fair young girl with a petite build and stands exactly 5 feet tall with short raven feather hair. Her short hair frames her pale face and soft features perfectly, while long lashes frame her purpleish blue eyes.
The outfit in the picture is the one she is always seen in.
Hair~ Pure black
Height~ 5ft
Weight~ Around 90Lbs
Eyes: a light blueish purple
Personality: Kai is a very softspoken and cold individual, and truely hates her job. She enjoys being around other people as long as they dont ask her about her past or her feelings towards her job, since hre answer would be that she would rather beat kittens, puppies and babies to death with a club.
Talents: Kai is petite, causing many to underestimate her, but she can hold her own against a pair of full grown werewolves without batting an eyelash. She is a skilled gunsman and swordsman, and carries a large weapon (In pic) around with ehr, though in the form of a small dagger hidden under her large oversized jacket.
Other: She doesnt care for her own safety and purposely puts herself in life or death situations in the hopes that someday she will get killed so she wont have to break her promise to her father and so she wont have to kill anymore.
Why: She promised her father (A Hunter) that she would continue in the family trade, hunting werewolves, though she has no love for the job and continues to regret her promise to him.

Mod
Name: Ray
Age: 15
Age: 15
Gender: Male
Appearance: http://api.ning.com/files/mdHZvw03i*C...
Personality: will develop
Other: Is a werewolf werewolf hunter. He hunts werewolves but IS one himself. He got turned not very long ago, has known Jennifer for a while.

Name:Jasper "Jazz"
Gender:M
Age:17
Age:111
Personality:Pretty laid back, but can be serious when he needs to be. He's a bit awkward also, but is really sweet.
Appearance: http://setokakashiluver.deviantart.co...
Wolf Appearance: http://www.diabloskinz.com/ekmps/shop...
Talents:He can make it seem like no one notices him, and is very stealthy.
Other:He's blind, but is able to tell the location of things by feeling and hearing the vibrations of it, since his nerves and senses are extremely sensitive unlike a normal person or werewolf. He's also never been to school, and if he was to, he'd probably be in the 10th grade, considering he'd need to learn different things at lower grades if he were to pass high school.

Name: Ali
Gender: F
Age: 15
Age:...like...been a Werewolf for...4 months?
Personality: Ali is a very skittish and timid girl, more so after being changed. She tends to act more human then wolf since shes so young, and tends to 'shift' when started or put under to much stress. She is a relatively sweet girl and find it difficult to leave someone injured, even if they were injured when trying to hurt her.
Appearance: http://i257.photobucket.com/albums/hh...
Talents: For some reason she smells human, making it incredibly difficult for someone to figure out she is a werewolf, even other werewolves have trouble.
Other: She lives in the woods and tends to have a playful streak, enjoying sneaking up on people, startling them then running.
For some odd reason she cant fully change. Whether this is permentant or not is unknown, but she only gains ears and a tail, claws and inhanced senses when she attempts to shift.

reply | flag *
message 17: by [deleted user] (new)
Aug 16, 2011 10:32AM
Name: Attica
Gender: Female
Age: 19
Age: her whole life, she was bitten as a baby
Personality: Cold, savage, vicious, a loner for sure
Appearance: http://t1.gstatic.com/images?q=tbn:AN...
Talents: She is of medium height, and strong. She is a skilled swordswomen and can use a whip perfectly. She is unusually fast, even for a werewolf, and anly a few can beat here. She would not win in a fight usuing strangth though. she is strong, just not strongest
Other: http://t2.gstatic.com/images?q=tbn:AN... 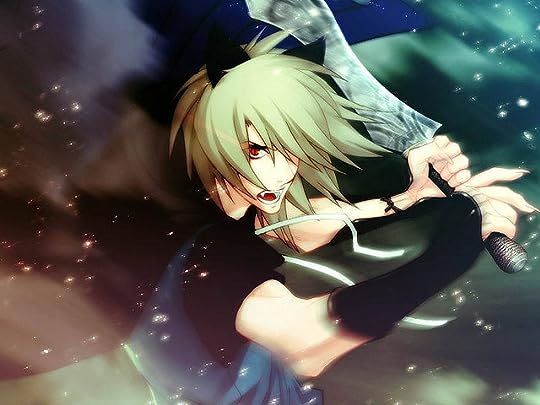 Mod
i can't seem to see your picture. huh.