note: This topic has been closed to new comments.
18 views
Book Of The Month Readalong > BOTM November 2017 suggestions

Here you can suggest a book you'd like to read for the BOTM readalong (+ discussion) of November :)

You can also recommend one of these books (in case you aren't the one who requested it). This will increase its chances to end up in the poll, which will include 6 books :)

Mod
My suggestion would be:

How to Find Love in a Bookshop

My suggestion will be :

Its going to be EPIC!!

American Wolf: A True Story of Survival and Obsession in the West

There are so many October 2017 releases on my TBR.

I'm going to go with Her Body and Other Parties because it's one I already have on hold.

Mod
Mar wrote: "My suggestion will be :

Thanks for your suggestion! :)
Unfortunately I cannot add it to the list, since it hasn't been recently published.

Thanks so much for your suggestion!
Unfortunately the book has to be either a standalone or a first book in a series. Since this book is the second book in a series I cannot add it to the list :(

Mod
Celia wrote: "American Wolf: A True Story of Survival and Obsession in the West

Thanks so much for your suggestion, Celia! Interesting that you chose a non-fiction book! :D
I'll add it to the list :)

Mod
Becca (becandbones) wrote: "There are so many October 2017 releases on my TBR.

I'm going to go with Her Body and Other Parties because it's one I already have on hold."

Thanks so much for your suggestion, Becca! :)

Since there haven't been suggested enough books this month, I'm going to add some books to the list that I think might be interesting new-releases.
Hope you don't mind! :)

The books that will be added to the poll are the three previously suggested books and three books from those mentioned above with the highest GR ratings.

Mod
Thanks everyone for the suggestions!
You can vote on the poll that is up now here 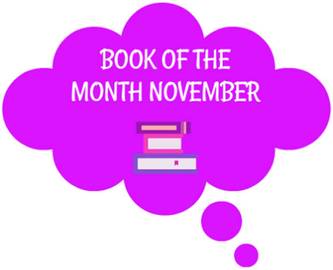