Mod
A thread to discuss the work of John le Carré

I'd wanted to read all the George Smiley books since watching the BBC adaptation of 'Tinker, Tailor, Soldier, Spy' back in the 1970s. I subsequently loved the 2011 film adaptation directed by Tomas Alfredson, which I saw in the cinema, and rewatched a earlier in 2017.

Everything I'd heard about the source material suggested joy and wonder would await and, I’m pleased to report, that’s exactly what I found.

...and, to varying degrees, each is wonderful. Predictably, having reached the end of the series, I was left with a sense of loss. And then, to my delight and amazement, a new George Smiley book, 'A Legacy of Spies' arrived on 7 September 2017.

I can categorically reassure anyone who loves the character and the series that 'A Legacy of Spies' maintains the quality and the plotting that readers have come to expect. I savoured every page.

Anyone else read John le Carré? Or have an opinion, or perception?

I don’t know why it took me so long to start reading John le Carré’s work but better late than never eh?

There also a recent biography, and a memoir for fans to enjoy...

John le Carré: The Biography by Adam Sisman
The Pigeon Tunnel: Stories from My Life by John le Carré

I now plan to read John le Carré's other books. Do you have any recommendations? Or particular favourites? 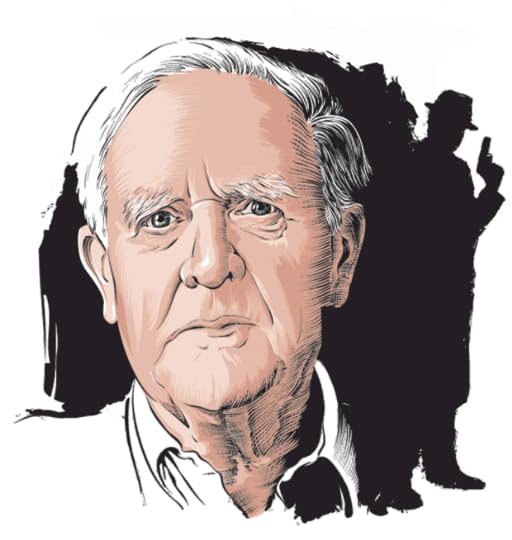 Mod
Nigeyb, if you like La Carre, you will also love (I promise!) Mick Herron. His first novel is Slow Horses and they are absolutely brilliant.

I keep meaning to re-read La Carre, so I can then feast on the new Smiley novel. If anyone is up for a buddy read challenge, please let me know!

Mod
Susan wrote: "Nigeyb, if you like La Carre, you will also love (I promise!) Mick Herron. His first novel is Slow Horses and they are absolutely brilliant."

Thanks Susan - once again you're introduced me to a completely new name. I will add Mick Herron's Slow Horses to my list of books to read.

Mod
They are absolutely my favourite spy series. I really think you would enjoy them - I am often loathe to recommend books, but these have joined my three favourite series: Slow Horses, Bernie Gunther and Shardlake...

is a kindle deal of the day today.

Mod
Thanks Susan - snapped up my copy for 99 pence

Hi, this looks fun. I love a good spy novel and although I have only read a couple of le Carre's books so far, I loved both of them. I have feeling, tho, that his novels are books to grow into. I mean, they seem even better when coming to them after reading less complex stories.

The last time I picked up le Carre (The Russia House) was on the heels of finishing a James Bond buddy read - which made le Carre's skill shine even more in comparison. ;)

I've read The Constant Gardner but don't really remember how I liked it- I remember reading books and watching films set in Africa around that time, the Interpreter included and most left me feeling pretty disturbed.

Susan wrote: "Nigeyb, if you like La Carre, you will also love (I promise!) Mick Herron. His first novel is Slow Horses and they are absolutely brilliant.

I've just read Slow Horses and really enjoyed it, so thank you. The next in series is lined up already.

I've never read any of his books before. (I was listening (rather than actually reading!) to Sean Barrett, but it's all one ...) I was worried if the ending was going to be 'wrong' for my type of enjoyment, but it was just right, I thought.

Mod
Just found "John le Carre: An Evening with George Smiley," on Sky Arts. It is actually on now, 11am, but will probably be on catch up TV.

I've read The Spy who came in from the Cold', picked it up at the airport as a today read. Really enjoyed it.
Could I ask if it is best to read these in order or can the novels be enjoyed a stand alone novels?

Mod
All can be enjoyed as stand alone novels Michael - but I would recommend working through them in order, something I did in 2017.

Sounds like a plan, in order it is! Cheers.

Mod
Yes, I'm anxiously looking out for the next book on Vine/NG.

Mod
It's spying day on Kindle then? JLC and Herron on the same day. Both essential.

Mod
Yes, a day for undercover, covert operations... Download and read alone, then commit to memory.

Mod
Thanks so much Susan - I have downloaded that and will listen to it soon.


By the by, has anyone read anything by Nick Harkaway - JLC's son?

I read Tigerman a couple of years back and really liked it. I must read another book by him.

Mod
Nigeyb wrote: "Thanks so much Susan - I have downloaded that and will listen to it soon.


By the by, has anyone read anything by Nick Harkaway - JLC's son?

I haven't read anything by Nick Harkaway and wasn't aware he was JLC's son. I will certainly take a look, thanks, Nigeyb.

Mod
Nick Harkaway is a very different writer to his father, but I was really impressed by Tigerman

I've now listened to that NPR podcast. The interviewer is terrible but John le Carré is such a thoughtful and insightful person that he shone, as usual. It's well worth a listen. Thanks again Susan.

Mod
Did you watch the programme on Sky Arts, Nigeyb?

Mod
Sadly not Susan - I don't have access to Sky Arts

Mod
Oh, that's a shame. It was really fascinating, but I ended up watching the beginning several times, as it had to be watched in silence and silence rarely happens in my house!

Mod
On the heels of the wildly successful and award-winning series The Night Manager; The Ink Factory, BBC and AMC announce next John Le Carré project...

Following BAFTA, Golden Globe and Emmy Award-winning series The Night Manager (starring Tom Hiddleston, Hugh Laurie and Olivia Colman), The Ink Factory, BBC One and AMC announced today that the next project the three companies will be adapting into a six-part mini-series will be John le Carré’s best-selling literary masterpiece The Little Drummer Girl.

The series will be directed by acclaimed filmmaker Park Chan-wook (Old Boy, The Handmaiden, Stoker), marking his television debut. Florence Pugh (Lady Macbeth) will star. The Little Drummer Girl is set to go into production in January 2018.

Mod
Me neither, though I will put that right before the programme airs.


I missed the adaptation of The Night Manager, and have decided to read that, and also to buy the DVD of the BBC series

Mod
Sounds good. I have never been disappointed by Le Carre, but I don't think Len Deighton worked for me.

Mod
I've yet to read Deighton although the Spybrary Podcast inspires me to give him a try.


John le Carré is in a class of his own. Superlative.

Mod
The latest Spybrary podcast is a discussion with Toby Manning who has just published John Le Carre and the Cold War - yours for an eye-watering £80.

An enjoyable discussion though. 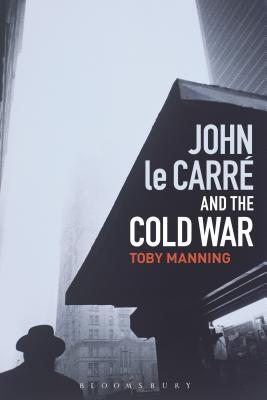 John le Carre and the Cold War explores the historical contexts and political implications of le Carre's major Cold-War novels. The first in-depth study of le Carre this century, this book analyses his work in light of key topics in 20th-century history, including containment of Communism, decolonization, the Berlin Wall, the Cuban missile crisis, the Cambridge spy-ring, the Vietnam War, the 70s oil crisis and Thatcherism.

Examining The Spy Who Came in from the Cold (1963), Tinker Tailor Soldier Spy (1974), Smiley's People (1979) and other novels, this book offers an illuminating picture of Cold-War Britain, while situating le Carre's work alongside that of George Orwell, Graham Greene and Ian Fleming. Providing a valuable contribution to contemporary understandings of both British spy fiction and post-war fiction, Toby Manning challenges the critical consensus to reveal a considerably less radical writer than is conventionally presented.

Mod
It is an academic publisher, which is why, I assume, it is so expensive. I shall put it in my wish list and hope it comes down in price.

If Val's suggestion wins the vote, it may prompt me to read all of the Le Carre books - some I still haven't got to.

Mod
All of the books, or all of the Smiley books?

Did you like all of those, Nigeyb? Which of his are your favourites?

Mod
I've reviewed them all Susan. Smiley hardly appears in some of them. My favourites were the three that form the Karla Trilogy: Tinker, Tailor, Soldier, Spy (1974) / The Honourable Schoolboy (1977) / Smiley's People (1979)

Mod
Was Smiley in the latest one, Nigeyb? I will have to look at all your reviews.

Mod
Yes, although JLC keeps you waiting right until the end for his appearance

Mod
A great article on John le Carré’s A Perfect Spy by Clare Morrall on Boundless (thanks for the reminder Susan)....

Book of a lifetime: John le Carré’s A Perfect Spy
By Clare Morrall

The world of spying, where nothing is as it seems, creates a fertile environment for an examination of identity, argues Clare Morrall

Mod
I have just started listening to Call for the Dead, the first Smiley novel. Very enjoyable and I am hoping to read the whole series, prompted by Val's excellent suggestion for our Sixties read.

Mod
Hurrah. I look forward to your reaction Susan

Mod
I have read it before, Nigeyb, and recall enjoying it very much. I have not, though, yet read the whole Smiley series.

I know I'm a bit ahead of schedule but I've just finished reading The Spy Who Came In From The Cold. Really enjoyed it.

I'm going to go back now and read the first two in the Smiley series then re-read this when we get to the group read - I'd like to read it in a different way on the re-read, trying to pay attention to how he holds the thing together (so deftly!)