Mod
Have anything you would like to be brought to the attention of the Mods? Comment below.

Where do we claim a member of the royal family?

Mod
You can claim a family member here!

Mod
Sure thing!
This world is governed by a figure head (or heads in this case because of the triplets) who has the most powerful abilities to keep their kingdom from falling to other kingdoms who may want to take over. Now, some people have seen a few faults in the rulers and wish that they could abolish the system and be governed by their accord. Hence, the revolt called the Star Children are on the rise and more and more whispers are being spread throughout Astarial.

Does that help a tad bit Abbigail? ^.^

Mod
You're very welcome! Let me know if you have any other questions! :D

Might I just ask where the king, queen and older brother live? And do their last names have to be Silver as well? (Sorry that's a dumb question, but I just wanted some clarification)

Yeah, and is there anything specific I need to know about the queen?

Mod
Bubbles - Since they are the triplet's family, they'll be living in Goldleafe. And yes, the father, mother, and older brother all have the last name of Silver. :D

Elizabeth - Yes! She and her husband have been taken it upon themselves to train the triplets for the reason of becoming the rulers of Astarial. Mum is very strict and has very little tolerance for imperfections. She holds herself fairly well and if any of her children make a single mistake in court or around her, she'll definitely point it out. Privately, of course.

Can I make a star child?

Mod
Of course! :D I'll have a list of the positions among the Star Childrrn so he sure to check it out in the Character List.

Princess Vika is still called Hazel in the group description and history.

I was wondering what does residence exactly mean as well the ability section is it necessary ? How many can animals can you shape shift into?

Do we make all of our characters in our threads and then they get approved in there as well?

What is this contest mentioned? Is this based off of something? Because I have no idea what 'passing the contest with flying colors' is supposed to mean.

also can we use our own templates?

Mod
kyra - The Residence bit means, where do they live. Do you mean if characters need to have the Ability portion? They don't, but it is a nice addition. :-) It depends on what level they are or which one the character can easily transform into. I'd say it would be a max of four if they were Level Helious.

Karnaynna - The contest is to determine who should be the next ruler. Every ten years, the royals hold such a contest to make sure that the ruling of Astarial is still held with power. 'Passing with flying colors' mean that they had scored high enough to bevome the rulers. So long you include everything that was in the original template for this group, I don't see why not. :-)

Could anybody explain to me more about the Star Children?

The Star Children are a revolt against the crown after a hundred years later of an attempt to take over and rule on their own terms. To some, the Star Children are a promise that things will get better, while to the rest, they are something that must be stopped before their plan how into full swing. Among the Star Children, their code is to fix the Wrong in the world and be sure that the tyrants who are abusing their power, must be takendown.

Do you have any other questions? ^.^

So I am in process of creating a character,is it possible that my character was one of the final contenders of the competition,but when put against the Silver triplets she was unable to defeat them?

Mod
Of course! That is totally fine! :D

Also would the competition pit her against all three of them?

Mod
It would, if she was one of the finalist. And since brothers and sisters can team up together, she would've fought all three of them at once.

Mod
Oh no! It wouldn't be overpowered at all! So yes. You can have your character be immune to fire. :D

Out of curiosity, would I be able to make a member of the previous royal family that was deposed by the triplets?

Mod
Alexandria - Do you mean one of the finalist that the triplets had to compete against or the previous ruler(s)?

Previous rulers, I thought it seemed like an interesting position to write for.

Mod
Oooo. Very interesting indeed. I love it! Aaaand I say you should go for it! :D

Can Queen Silver have her suite in the manor?

Mod
Yup! Just send me a description of photos of the suite and I'll have the thread right up for you! :D 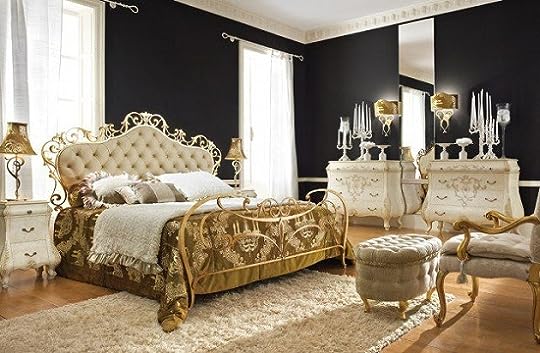 Mod
Brilliant! I'll set it up!

Maya wrote: "Does everyone have the ability to shapeshift?"

Mod
I think it's fine! :-) Go right ahead! Just mention what the name of the group is along with their motives. As well as who is in charge and if the organization doesn't have that many members or not.

What are the members and apprentices supposed to be for?

Mod
Apprentices:
Offering advice to their leaders OR depending on how much their assigned leader trusts them, they will act as the proxies for the leader, should anything happen to them. These guys also learn under their teachers as well. Sometimes, however, both can get so annoyed with each other, that they'll want to have nothing to do with the other person. Sad, really.

Members:
These are the people who do the dirty work for their organization. And it's all under the order from a higher up officer or from the commands themselves.

Who would they work for?

Mod
The members? Or the apprentices? The members would work for anyone who was in a higher position than they are. While the apprentices would strictly take orders under their teachers, the leaders of the organization