119 views
Group Discussion > Looking for a Review Blog to Cover Your New Book?

Are you an indie author looking for a reviewer for your latest book?

I'm looking to help bring attention to indie authors by dedicating (at least) one day a week to reviewing indie books on my blog (https://quirkycatsfatstacks.com/).

If you would like me to review your book, either leave a message here or PM me.

I have a preference for reviewing science fiction and fantasy (this include graphic novels and young adult novels with those subjects), mystery, and thrillers.

If you have any other questions, feel free to ask!

Hi, Liz, I have a thriller/suspense/mystery novel available now on Amazon, and I do not have the number of reviews I need for promo. I'd love to get a review on the books. The synopsis is at http://a.co/htRbaxu. I can be eMailed at www.nick@nickkellerbooks.com. Thanks for your consideration!

Hello Liz!
My name is Rebecca and I'm looking for reviews to my book about Capsule Wardrobe. Will be you interested to read it? For more information https://www.goodreads.com/book/show/3...

Hello, I'm the author of Hygge: The Danish Secrets of Happiness. How to be Happy and Healthy in Your Daily Life. Would you like to review it? https://www.amazon.com/dp/B073WLLJXC

Hi Liz
My name is Guillermo Stitch and my short novel, Literature®, will be available via Amazon and Kindle from July 1st.

I'm happy (delighted in fact) to provide ARC's in pdf, mobi or epub formats in exchange for advance Goodreads reviews.

It's a science fiction noir. Here's the blurb:

We don't get Marlowe though. We get Billy Stringer. And Billy is on nobody's trail.

The day hasn't begun very well for Billy. He just messed up his first big assignment, he's definitely going to be late for work, his girlfriend won't get back to him and, for reasons she has something to do with, he's dressed like a clown.

Also, he's pretty sure someone is going to kill him today. But then, that's an occupational hazard, when you're a terrorist.

He's a bookworm too, which wouldn't be a problem–or particularly interesting–except that in Billy's world, fiction is banned. Reading it is what makes him an outlaw.

Why? Because people need to get to work.

It's fight or flight time for Billy and he's made his choice. But he has to see Jane, even if it's for the last time–to explain it all to her, before she finds out what he has become. That means staying alive for a little while.

Although this is my fiction debut, my work has already garnered praise when privately workshopped with published authors, none of whom were friends of mine. Examples:

"A fine, engaging, playful and original piece of work." Charles Boyle, author of The Age of Cardboard and String and owner of CB Editions, a leading small press in the U.K.

If you have any interest, please get in touch!

You can find the book at https://www.goodreads.com/book/show/3...

If you're interested at all please get in touch.

I'm interested in getting an ARC in mobi format in exchange for an honest review. It sounds like a fun read. You can email it to me at khoffman2409@gmail.com. Thanks, Karon

I have a science fiction/thriller I can offer. Titled, S.Y.P.H.E.N., it tells the story of Sergeant Major Lincoln Boddies and his Delta Force Operators attempts to stop terrorists from using a Weapon of Mass Destruction while they combat a new enemy that could destroy them all. I can get it to you in .MOBI, .EPUB, or PDF. Thanks for consideration, Liz.

Guillermo wrote: "Hi Liz
My name is Guillermo Stitch and my short novel, Literature®, will be available via Amazon and Kindle from July 1st.

It sounds interesting! I would love to read and review it for you. I'm dealing with a slight backlog right now, so if you don't mind waiting a bit for it (and if you do, I understand) I'm willing to help out. Thanks for reaching out!

I have a science fiction/thriller I can offer. Titled, S.Y.P.H.E.N., it tells the story of Sergeant Major Lincoln Boddies and his Delta Force Operators attempts to stop terro..."

Oh! I have definitely not had enough science fiction in my life lately! I'd love to read and review this for you. For the sake of honesty I am dealing with a bit of a backlog (trying to get to earlier requests first and everything) but after that I'm more than willing to read this one, if you still want the review!

Sure, Liz. Tell me when the best time is to send it and what format you need it in. Thanks!

I would appreciate your interest in reviewing my Young Adult Science Fiction and Fantasy story. I have sent a request to add you as a friend, too.

JK Rowling v George Lucas in a new adventure about a boy-turned-metahuman who must stop a dark lord from completing an intergalactic empire. 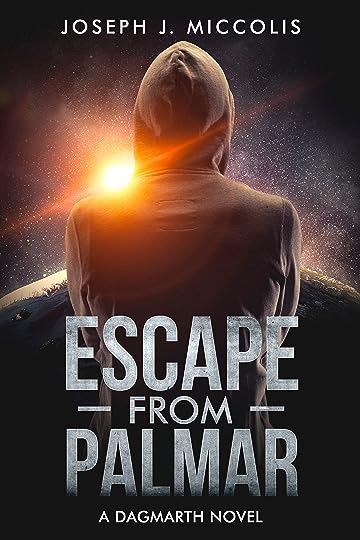 I will be looking shortly for ARC reviews if you are still reviewing indies!