12 views
Sculpture > Compare Rodin with Camille Claudel What do YOU think?

I read the book Camille: The Life of Camille Claudel, Rodin's Muse and Mistress a few years ago. IMO I love her work so much more than that of Rodin, though he is much more famous.

These are some words said from her brother, Paul Claudel regarding each of their sculpture:
"the art of that sculptor (Rodin) is the heaviest, the most materioal there is; indeed certain of his figures cannot release themselves from the clay in which they are enmeshed. It seems as if each of these embracing bodies is trying to return to the primal lump... on the other hand "the sculptural object, for her, is what has become capable of being detached, what can be gathered up and possessed between intelligent hands...the spectacle we observe are animated by various movements whose composition at certain solemn moments of duration, in a sort of lyric ejaculation, invents a kind of common figure, a key to an assemblage of movements, which we call the motif"

What do you think? What are your own observations in some of the works of each of these artists? 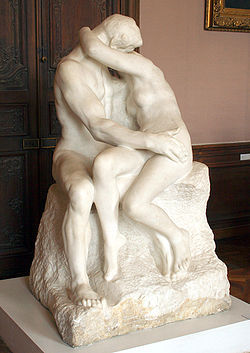 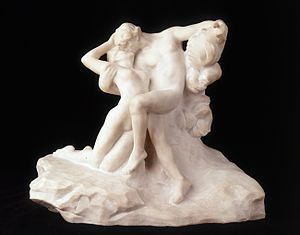 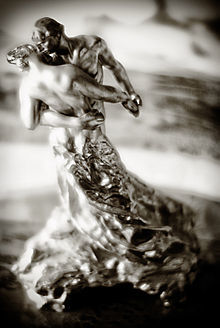 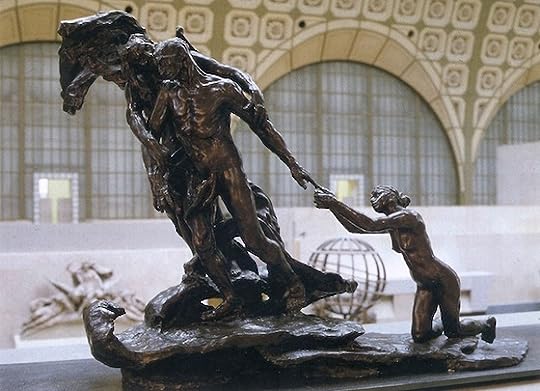 I would have to say Rodin, and not because of the reputation. I like that the figures are carved out of the natural elements that remain in the sculpture. I also prefer the white stone to the darker hue.

My first impression of THE WALTZ was that it was a hummel or some figurine that you would attach to the hood of a Rolls Royce. There´s a chintzy quality to the piece that I can´t shrug off.

The AGE OF MATURITY is misnomed and melodramatic.

While it's certainly not fair to judge either of them from only the examples presented here, my reactions were similar to Geoffry's. Although I also hate Rodin's "The Kiss" so there's that. I think for Rodin's best work you have to look at the Balzac monument, the Burgers of Calais, the Gates of Hell (which incorporates a small "Thinker").

Geoffrey wrote: "
The AGE OF MATURITY is misnomed and melodramatic."


Now why do you say this, Geoffrey? Do you know the meaning behind the piece? What it represents? What does it mean to you that makes it "melodramatic".

Lobstergirl wrote: "While it's certainly not fair to judge either of them from only the examples presented here, my reactions were similar to Geoffry's. Although I also hate Rodin's "The Kiss" so there's that. I think..."


I partly agree with you, LG, the Burghers of Calais and the Gates of Hell are phenomenal! I've seen that one in several museums and just the massive size of the Gates is awesome! In the sense that they make one feel miniature next to them.

Though my opinion on The Waltz varies greatly from both LG and Geoffrey. IMO it is one of the most sensual, tender, romantic sculptures I've ever seen. The sculpted flowing material of her gown creates a sort of movement in a fixed object. I would not feel that sensation on a Rolls Royce symbol.

Camille: The Life of Camille Claudel, Rodin's Muse and Mistress (other topics)