Mod
Spotted a good deal at Audible that could be of interest to other Reading the 20th Century group members? Please share the good news here.

Mod
Not 20th century, but I was excited to see that today's Audible daily deal is Hard Times by Dickens, read by Martin Jarvis, for £1.99 - usually £19.99. I've snapped this one up.

Mod
Yesterday I downloaded three BBC drama adaptations of Lord Peter Wimsey books and I also pre-ordered the new drama of Murder on the Orient Express. They sounded like perfect cosy crime for the Christmas holidays :)

For my birthday I had my husband get me the audiobooks of Les Parisiennes, New World Coming, and The Curse of Beauty. He keeps up better with the sales and deals and I just tell him when I want something in particular that I can't find on Overdrive through our library.

The Secret Agent is based on an actual attempt made in 1894 to blow up the Greenwich Observatory. A labyrinth of greed, corruption, and betrayal, it is the most darkly humorous of all Conrad's tales.

It follows a European secret agent, Adolf Verloc, 'a London shop owner' with anarchist leanings who becomes reluctantly involved in a plot to blow up the Greenwich Observatory. Full of great characters, melodramatic irony and psychological intrigue the tale is far from simple, involving politicians, policemen, foreign diplomats and London's fashionable society. 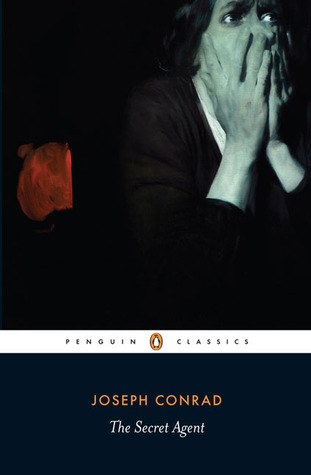 This classic was written at a time when terrorist activity was increasing. Due to its themes of anarchism, espionage, and terrorism, the book still retains great interest from its audience and was regularly cited by the American media after the September 11 attacks. The New York Times described it as acquiring 'a kind of cult status as the classic novel for the post-9/11 age.'

Though the story did not attain popularity during Conrad's lifetime it is still considered to be one of his finest novels.

Narrator Biography: Having studied at the Central School of Speech and Drama in London, David Horovitch has had a television career spanning over 40 years. One of his most notable roles was in 1984 as Detective Inspector Slack in the first BBC Miss Marple adaptation The Body in the Library. Due to the success of his character, he returned for four Christmas specials. He has had roles in other shows such as Just William (1994), Foyle’s War (2002) and Wire in the Blood (2005) as well as film appearances in The Young Victoria (2009), 102 Dalmatians (2000), The Infiltrator (2016) and Mike Leigh’s Mr Turner (2014). A long time star of the stage, in 2015 he played the role of George Frideric Handel in All the Angels by Nick Drake at the Sam Wanamaker Playhouse. As well as narrating numerous audiobooks David Horovitch narrated Audible’s multicast drama The Oedipus Plays.

I think Audible UK has a much better selection than here in the US... *sighs deeply*

Mod
I must admit I'm quite excited about listening to The Secret Agent, having snapped up my copy.

Lots of reasons not to move to the UK at the moment Haaze. I love the place, but these are tumultuous times we're living through.

Yes, well, I think I will pass.... (dreams about an audio copy of the Secret Agent)

Mod
Yes, while we've had Dickens and Conrad. Obviously, somebody in charge of the UK audible offers wants to improve our reading :)

Mod
This morning we have Monarchy: England and Her Rulers from the Tudors to the Windsors by David Starkey. Three good choices in a row, can't be bad!

Susan wrote: "This morning we have Monarchy: England and Her Rulers from the Tudors to the Windsors by David Starkey. Three good choices in a row, can't be bad!"

This is kind of fun, i.e. comparing the UK with the US in terms of the deal of the day. I wonder what type of "delight" that will be available on this side of the pond? I have very low expectations....

Mod
We have our standards, Haaze. Apparently, our audible representative expects great things from us. I await your offering with great excitement :)

The Audible representatives should be elected! Besides, they should have themes for the members. E.g. one could be a classical member or a modern literature member or a garden book member etc etc. Each receives offers specifically linked to their interests.
*wishful thinking*

Hmm, a bit better and in the realm of more interesting works. A Swedish novel with a film linked to it. I did enjoy the movie. Did anybody read the book? How was it? 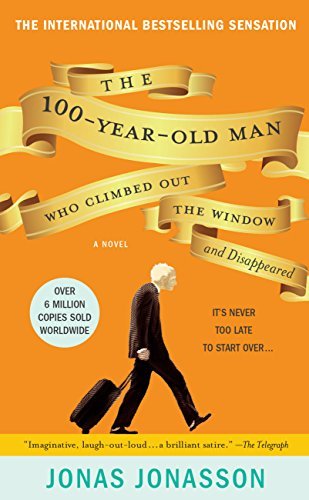 Mod
I haven't read it, but I agree it is better than yesterday's offering.

Mod
The UK has The Ruby in the Smoke today.

This sounds familiar. Did BBC make a TV show/series based on these books?

Mod
Not sure. I think it's a children's book?

BBC did make a show of it. It's a mystery. Not a kids book. The program was pretty good. Haven't read the book it was based on.

Mod
I think they are children's/YA books, Barbara. I remember my kids reading them.


The Ruby in the Smoke by Philip Pullman for £1.99

An unabridged reading of Philip Pullman's nerve-shattering thriller, set in the murky streets and opium dens of Old London.

When 16-year old Sally's father drowns in suspicious circumstances, she is left to fend for herself in Victorian London. Although she doesn't know it, she is already in terrible danger.

I only know his 'Dark Materials' trilogy which was stunning.

Seriously? Is that a joke?
The book is free on Kindle unlimited and cost $4.99 for "other" customers. To charge $17 for the Audible version is bizarre. Typo? Maybe they will pay you $17.46 if one reads it? Nah, I would refuse to read such a... [choice of word here] book. This is actually really funny but soooooo sad at the same time.

The Audible decision makers here in the US must be illiterate.

Susan wrote: "I think they are children's/YA books, Barbara. I remember my kids reading them." Looking at the description, I see they ARE YA books. From the BBC show, they didn't seem like it. Obviously, I don't know what I'm talking about!

Mod
I don't really like labels on books, Barbara, I just remember buying them for my own children :)

is a funny, quirky very original book -worth a look!

I listened to this through Audible channels for free and thought it was quite funny. It is sort of a Swedish version of Forrest Gump in that the main character interacts with all these famous people throughout his life (usually by accident as in Forrest Gump).

Mod
Today, in the UK, our offering is: The Legend of Sleepy Hollow

Mod
The Things You Can See Only When You Slow Down: How to be Calm in a Busy World

Mod
Today is The Bone Field

Mod
Recent offering have been a bit so-so, but today's is a goodie:
A Spy Among Friends: Kim Philby and the Great Betrayal

I love Ben Macintyre's books and enjoyed this one very much:

Kim Philby was the most notorious British defector and Soviet mole in history. Agent, double agent, traitor and enigma, he betrayed every secret of Allied operations to the Russians in the early years of the Cold War.

Philby's two closest friends in the intelligence world, Nicholas Elliott of MI6 and James Jesus Angleton, the CIA intelligence chief, thought they knew Philby better than anyone, and then discovered they had not known him at all. This is a story of intimate duplicity; of loyalty, trust and treachery, class and conscience; of an ideological battle waged by men with cut-glass accents and well-made suits in the comfortable clubs and restaurants of London and Washington; of male friendships forged, and then systematically betrayed.

With access to newly released MI5 files and previously unseen family papers, and with the cooperation of former officers of MI6 and the CIA, this definitive biography unlocks what is perhaps the last great secret of the Cold War.

Mod
I can't wait to read that one Susan

My knowledge of the Battle of Waterloo is - frankly - very little, but this looks very interesting.

If you think this looks your cup of tea, then

Trafalgar by the same author is currently £1.99 on kindle.

Mod
It's So Easy: And Other Lies

Mod
Today is a goodie - Atonement

(which I still haven't read!).


A goodie indeed. I used to love Ian McEwan as a youngster but he's another author I lost touch with after the first few novels so I will take advantage of this bargain, and look forward to reacquainting myself with his work.

Mod
Ooh, I'm very interested in Shackleton, but really I want a lot of illustrations rather than an audio version.

Judy wrote: "Ooh, I'm very interested in Shackleton, but really I want a lot of illustrations rather than an audio version."

I think I have this on Kindle. I really enjoyed the Caroline Alexander book, The Endurance: Shackleton's Legendary Antarctic Expedition. Excellent photographs. Mine also 4 postcard sized photographs (I think I have been using them for bookmarks).

Mod
Jan C wrote: "Judy wrote: "Ooh, I'm very interested in Shackleton, but really I want a lot of illustrations rather than an audio version."

I think I have this on Kindle. I really enjoyed the [author:Caroline Al..."

Thanks for the info about the Caroline Alexander book, Jan. It sounds very good. I saw a TV drama about Shackleton a while back, and also one about Scott, which I have since mixed up in my mind.

Mod
Entrepreneur Revolution: How to Develop Your Entrepreneurial Mindset and Start a Business That Works