Mod
This topic is for Hiruko, meant to keep track of cats or to be used as a personal workshop.

Personality: When he first joined the Clan he was a bit fearful, not knowing who to trust or if he was even safe. He mostly kept to himself but he slowly found his place there. Nowadays, due to his past he is quite serious, he can be playful and joke around at times but it isn't often. He can come across as cold but he only wants what is best for others. He is very caring to those he is close to. He is a bit lazy in the mornings, wanting to sleep late but once he is fully awake he is ready to help around camp.
Abilities: Average

History: He wasn't always a part of the Clans. He was born in the forest and abandoned because he was the runt of the litter. His name then was Speckle. He was left to fend for himself until he came across Clan territory. A patrol had encountered him and he was allowed in. 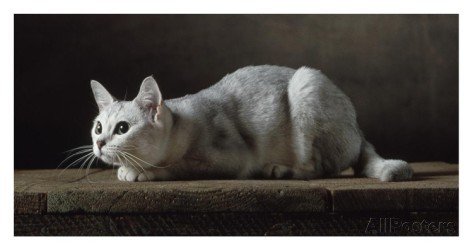 Personality: curious about Clan lifestyles, alert, admires the Clan cats, would love to learn how to hunt, quiet, tries to stay out of the warrior's way
Abilities: average

Likes: cats who don't judge, how caring the Medicine Cat is, the warmth of the Nursery, the scents of the forest
Dislikes: rude cats, she strongly dislikes Twolegs, being abandoned

Family: parents are unknown, her father is deceased but her mother is still alive somewhere. she has a sister who is alive as well.

History: she was born outside the Clans, her father died of illness when she was a moon old. her mother took her and her sister closer to the Twolegplace. when she was 2 moons old some Twolegs found them and took their mother away and tried to take them too but they ran off into the woods. they tried to struggle to survive until one night when they were 3 moons old there was a bad storm and they got separated. Mistkit tried looking for her sister but a dog found her instead and almost killed her but luckily she fell into a hole. she was cold, hungry, had some scratches, and was exhausted. while she was asleep a patrol from RiverClan found her and brought her back to camp and she spent a moon in the Medicine Den recovering.