Some useful links to Ama, its chapters and explorations.
Book excerpts...

A glimpse into Ama-s chapters...

“Seated on a panel with her fellow writers, Maltese-Serbian novelist Nataša Pantović has been known to use slam poetry to perform her poetic body of work. 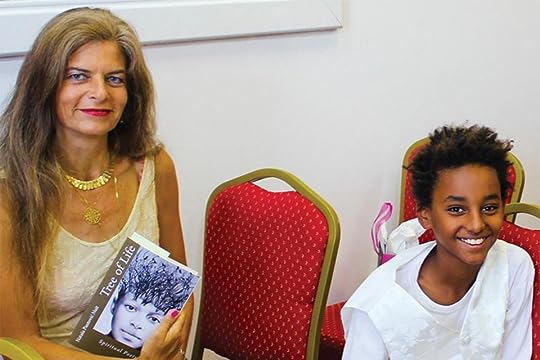 "Like her prose, the improvised words, tribal music, percussionist sounds, lengthy ‘aum’ chanting, are neither too preposterous nor too earnest but endlessly curious. A bridge builder between East and West, following ancient archaeological findings, she often dives into historic settings more than 2,000 years back in time.
In her novel, Ama: Playing the Glass Bead Game with Pythagoras, the 52-year-old author makes a bold swerve into less-traveled territory. She chooses for her protagonists  Ama, an African priestess, living in China’s Macao in the 17th century; Ruben, a Portuguese Jesuit priest; and Fr Benedict, an Orthodox Christian.”