Name:Violet
Age:5 Years
Gender:Female
Sexuality:Straight
Species:Velociraptor
Personality:Violet is extremely energetic and loyal. She is social, and is ranked at an IQ level of 110. Violet hates being on her own but is extremely fierce towards other humans except for her trainer, Sara. She would defend Sara until she died
Appearance:
Shape: https://i.pinimg.com/736x/dc/56/4d/dc...

Violet is thin and lean. Her small size enables her to fit through small places and run faster than the others. She is blue and brown with wide violet eyes

History: Violet hatched with whit eyes and no pupils. She was thought to be blind until she was let into sunlight. Her eyes turned purple, and her pupil seemed to form. Violet has been through many tests, but it is unknown how the sunlight gave her the power of sight.
Kid Friendly?No
Dinosaur Friendly?Yes
Adult Friendly?No
Environment / Habitat: RaptorPen
Trainer:Sarah
Mate:None
Other:
~Only dinosaur ever recorded to have violet eyes

It's good lol
Just got back from Dave-And-Busters

I got a Freddy Pop Figure and a Nightmare Bonnie Pop Figure. I didn't get the Springtrap though :(

I have a giant Freddy plushie

Name:Kyanite
Age:15
Gender:female
Sexuality: straight
Species: indomnoraptor (indominus velociraptor)
Personality:kind but lonely afraid to talk to some males
Appearance: silver and mahoganey with wings
History:unknown she was found by a worker in a field
Kid Friendly? yes very
Dinosaur Friendly? very but can be shy
Adult Friendly? yes very
Environment / Habitat: caves and forests
Mate: none but very much likes alot of the males
Other: she is a very awkward creature and is very curious looking especilly the winged part 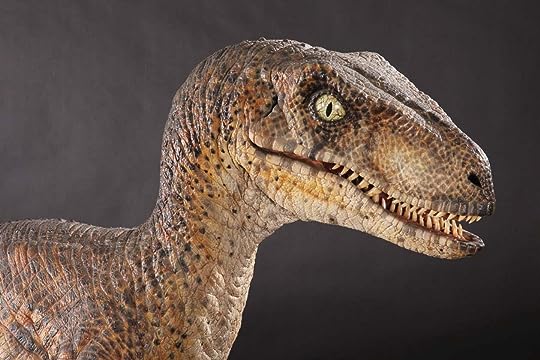 Freddy has small scratches on his side from fights with his siblings. Surprisingly, he doesn't have many 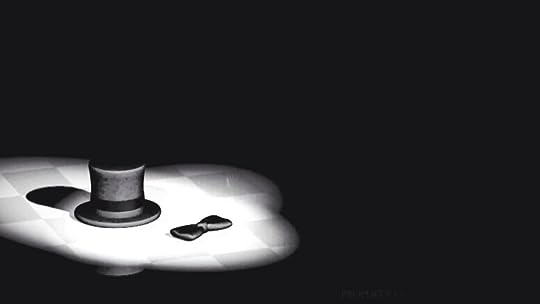 Freddy was the first to hatch out of the 6 raptor sibling family. He always took charge and responsibility of things. The raptor taught his 4 siblings how to hunt and avoid the humans guns and 'weapons'. He was rated with an IQ of about 178. Freddy officially met Vincent when he was 5 years old. Immediately, the raptor had his doubts and felt strong hatred for him:

..Freddy blinked his eyes open, focusing on the metal caging his head was trapped in. His light blue eyes focused on the human with a white coat. The raptor always hated the daily check-ups. His eyes wondered towards his siblings, who seemed to have given up on fighting the cage that trapped them. He sighed, "Stupid humans" he muttered, making a hunting call as if to warn the doctor that he was in a furious state. Though Freddy's jaw was firmly held shut, it seemed like the wire would snap at any moment, freeing him. He glanced at a new human that had eagerly entered the pen.
.."So, this is Freddy and the gang?" The energetic human asked, examining them silently.
..Freddy rattled the cage once again, making the human jump back
.."I'd stay away, Vincent. Freddy isn't the most jolly raptor" The doctor muttered under his breath, giving the five raptors a quick glance.
..The human named Vincent glanced at Freddy, setting his hand on the cage. "This is Freddy? He's bigger than when he hatched" the only response the man got was an eye-roll.
..Freddy felt the urge to snap at Vincent. How dare he just carelessly rest his hand on the caging! His blue eyes examined Bonnie, who was surprisingly silent. The raptor let out another hunting call, causing his blue sibling to rattle the cage as well.
..Bonnie growled as soon as he heard the call. He could tell that Freddy knew something was up. What an idiotic human the raptor thought with sudden annoyance. He glanced at the others, who were surprisingly silent as well. Maybe they thought Freddy was just being the stubborn control-freak that he usually was.
..Vincent leaned to meet Freddy's gaze, patting the raptors muzzle gently.
..Freddy quickly reacted, moving almost enough to snap at Vincent's hand
..The human leapt back quickly, "Fucking Freddy" he smirked, almost as if happy with the raptors fierceness. "When can we add in Goldy?" he seemed too excited to possibly be worried about the caged raptors.
..The doctor shrugged, "Maybe in a month. I don't want them eating him! Besides, he's the only real golden raptor we've ever gotten! Getting even a permanent scare on that prized dinosaur and our entire attraction might be ruined!"
..Vincent nodded, though his focus seemed to be somewhere else. Freddy could tell that they'd have a fun time ripping that human limb from limb

Freddy isn't afraid to get his talons dirty if it gets the job done. He's the first to get to an employee that fell into the pen, and definitely the one that kills him/her.

No matter what, Freddy will always be by his siblings side. He'd never leave them, but would do anything to save them.

Freddy enjoys exploring any part of the pen that is new. He enjoys a nice surprise, especially a delicious one.

In that pen, Freddy gets what he wants or there might be blood thats spilled. And it definitely won't be his blood. He gets it his way or no way at all. Freddy is often the first to resist

Freddy is extremely strict and sticks to the rules. Well, his rules of course:
-Any human that falls in the pen is food
-Freddy gets to have the final blow
-Don't disobey Freddy
-Humans are not to be trusted

Details
~Freddy was the first born, followed by Bonnie, Foxy, Chica, Mangle and Cupcake. Goldy and Springtrap were added to the family, though Springtrap isn't exactly accepted into the pack.
~Humans call the pack the Fazfucks because that's what Vincent calls them when one of the raptors bite or get too close to him 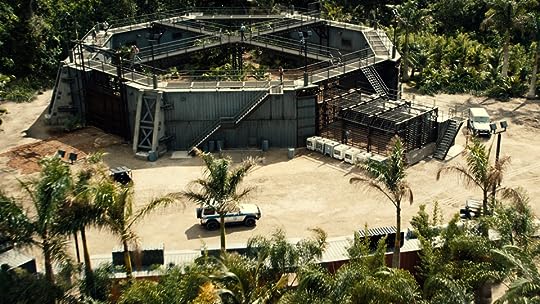 Thank you! Freddy says I hate you thank you! :P

☫§≬•Moonwatcher The NightWing Dragonet || Chara The Determined SOUL || Proud Undertale Fan || ~Wounded, Not Lost.~ || Winterwatcher ||~•≬§☫ wrote: "Please do not steal or copy any part if this character sheet or character itself! I worked really hard on it and will not tolerate to have it plagerized! Ask my permission to use anything here!

Poor Goldy :( He just wants to be accepted! xD

Name: Tyranno
Age: 16
Gender: Male
Sexuality: Heterosexual
Species: Tyrannosaurus
Personality: Active. Tyranno tends to be energized. He can pump up other Tyrannosaurus. He may become upset if he doesn't exercise for a period of time.
Appearance: He has orange scales across his body. His eyes are dark blue and his claws are red. His two arms are small but in the night time his left arm looks like a sword and his right arm looks like a shield.
History: He grew up as an active reptile. It was very flexible and healthy. He always made sure he was fit and always ran and kept his eye on his diet.
Kid Friendly? Yes
Dinosaur Friendly? Yes
Adult Friendly? Yes
Environment / Habitat: He lives in plain with luscious long grass. There were so many food for him to devour but he only eats when he really needs to.
Trainer:Tyranna
Mate:Tayor
Other: