Mod
Normie's don't attend GSG they attend the normal schools but they interact with those with powers in the town.

ᐧMood character is most often in:

ᐧCharacter is most at ease when:

ᐧIs this soft spot obvious to others?

ᐧHow he would spend a rainy day:

ᐧRace/Species: Caucasian/Cyborg
In former life, Jeremy was a werewolf. Has faint traces of lupine venom still in him...

ᐧGender: Male
He, him, his 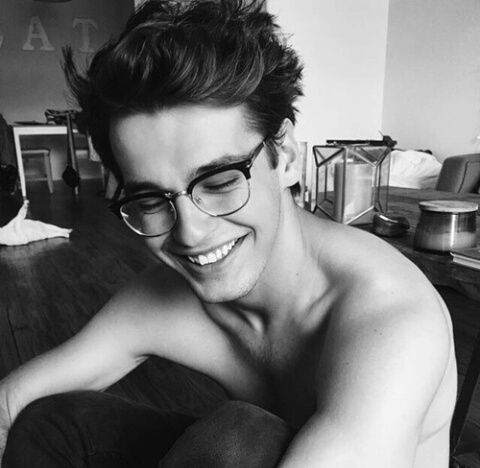 ᐧGlasses or contacts: Not exactly...?? Enough werewolf blood left him that Jeremy's eyesight isn't as bad. He still wears glasses, but they're more like safety glasses-there's a computer connected to his left side brain in ONE eye of the glasses. Left eye mechanical, he suffered a bad accident and damaged a lot of his left side-hurting his right side as well.
(view spoiler)[ 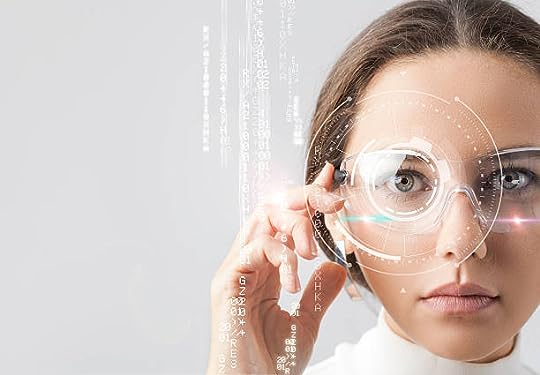 (hide spoiler)]
His glasses DO NOT look like the ones in the pic above, his "Appearance" pic with the glasses is what his glasses look like. They're black and gold, since silver bothers him still.

ᐧDistinguishing marks: His strange golden/amber brown eye, the multitude of scars on his back (if you ever see his back, that is). His left eye is bionic, his left hand up to elbow is robotic (view spoiler)[ 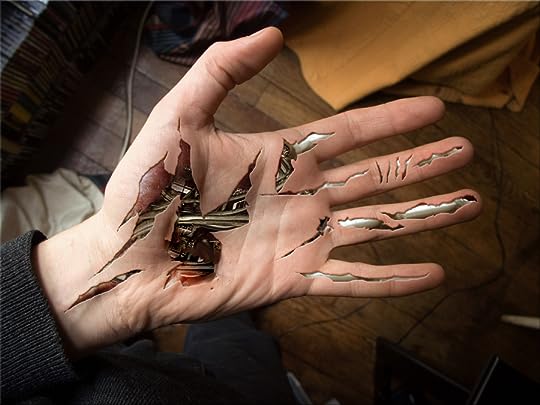 ᐧBad personality traits: With a constant headache and pains when the full moon comes, although he can no longer change into a wolf, Jeremy still experiences the werewolf's urge to hunt and live the life of a wolf during full moons. Goes a bit crazy/murderous and completely carnivorous (will only eat meat) for however long the full moon can be seen or "sensed". Another trait that can be seen as bad is Jeremy's undying need to be in a group/a part of something, like a pack. Becomes lonely and somewhat suicidal when left alone too long, or overprotective/borderline possessive of the first person who shows kindness/loyalty to him after he's alone for many days-weeks even. Jeremy will not fight unless he has to, as said before, but if you enter his "territory" or take anyone/thing that is his, he will gladly take you on: one on one. When left as a "lone wolf", Jeremy becomes reckless, moody, changing from flaming angry to sad as anything you've ever seen. Feels trapped in small places/claustrophobic, which makes Jeremy panicky. In fact, mono-phobia and claustrophobia are his biggest fears, both affect him greatly-emotionally and, sometimes, mentally. For example, he may start seeing things or feel stuck back in his past if left alone or trapped.

ᐧMood character is most often in: A quiet contentment, or an obvious confusion... OR, lonely and depressed/moody, depends.

ᐧSense of humor: He can be funny, but I wouldn't call him a comedian.

ᐧCharacter’s greatest joy in life: Being part of a unit, a group, something with a (good) purpose.

ᐧCharacter’s greatest fear: Again, claustrophobic and mono-phobic. Scared of being trapped and being alone.

ᐧWhy? Another remnant from the werewolf blood that the scientists couldn't-not fully-flush out of his system. As well as the way Jeremy's werewolf tendencies and fears had lodged and stuck like glue to his mind. Though his cyborg brain sees nothing but logic, Jere's right side of his brain sees thing with more lupine point of views.

ᐧCharacter is most at ease when: Watching his friends (pack) and/or protecting them.

ᐧMost ill when: Alone or "trapped"

ᐧEnraged when: Someone is trying to hurt/take what is his.

ᐧDepressed or sad when: Abandoned

ᐧPriorities: Don't die jumping off a cliff whilst on fire in an attempt to save your pack-think of a better plan Jere! Find a new pack, learn this strange new modern age, get used to his new "additions" (cyborg parts), and just make his pack and himself happy-or at least content/safe.

ᐧIs this soft spot obvious to others? Somewhat

ᐧGreatest strength: Protecting others, providing for others/helping them, stronger than most-not as powerful as a werewolf anymore. Still extremely agile, can immediately understand/register animal reactions-gets along well with wild wolves and particularly brave dogs. Though most are a bit skittish around him, they like Jeremy once they're sure he won't bite them or something awful.

ᐧGreatest vulnerability or weakness: Being alone, being trapped

ᐧDominant/Submissive Type: Jeremy, as a werewolf, had been a Beta-a grade below the Alpha. So, though he may seem like a submissive person, he is dominant.

ᐧType of childhood: As a full human, he'd been born to a pretty average family. As he grew up into a preteen-teen, Jeremy was caught up in the whirlwind of what came to be known as the 1920's. Though he never drank or partied, which-even then-made Jere an outsider, he did follow the fashions, listen to the music, styles, etc. of that time. But one day, on the night of a full moon, Jere had gone out for a walk in the beautiful city-only to be attacked by a mad wolf. Turning into a werewolf, he lived that way from the age of 17 and no longer. A few months after his change, Jeremy became a pack Beta. When one day, when going to the pack, he found their home had been burned by some particularly drunk people-found dead from alcohol poisoning. In an attempt to save a female werewolf who'd caught his eye in the pack, Jeremy ended up setting himself on fire. When police came, the werewolves were too weak to run-and the Alpha had already fallen. In an attempt to save them, Jere revealed himself and went running... Over a cliff. He died a painful death, surely, but his body was never found. The extremely early founders of the Facility found him and preserved his body for years through multiple experiments. Finally, a member named Shiro Amano, came back and found him deep in the Facility's history archives. Taking Jeremy out, Shiro did his best to pump new blood in his system-which caused some of the lupine blood to exit him, not all though. His left side was the most damaged, so they worked to make cyborg body parts and an artificial brain. Then the scientist woke him, and so Jeremy lived again-with chaotic jumbles of memories, nothing that he can fully grasp. The Shiro Amano allowed him to leave, seeing as he was no use at his young age.

ᐧFirst memory: Playing with his friends in his yard, acting out history (something Jere loved even then)

ᐧWhy: They were just the biggest things that ever happened to him, even becoming Beta wasn't even close to these memories.

ᐧOccupation: N/A, though he will happily do small jobs involving working with others.

ᐧFood: Meat, any meat... He likes canned food as well, and veggies. Fruit is a bit sweet-but Jeremy will eat it. Doesn't eat much though...

ᐧExpressions: Hmm... Usually his lips up turn in a small smile of contentment. Often neutral/relaxed, although it can be panicky, paranoid, and nervous when not with others.

ᐧMode of transportation: Bike or walk

ᐧHow he would spend a rainy day: Playing video games, any, and working on tech. Or reading... Although, he may just run out in the rain for the fun of it!

ᐧExtremely skilled at: Understanding/building tech, playing video games (has a YT account (view spoiler)[[not in rl, not based off anyone who I know-just to let you know] (hide spoiler)]) Puzzles or brain games.

ᐧExtremely unskilled at: Mastering/controlling emotions, not being an idiot, understanding others in this "new age" (hide spoiler)]

Guess I wrote too much, cause I didn't do the last spoiler like that 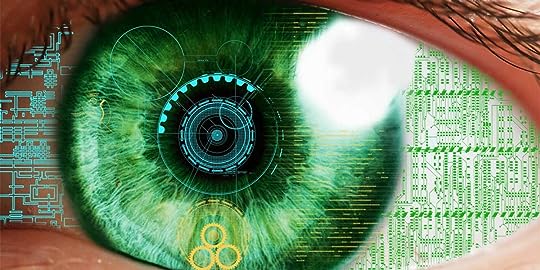 I'm aware the bionic eye is green, no stress. 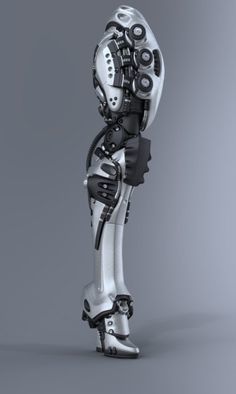 ANOTHER THING, Jeremy is constantly adding on and/or fixing, changing the technology/cyborg parts he'd been given. He found a tracker on his leg when he was looking at it through a scan and did surgery on himself to get it out and smash it... Jere felt no pain, since the right leg is the mechanical one and the brain that dominates it is the left side-which is also cyborg. No feeling, or what he should've felt but didn't, registered.

Mod
Approved. I will be making some town threads. If you would like a thread for his place of residence I can do that too

May have him join school just for the heck of it-and to not be alone.

ᐧCharacter’s nickname: Sean
ᐧReason for nickname: it's short and sweet but easy for his friends 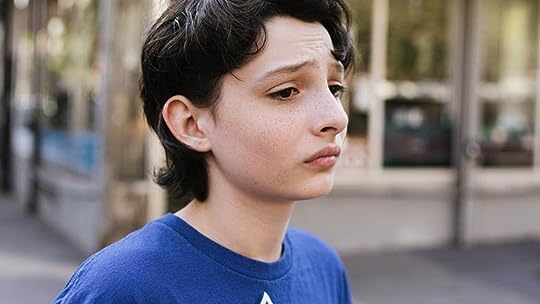 ᐧJewelry or accessories: Jewelry given to him by Annabella Blackwell

ᐧMood character is most often in: Happy

ᐧCharacter’s greatest fear:
losing family
ᐧWhy? He would be on his own

ᐧCharacter is most at ease when: at school

ᐧMost ill when: not applicable

ᐧDepressed or sad when: he is not with Erin

>>>Past<<<
He was born in Gotham City and moved here with Masey and Erin. He was only 5 when Masey died. During that time, he was attending Gotham Prep He moved when he was 5 years old. He has known Glissenwood Academy since then. He attends with his older sister. This is his 5th year there and he has not decided to go back to Gotham. He is the school's Junior Varsity Corner Back in the football team.
ᐧHometown: Gotham City

ᐧWhy: He discovered his abilities after leaving Gotham Prep and he discovered them when he was 10

ᐧMost prized possession: his watch which was a birthday gift from Annabella Blackwell

ᐧHow he would spend a rainy day: World of Warcraft

ᐧExtremely skilled at: World of Warcraft

>>>Bio<<<
Sean was born in Gotham and attended Gotham Prep. His parents died when he was about 7 or so. He's living with his sister and so far is the only known one in the family to not have powers. He goes to Glissenwood and is a part of their football team as the Corner Back.

Mod
Approved. Make sure that you make a character thread so it is easier to keep track of who you have.

Glissenwood School for the Gifted {Semi...