Now available! Originally published as a series of six volumes in 1983, BLACKWATER is the crowning achievement of Michael McDowell, author of the Southern Gothic classics Cold Moon Over Babylon and The Elementals and screenwriter of Beetlejuice and The Nightmare Before Christmas. This first-ever one-volume edition, with a new introduction by Shirley Jackson Award-winning author Nathan Ballingrud, allows a new generation of readers to discover this modern horror classic. 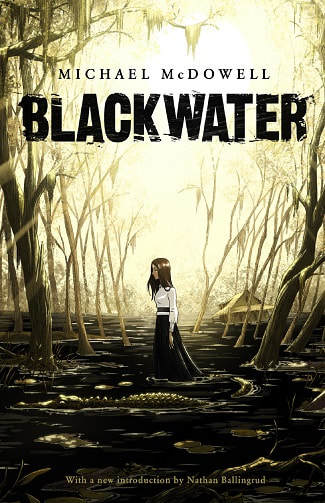 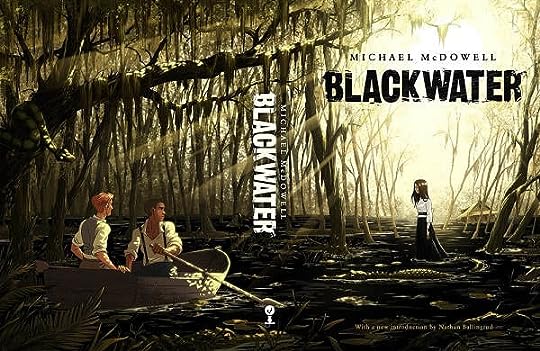 Blackwater is the saga of a small town, Perdido, Alabama, and Elinor Dammert, the stranger who arrives there under mysterious circumstances on Easter Sunday, 1919. On the surface, Elinor is gracious, charming, anxious to belong in Perdido, and eager to marry Oscar Caskey, the eldest son of Perdido’s first family. But her beautiful exterior hides a shocking secret. Beneath the waters of the Perdido River, she turns into something terrifying, a creature whispered about in stories that have chilled the residents of Perdido for generations. Some of those who observe her rituals in the river will never be seen again ...

Mod
Incredible! The scenes are still with me...

Not read the series yet but read lots of great recommendations for it. Just brought myself a copy :-)

Mehmet wrote: "Not read the series yet but read lots of great recommendations for it. Just brought myself a copy :-)"

Any chance a copy of this will be in my Nocturnal Readers Box this month?

Lena wrote: "Any chance a copy of this will be in my Nocturnal Readers Box this month?"

I can't say what books are included but Blackwater will not be in it. :X

Mod
Lena wrote: "Any chance a copy of this will be in my Nocturnal Readers Box this month?"

Kimberly wrote: "Lena wrote: "Any chance a copy of this will be in my Nocturnal Readers Box this month?"

It's a monthly subscription service. You get a mystery box in the mail containing a few books and a couple of other items. For October Valancourt is included.

Mod
I'll have to put the Valancourt H/C edition on my wish list ;)

http://www.thenocturnalreadersbox.com
https://www.goodreads.com/topic/show/...
You can find my box pics in my profile. This month is the one year anniversary mega box!!!