This is for YA books with significant LGBTQ content released in December 2017 - anyone can post books here (author or not.) If the book is on Goodreads please link it (and maybe show us the cover.) If you read it, feel free to add a short comment or synopsis. Consider also adding the book to our group bookshelf.

Thanks for helping to keep our group up to date.

The Raven Prince and Other Stories is currently scheduled for a December release, but no official date yet.

Hopefully it won't get pushed back.

December 18, 2017, is the official release date for ebook and paperback at AMZ and NineStar. Here's the marvelous Catherine Dair cover (I hope): 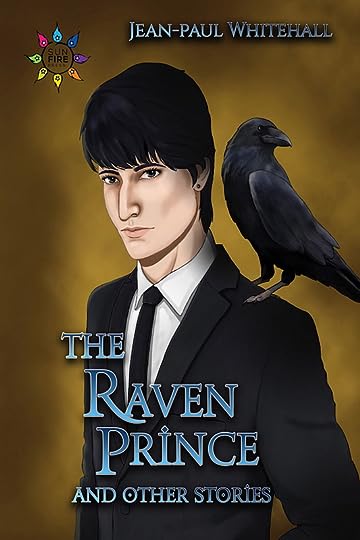 Hi! This story is released in December, date TBC...

What is it about??? Young people living in care, with no influence over where they are sent or much of their own lives. The main character is voiceless until he makes a friendship with another....together they change the world and realise that young people can be very powerful. Brit story :)

Re: Nobody's Butterfly ~ This looks interesting, having a bit of trouble figuring out exactly what it's about, the summary and reviews didn't provide much, but will have a look on December, thanks :)

This is a comic I'm reading so I'm not entirely sure it counts, but it's by C.S Pacat - author of the Captive Prince trilogy - and the second issue is due for release in December I believe!!! Gay boys playing in a sports academy, lots of good stuff to come <3
Go check it out omg
https://www.goodreads.com/book/show/3...

This looks cool, and I believe I heard there is going to be an anime adaptation.

Charles wrote: "Re: Nobody's Butterfly ~ This looks interesting, having a bit of trouble figuring out exactly what it's about, the summary and reviews didn't provide much, but will have a look on December, thanks :)"

I'm going to recommend it based just on the authors - they write unique, challenged characters in a way that I really enjoy.

Broke actors Joel Craig and C. Stephen Foster have just been cast as series regular roles on The Julianne Moore and Madonna Half-Hour Comedy Show. During filming, Madonna is kidnapped by Mae Dunaway, the evil twin sister of Faye Dunaway, and whisked away to the planet, Zerock, that exists in an alternate parallel universe. Joel and Stephen are in hot pursuit in efforts to rescue Madonna from the evil clutches of May and get help from some new friends along the way in the city of Gaytopia. Will Stephen and Joel rescue Madonna? Find out in this graphic novel that will dangle you on the edge of your seats and leave you wanting more.