This week I released my debut novel The Beautiful Dead: A Tale of K-Pop, Ghosts, and Nine-Tailed Fox Women. 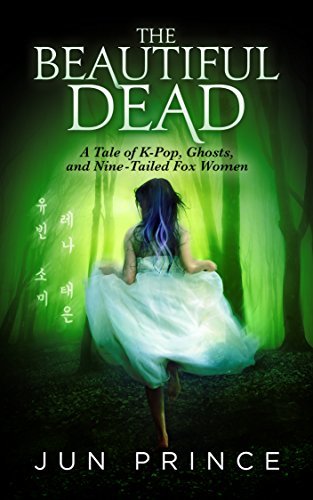 As you can tell, TBD is a paranormal/urban fantasy novel that takes place in Korea within the world of Korean entertainment. It has a psychic, ghosts, a nine-tailed fox, and Korean pop stars. I started writing this book while attending Yonsei University in Seoul as an exchange student, and I have been living in Asia the last 5-6 years.

Another theme I wanted to explore in this novel is that truth and perception is subjective, and you never know how you look through someone else's eyes. There are 5 PoVs with all the characters experiencing the same people, and many of the same events. I enjoy turning up the contrast so everyone can see how differently each character's mind works.

I just updated the blub to make it more enticing. I was also told that the link wasn't working for UK customers. So here's the URL for the Amazon UK product page.