Hey. Before posting on my journal please keep this in mind:
Please keep everything PG-13 and under. 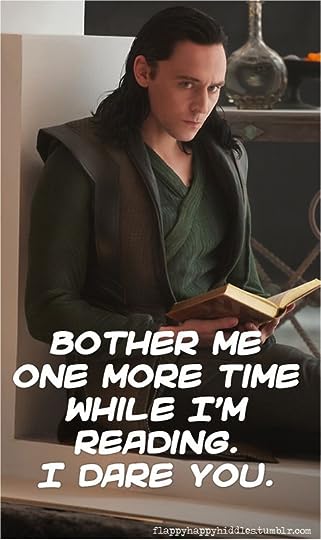 That's so me right there!

I was considering continuing to write a Star Wars story I had planned some long time ago. It's set in the Clone Wars time, and my brother says Darth Vader should be in it.
Uh, Darth Vader isn't there yet.... he's still Anakin. :P

I really wanted to join this group sooner, but a friend saw that I joined it a few months ago and told me that it wasn't a group I should be in (because of the bad words, etc). So I left, but now I'm back. I kind of don't want her to know that I'm in here just because she might think I'm weird. :P 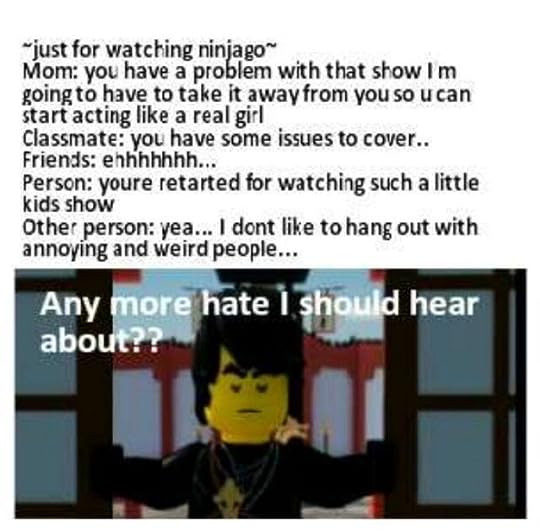 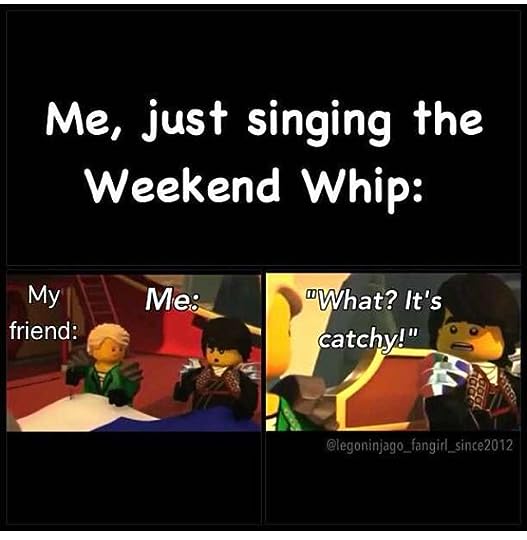 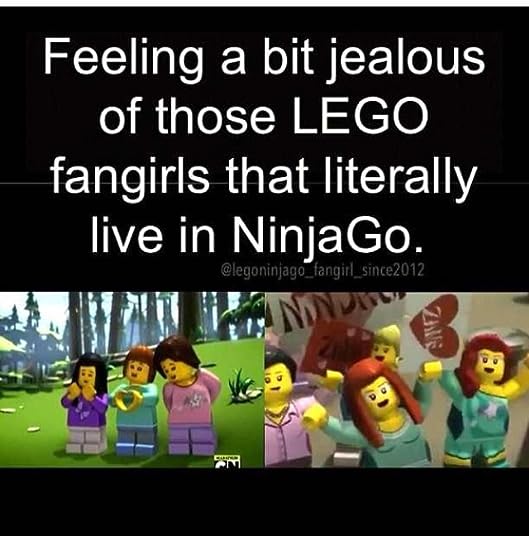 *Insert theme music here*
"He's a man on a mission... in armor of high tech ammunition. Trapped on the edge of an endless game, his teenage life will never be the same. In this dangerous world, he does all he can... he's Iron Man. Iron Man. Iron Man. Iron Man"
Ugh, I have this stuck in my head, but I like the show... :P
Why am I so immature?

Time to rant: I'm very depressed now!
1) I won't be able to go to summer camp in California this year. I couldn't provide the money to pay it off in time. I gave my credit to my younger sister, so she could have a chance to go, but I feel dead inside. :(
2) I'm going to California in a week or so and I might miss my baby sister's first birthday. But if I come back early, before her birthday, I might not get to go see my friends at my old church. :'(
3) Still struggling with being in a new place. Ugh I wish I never moved in the first place! D:

I'm very grumpy and I kind of have had 'behavior', such as talking back to parents, being rude, even being disrespectful, etc. :'(

Kind of had a freak out moment yesterday....

A young man (maybe 21) came up to me. He tapped my shoulder and asked how old I was. I was confused for a moment. I thought he might be one of my aunt's friends (because she had a few with her at the time), but I knew he wasn't. Instincts.
Anyway, of course I didn't tell him. I said something on the lines of "I'm not going to tell you.... I don't know who you are." He replied with "Oh okay" and walked away.
I think he was interested in me a little inappropriately.... he even stood way too close to me. PEople do have personal bubbles, ya know dude. :|
At least I told my parents, but still. *shudders*

The time you move and stop thinking about your crush for awhile, but then you see him again (once! once!) and he's all you can think about. :P

I need to write some letters to my youth leaders. It's long overdue, but I have no idea what to say. I really stink at writing letters.... maybe I could just write a story and send that. :P

V30 Questions Music Tag
stolen from Princess Kavy, which was stolen from Hallie

1. Last Song You Listened To - Bulletproof by Citizen Way (and I really don't like this that song. It was on the radio. :P I'm currently watching Cinderella and heard someone singing something like "Sweet, Sweet Nightingale" but I ain't counting that. )

3. Song You Discovered On Youtube/Tumblr - The Ghost Whip by The Fold (One word: A-WES-OME!)

4. Favourite Soundtrack Piece - Not sure.

5. Favourite Band - The Newsboys, Building 429, For King and Country, The Fold (YouTube band) and more that have escaped my mind

7. Favourite Album - I have never purchased one/ Never listened to one

8. Best Live Gig Or Act You Wanna See Live - I've always wanted to see For King and Country. And Building 420, but I think I saw them already. IDK I don't remember... (stupid brain)

9. Guilty Pleasure Song - I really don't have one, but I suppose The Ghost Whip by The Fold, since it's not a christian song.

10. Song You Used To Hate But Like Now - I have a ton of these but Move by TobyMac is something I specifically remember.

11. Song You Used To Love But Now Can't Stand - I can think of one, but I don't remember the title or many of the lyrics.

12. Favourite Song From A Video Game - Does a music soundtrack count? Warthog Run from Halo 3. YouTube it.. it's epic!

14. Favourite Song From A Film - We Believe by Newsboys, which was in God's Not Dead. And I like one in Fireproof, While I'm Waiting by John Waller.

15. Favourite Song From An Advert - I haven't heard of one.

17. First Song/Album You Ever Bought - Never bought one

18. Album You Found Accidentally And Love - I don't have one

22. Most Overrated Song - Anything by Lauren Daigle or Mandisa. I only like one or two of their songs. ((I saw Mandisa once ata concert and she disappointed me. Lauren Daigle's voice just... throws me off and I don't like it.))

23. Song You Would Recommend To Everyone - God's Not Dead by Newsboys

24. Song That Reminds You Of A Specific Event - That Was Then, This is Now by Josh Wilson and Even If by MercyMe.. heard those when I left California to move to Wisconsin. Very emotional when I hear those.
Priceless by For King and Country also is a good one. Helped me when I was going through depression.

25. Song You Can't Help Singing Along To - Anything from a TV show... like My Little Pony: Friendship is Magic.

Lillian wrote: "Oh, sorry I was too busy stalking. Hi!"

Sorry I didn't get back to you sooner... I was just lashing out because my sister got stuck at the airport and they wouldn't help her.... I think I was really dramatic. :P

So..
*Me, trying to decide whether it's cool or sort of creepy*

Crystal "What do you think when you hear I'm a Jesus Freak?" wrote: "Sorry I didn't get back to you sooner... I was just lashing out because my sister got stuck at the airport and they wouldn't help her.... I think I was really dramatic. :P"

LOL, that was indeed the stupidest incident of all time. xD

Musicbox wrote: "Hi Crystal! (I hope you don't mind me commenting)
You listen to Tobymac? And Jorden Felix? And Newsboys?

LOL we have similar tastes in everything it seems.... same. Not sure whether it's cool or creepy. xD

Ｅｒｒｏｒ ４０４ wrote: "Crystal "What do you think when you hear I'm a Jesus Freak?" wrote: "Sorry I didn't get back to you sooner... I was just lashing out because my sister got stuck at the airport and they wouldn't hel..."

Yep it was. Plus I was up really late. I stayed up until 4-5AM before I finally decided to go to sleep.

I ish depressed and lonely. I never realized I was until I found images on Pinterest describing the signs of both.... :'(

That moment when you can't find a certain journal you're looking for.

I'm trying to keep my faith in God, but it's difficult. Reading Hiding in the Light helped me so much!

What I'm taking for sure:
-Missional Living and Discipleship Christian Discipleship
- Creative Writing
- Daily Writing (not what I thought it was)
- Civil Rights
- Animal Science
- ASL Adventures
- Media Socialization
-Career Exploration
-Pre-Algebra (I'm behind in math, don't judge me :P)

What I want to take, but not sure I should:
-Logic
- Christian Values in J.R.R. Tolkien
- Photography and Image Editing (these are separate classes tho)
- Home Economics (This one is for elementary school, but I want to take it because I've never taken a Home Economics class and there's none for HS.)
- A health class of some sort aimed at middle school.

I've been wanting to read books by J.R.R. Tolkien's books and I bet this would be a great chance to get started with them, but not sure.

I miss California and my youth group. I have no one now... besides family at least. but I wish I had some friends too, not just family. :'(

Books, daydreaming, and writing help. I like videogames too, but I have not felt motivated to play them. Destiny 2 is kind of boring now.

This nearly made me cry:

"Prepare for trouble,
And Make it double!
To protect the world from devastation,
To unite all people within our nation,
To denounce the evils of truth and love,
To extend our reach to the stars above,
Jessie!
James!"
Love Team Rocket's motto although I'm not a huge fan of Pokemon at all.. I do like James though. Dat rose he always has. .... kind of catchy. :P

I feel like a baby for liking stupid stuff, but that happens when you aren't allowed to watch anything aimed at your age. :P
Plus I just have weird fandoms pokemon not being one of them.

I love it all~ Be you! It's wonderful

Thank you both for the encouragement! <3

I discovered my library has free online courses for different subjects and there are some for writing. I want to take one called Writing the Fantasy Novel (and/or maybe Beginning Writer's Workshop), but I'm not sure I could commit. I'm already stressed just trying to decide if I should do it... I think it would be good for me to learn I have to do things sometimes, even if I might not want to later.... and I really want to be an author!

I think I'm starting to get sick... my throat kind of feels weird and I kind of feel sick inside.... noooo
Last time I was sick was in May! If I get a cold... will probably be sick for a few weeks... always happens to me. :'(
Better get better before Nano. At least I could read more if I'm super sick... have some review copies to read anyway.

I drank coffee earlier maybe that caused it. idk. just don't want to be sick

I have really bad depression, according to the quiz I took at this website:
https://www.psycom.net/depression.cen...

Hiding in the Light (other topics)