Random Roleplays for YOU! discussion

Personality: Darkbreeze is extremely hateful and rude around most cats. He does have a very secret romantic side that will reveal itself once in a blue moon. He can also be super sweet once you get past the hard exterior. 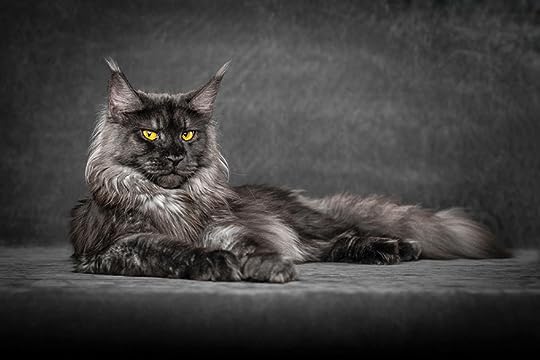 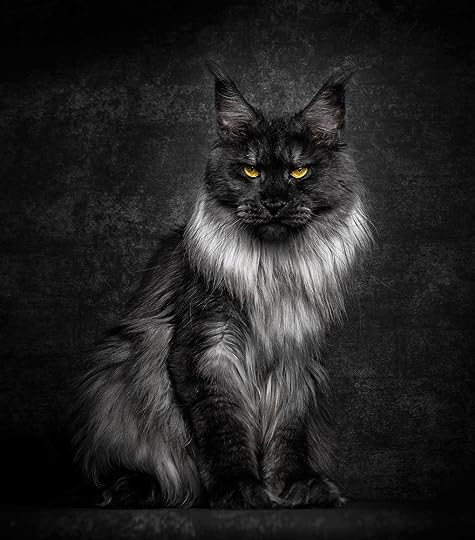 History: He had a normal life growing up in Shadowclan. He was raised to hate everyone and he never thought anything of it. His mother was a vindictive warrior who pushed her son to be more evil than her and once on her death bed she regretted her choice since her son refused to be around her when she was dying. He moved clans to try and get away from her memory as an apprentice of 8 moons.

Other: he hopes to be remembered 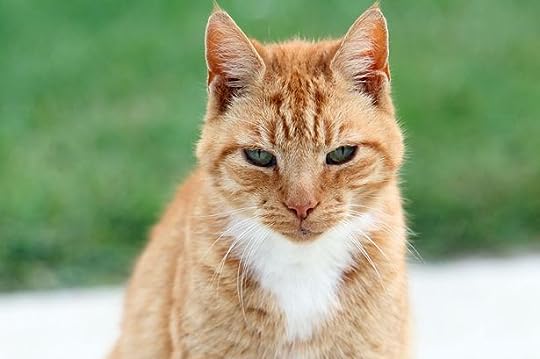 He is rather large as well.
Personality:Gingerstar is very stern. He likes to get things done, and to get the done his way. He's headstrong and quick to fight. Gingerstar has a sharp tongue that can get him in trouble sometimes.
History: Gingerstar was always adventurous, even when he was a kit. He wandered out of camp quite a few times. He was the biggest kit from his litter, and just really, the biggest kit in general. As an apprentice, he was advanced and it wasn't long before he was made into a Warrior, known as Gingerfur. 3 moons into being a Warrior, the deputy of ThunderClan was brutally killed in battle. The leader, Rainstar at the time, decided Gingerfur would be the best fit for deputy due to his fighting skills and large stature. Gingerfur served as deputy for almost a full year before Rainstar lost his last life to greencough. This brings us to today. Gingerstar currently has all 9 lives.
Kin:Hollyberry(mother-deceased) Stonefur(father-deceased)
Mate/Crush: none at the moment
Other: none right now 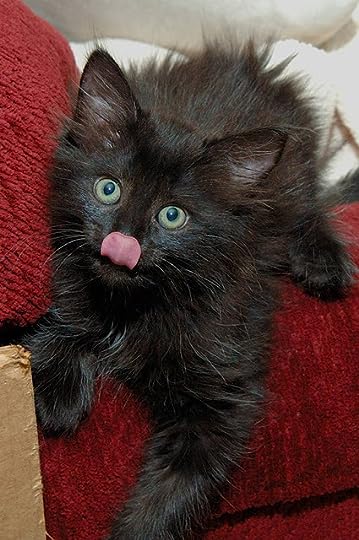 Personality: Icekit is very curious and likes to be in the business of everyone else. She has always been a bit of a troublemaker and has no filter. She is rather small, but she doesn't let her size stop her from trying to be brave and strong. She aspires to be a leader someday, even though that is likely not going to happen.
History: Icekit was found abandoned on the ThunderClan border, reeking of rogue. No one was ever able to trace her actual whereabouts. She was taken in and is currently being raised by a queen who lost one of her kits during birth.
Kin: She is unaware that she wasn't born to ThunderClan. As far as she is concerned, the Queen raising her is her mother. (someone can make the queen if they please)
Mate/Crush: She is a baby, so not yet
Other: 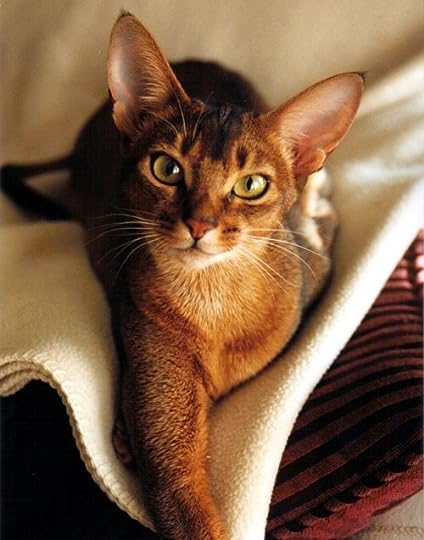 Personality: She's usually pretty serious because she wants to be taken seriously despite her tiny stature. She has a fiery temper and isn't afraid to speak her mind. Just wants the Clan to like her.
History: Nothing tragic. She's just had to work extra hard to become a Warrior. Gingerstar originally wanted her to be the new Medicine Cat because he thought Littlewing was too small to fight.
Kin: OPEN
Mate/Crush: N/A
Other:

Mod
I ACCEPT MY DAMN SELF 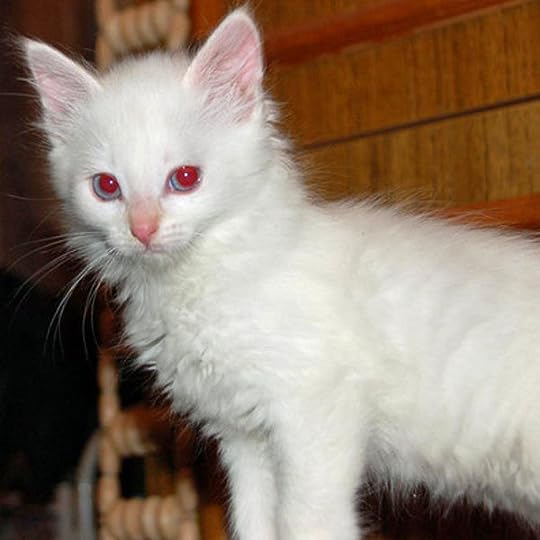 Personality: Ghostkit is very kind and curious. He sometimes doesn't like being around other cats because they feel uncomfortable, considering his red eyes caused by albinism. He's sometimes timid when it comes to opening up to others.
History: Idk. I'll think about it.
Kin: OPEN
Mate/Crush: None
Other: 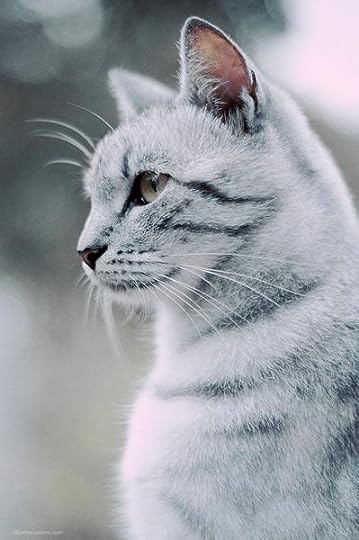 Personality: Fairly grumpy at times, but she really has a pure, kind heart and cares deeply about her Clan. She is a little sad she gave up her opportunity to have kits and likes being around the little ones. She gets pretty lonely.
History: Moondust was originally shooting to be a Warrior and potentially a Deputy later in life until there was a small outbreak of whitecough when she was younger. She helped the old Medcat with her duties and learned quickly how to treat the inflicted and soon became her new apprentice. She gave up her dream of having a family so she could care for the Clan.
Kin: OPEN
Mate/Crush: Can't have a mate
Other:

Mod
He is accepted 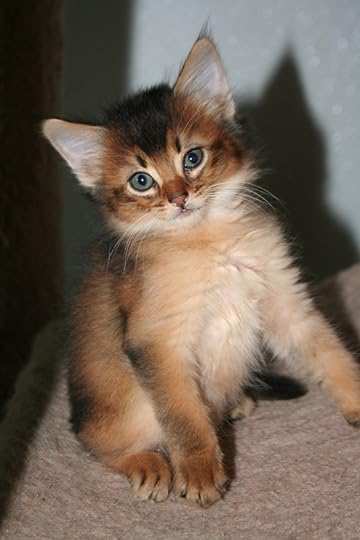 History: Found abandoned with his sibling. Both Toms were starving and miserable 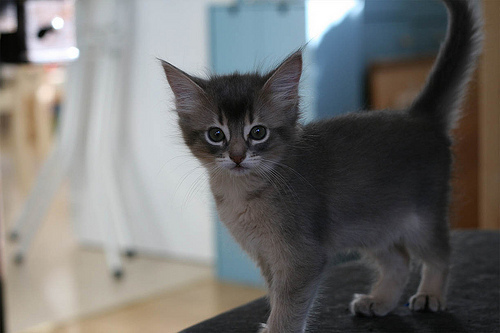 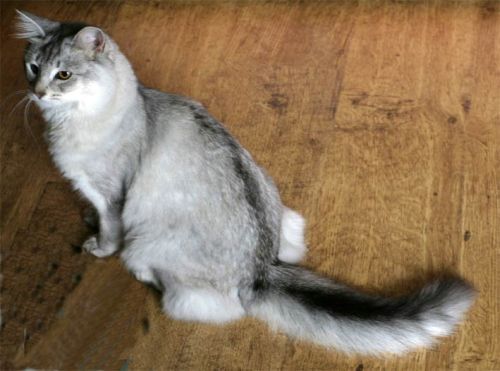 Personality: He is super silent and at first thought to be mute. He is very observant and seems to be plotting since he doesn't speak much. Once he opens up he is super loving and fun


History: Found abandoned with his sibling. Both Toms were starving and miserable

Name: Goldenpetal
Gender:she-cat
Rank: warrior
Appearance:medium sized fluffy golden she-cat with large sapphire blue eyes. Her nose is pink. She has white 'mittens' and tail tip. Her ears are black tipped.
Personality:Goldenpetal is a sweet she-cat who can be feisty at times. She is also very playful and rarely sad. She loves to explore and go on adventures. Basically she is very Very Kitlike
Kin:Frostwing(mom) Lionpelt(dad) Snowfall(sister) Nutpaw(sister)
Mate/Crush:Darkbreeze the deputy
Other:want kits very badly

Snowfall
she-cat
warrior
long furred pure white she cat with one golden eye and one pale blue eye.
She is very gentle and has an even temper she rarely gets mad.
kin:Frostlight(mom) Lionpelt(dad) Goldenpetal(sister) Nutpaw(sister)

Mod
Both are accepted :) 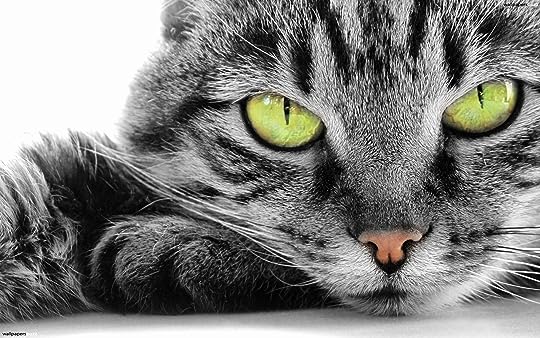 Personality: Ashfang is rather narcissistic. He's a good looking tom, and he knows it and uses it to his advantage. Ashfang likes to flirt with every she-cat that moves, even the ones that already have mates. Taming this wild tom would prove difficult. He doesn't like commitment.
History:Ashfang wasn't always a man-whore. He actually really loved a she-cat not long ago. But she was brutally killed in battle, and he hasn't been the same. He was a little blood-thirsty at first, but found it hurt a lot less to pretend he didn't have a care in the world
Kin:Open
Mate/Crush:Any she-cat that looks his way
Other(not required):

Random Roleplays for YOU!