4 views
Outside the City > Forest

An old church and train station isn't the only thing that occupy these woods, tread carefully. 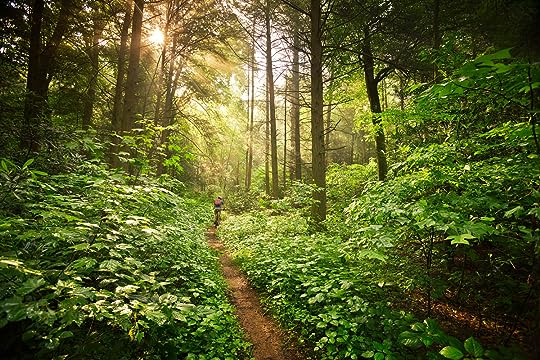 The waterfall it's beside 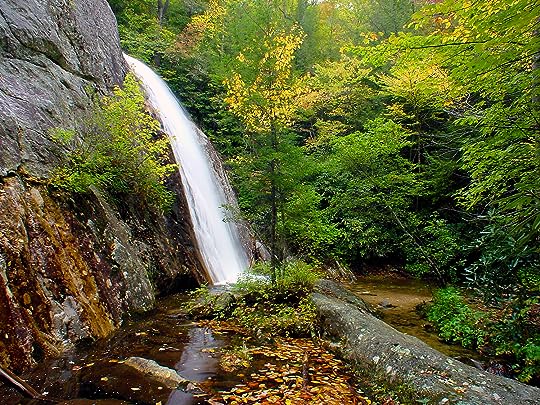 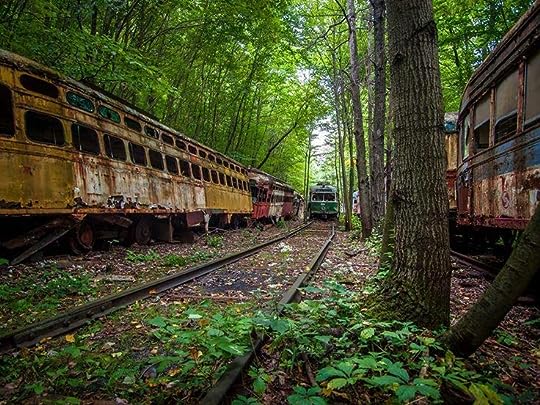 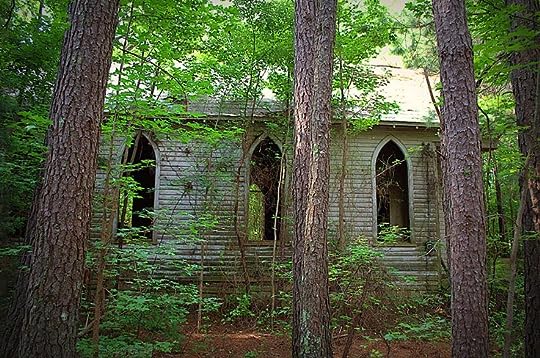 The smell wet earth was the only thing Casper could focus on right now given the predicament he was in right now. The sounds of the water rushing made him too thirsty so he did his best to drown it out. He wasn't healing, he wasn't sure why. When he had awoken finally there was a man standing in front of him, the sun beams were too bright behind the man that it overshadowed his features but Cas was sure he didn't know who he was. If there was one thing he knew, it was that he was a hunter. No one else would've taken him, there would be no reason. His dress pants were stained with blood, his shirt that was Marcus's was no longer free from stains. Dirt, blood and some kind of liquid that Casper had never smelled before but felt familiar. He was so disoriented that it wasn't until later that he remembered what he had done to Lyla. Her blood caked on his fingertips, clinging to him as if to remind him of his fatal mistake. His heart sunk and he hated himself.

"I wasn't sure you'd ever wake." The man's voice was gruff and deep, it didn't sound familiar. He was cleaning something, but again the lighting was too bright, everything hurt. His body felt like it was burning from the inside. Wolfsbane? he thought to himself, confused as it never felt like this before. "What you feel right now? It's only going to get worse. No one knows you're here, they haven't come for a while now so it leaves us plenty of time to get acquainted. If you cooperate, it'll be less painful and I'll be sure to make it quick once we finish." He had a Southern accent to his words, not so heavy but it was apparent he was from the Southern regions, or spent most of his time there.

Asa had been planning this for a while, waiting until the wolf made his move and once it happened he had a reason to finally pounce. These woods were old hunter grounds. It was usually where they would all meet if they needed to, or they'd bring the big bads here. The leaders of a pack, a clan, or group. Get answers and then give them no mercy. The ground around the old church was littered with bombs, arrows, sink holes, some of them had spikes, others had water, holy water at that. They made sure that either no one would make it through to the church if they wanted to plan a rescue or the hunters would hear them coming and be prepared. The wolf cleared his throat like he was ready to speak but no words formed. "Dry throat? Yeah I've been realizing that is one of the intense side effects of this new black wolfsbane. Very rare, very harmful and will kill you slowly and painfully and the only cure is the ground up leaves of the plant itself. So good luck with that. Can you feel it?" Asa asked, cocking his head to the side, blocking the sun rays from behind him. The boy had been out for almost four days, to be honest he wasn't sure if the wolfsbane had already done its job and the guy would never wake up, so he was releaved when he did.

Casper could see his face now, through blurry and his words sounded like they were caught in a windstorm, but he was able to pick up on what he was saying. That was why it felt different but similar at the same time. He told himself not to panic, the faster his heart beat, the faster it would pulse through his veins. It felt like one of those flamethrowers bursting underneath his skin. He was sweating but the beads that rolled down him felt cold. It was a gunshot to his chest, the hunter must've made it into an exploding bullet with the liquid inside. "Wha-" He coughed, the pain was excruciating, "what do you want?" Casper finally managed to break out, his voice cracking with every syllable.

Days rolled by, endless torture. There were no birds here, Casper remembered thinking that was strange, where had they gone, why couldn't he have their melodies to focus on. He wanted to know things that Casper had no right to tell. What other supernaturals invaded the town, how many, what positions did they hold there, where his pack was. Some of it Cas truly didn't know, but the hunter didn't believe him and since he was failing to heal, he would cut, burn, inject him some more with the wolfsbane, though he would take a day to let some of it wear off so it would overdose him and he'd die. There was no water, no food, only what the man brought for himself.

Asa was growing tired of it all after the first week of torture and the same fucking answers. Either this guy truly didn't know or he was a tough son of bitch to crack. This wolfsbane was the rarest form out there and usually all Asa had to use was one or two doses and the wolves would spill. This was getting exhausting. Maybe he should try a different tactic. He noticed the peeling blood on his fingers and remembered what he had done to Lyla, at least he believed that was her name. Maybe he could fake what he did to her, torture him that way. That was an idea. "All of you supernaturals are all the same. Thinking you can be human when the facts time and time again show you just aren't. By nature you are animals, monsters and shouldn't be here. And as if you needed anymore proof than that you had to slice your girlfriend like she was made out of nothing but ribbon." It was as if Asa had taken a knife to the boy because he physically jolted in his seat, pain seared across his face. Either it was him reacting to the wolfsbane or it was to his words.

Casper inhaled a sharp breath, his fist which held Lyla's blood clenched, pieces trickling to the ground. The man wasn't lying, he'd be able to tell and it was true. If there was anything Casper thought about more, it was him hurting Lyla and he did. He was a monster, he didn't have any control, perhaps he should just give in, let the man kill him, rid the world of man who can't control his anger or the beast inside.

Polka Dot Socks wrote: "The smell wet earth was the only thing Casper could focus on right now given the predicament he was in right now. The sounds of the water rushing made him too thirsty so he did his best to drown it..."