Mod
"Mary Poppins" is a series of eight children's books written by P. L. Travers and published over the period 1934 to 1988. These books inspired the creation of the Disney film, baring the same name.

The film, which combines live-action and animation, stars Julie Andrews in the role of Mary Poppins who visits a dysfunctional family in London and employs her unique brand of lifestyle to improve the family's dynamic. Dick Van Dyke, David Tomlinson, and Glynis Johns are featured in supporting roles. It was released on August 27, 1964, to universal acclaim, receiving a total of thirteen Academy Award nominations.

Did you know? P.L. Travers was not keen (to put it lightly) on the film, as she felt Disney missed the mark on a number of her characters, including Mr. Banks. Her relationship with Walt Disney, the Sherman Brothers, and the Disney studio influenced a number of additional books and movies, including the film "Saving Mr. Banks.

Earn points for reading or watching "Mary Poppins". Earn additional points for watching "Saving Mr. Banks"! There is no deadline for finishing either of these films!

Please use this thread for general, spoiler-free discussions! If you wish to scream, rage, share amazement or talk about the plot in more detail, please be sure to use the spoiler tag. I.e. (view spoiler)[This is a spoiler. (hide spoiler)] 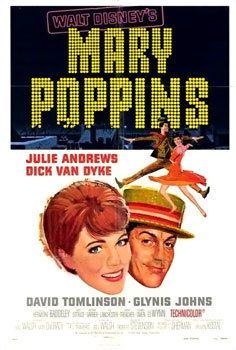 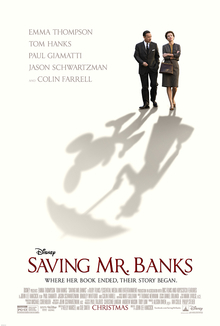 I love Mary Poppins. True story, I was going to marry Dick Van Dyke as a child. I want to try to read the book. I am afraid though it would ruin my love for the movie

Mod
LOL! You have good taste! :D Who could resist such a talented fellow? lol

I read the book this year...it was definitely an entirely different entity than the movie. The Mary Poppins character in the book was not very nice or lovable. :( I definitely preferred the movie over the book.

Downloaded the audiobook from the library. I am really nervous as this has always been one of my favorite movies.

Mod
@Bridgett (view spoiler)[Right!? That totally took me by surprise too! (hide spoiler)] I am so curious to see what you think of MP by the end of the book. I had very strong opinions. LOL! Are you reading the revised version, or the unrevised? I could only find the revised version.

The copy that I am reading was published in 2015, so revised i think?

I finished. It was so not like the movie. I most likely won’t continue on in the series. I think Disney made it better lol

Mod
I liked the movie a lot better. I definitely was not a huge fan of the book, which was disappointing! :(

Mary Poppins was my childhood and as such, nostalgia commands me to give it a 9 even if I haven't seen it in a long time.

Mod
Such a good little movie :)

Have any of you seen Saving Mr. Banks?

Have any of you seen Saving Mr. Banks?"

I have and... it was meh. It wasn't bad but not as enjoyable as Mary Poppins. It does seem like a bit of a cash grab looking back at it.

Mod
I definitely was intrigued by the relationship between Travers and Disney though, for sure!