❤ ♡ яσѕє♡❤ wrote: "Have you ever wondered why Graystripe really left Riverclam? Well I'll give you the inside story. ROLL THE TAPE!
Leaopardstar: 'Scuse me everyone, I'm calling a Clam meeting here.
Graystripe: Did s..."

Hollyleaf: That...was...the cringiest pun I have ever heard...

Lionblaze: *sniffles* QUIT BEING SO PURRSONAL

Jayfeather: *facepaw* Why are you my brother again?

Hollyleaf: Lionblaze, just... just do us a favor and shut up.

Jayfeather: I should've been born in a royal family ;~;

Hollyleaf: *le gasp* YOU JUST DID A BAD PUN

(there all funny i love warriors) 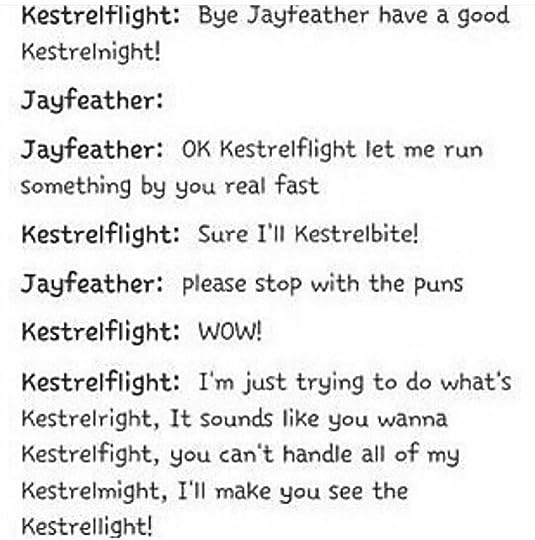 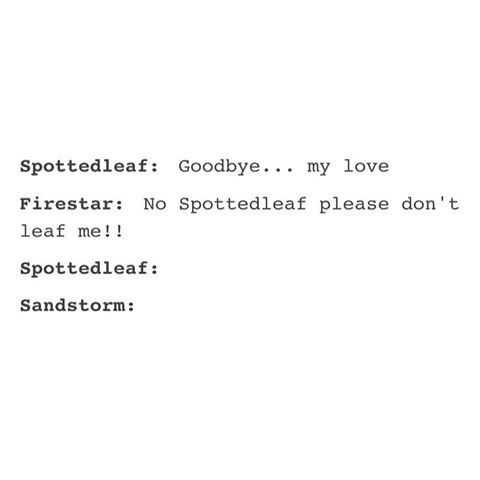 Mod
The authors said they did so Firestar didn't have to choose... so that means they're going to take out Silverstream so Graystripe can be with Millie ;-;

Mod
When Spottedleaf died the second time, I stopped reading warrior cats. But their relationship is kinda weird. They never talked to each other and then they fall in love and I'm here like: Dafuq is wrong with your brain Erin Hunter?!

Mod
When she dies the first time, she goes to StarClan, then she died while she was in StarClan, and faded into nothing.

i know but how and whhhy

Mod
The authors made it that way ;~; 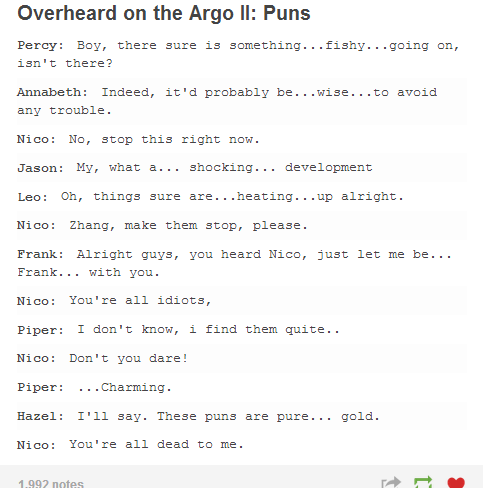 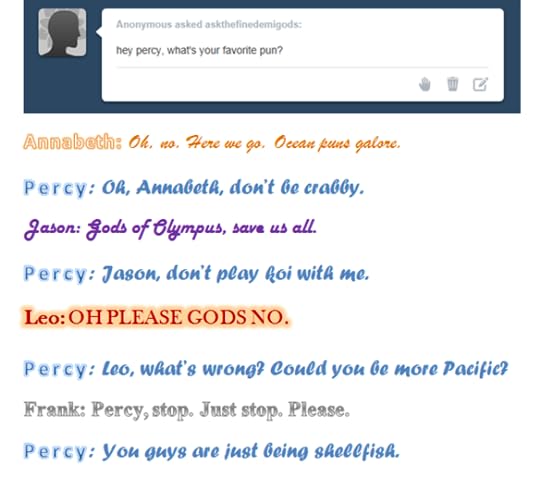