Powers & Abilities ~
His most notable ability is his inhumanly high IQ, his brain functions faster and on a higher level than naturally possible making him a natural genius and capable of out doing the smartest people around the world. He is also a technopath so he can control machines with his mind, an ability that is more practically applicable to combat. Together these abilities make a deadly pairing as one provides the firepower and the other a cutting-edge plan. 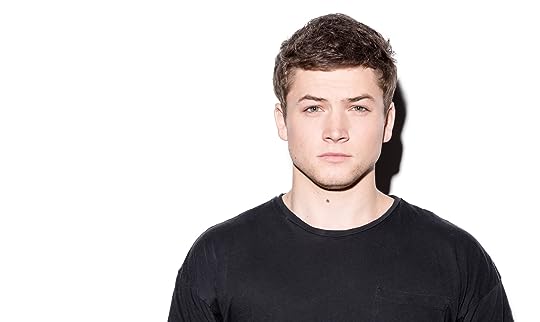 Personality ~
Sebastian is gentlemanly in many ways, he's kind, smart and polite. In truth to say he's smart would be an understatement, he has an inhumanly high intelligence and lands amongst the most highly functioning academics which earned him an early graduation from the academy. From his kindness came his will to be a hero, a duty he takes very seriously. Sebastian tries his best at just about everything he does and usually does quite well in the end. He's social and gets along with just about everyone. He enjoys being around others and considers every friend to be close and cherished. His personality, whilst often quite mature does sometimes come off as childish, for him there really is no in between.

History ~
Sebastian's family wasn't the best nor the worst, they were rather typical in all truth. He always enjoyed being around others, but as a child, he had proven to be more than capable of independence, mentally developing at an exceedingly fast pace. He learnt quickly and often times made his teachers seem foolish. He found making friends to just be natural, he came by it with ease and others were drawn to him. Before anyone knew it he was reading, far before any of his peers, sometimes during lunch in kindergarten, he would sneak off to the school library to read books about heroes and their journeys. He'd read about heroes from Superman to Hercules. He looked up to them, they were able to accomplish such great things in the name of good, but despite that Sebastian felt like he could never pull it off. In all these stories the heroes were strong and fast with people constantly cheering them on, but Sebastian had none of that. In every story, the villain was always this clever and intelligent mastermind with some world-ending device and elaborate plan, all things that Sebastian was quite good at which worried him. He felt as though somehow he would end up a villain because that's just the set of abilities he had. And yes, Sebastian knew about his powers, would you expect a person who's power is basically knowing things to not know? For the most part, he didn't have to hide them after all, they weren't very obvious in your face type powers that were completely impossible. Regardless of what he thought he was innately good and couldn't bring himself to stop trying to be good. He was scouted for the academy at a young age and there he began to flourish. He felt that maybe he could be the hero and eventually graduated, earlier than most others due to his early discovery of his powers and his natural aptitude for school. He went and became a superhero called Technetium. He stayed at the school, using as a base of operations where he could not only work but also ensure the safety of other students

history: his home planet got destroy n now he live on earth his goals is to protect earth n fine some teammate but he also a solo person bc he afraid to lose someone again like he parent zero have a problem something controlling his demon form but he slowly learning how to . in his planet his form is just a power thing but on earth humans thinks his a god but he just a guy who protect his new home n other zero is a good person

A lot if mistakes are on this, spelling wise but I'm all correcting when it's spelling

thx tho i tried

Is mine approved or no? If not what would you like me to change?

I'm gonna let another mod decide since I don't role play often when on my phone.

Powers & Abilities ~
His most notable ability is his inhumanly high IQ, his brain functions faster and o..."

You don't have what my template has, so I can't approve right now.