Mod
We'll start with the disclaimer. We're just trying this out. If it doesn't work we'll just end it. Really people seem to like the group and there's a ton of activity. But it would be nice to have one huge read.

1. First month will be August, poll in June

2. If you're interested put your name in this thread and we'll pick a winner out of a hat. You need a minimum of 25 comments in the group to enter. Nothing against the lurkers but it's a benefit to the participants. That winner selects 5 books they are interested in group reading. These go to a poll and the winner is the book.

3. Check the bookshelf. You cannot pick anything already on it.

4. Has to be available in soft and hard copies, audio would be nice but not a deal breaker.

5. You can throw your name in to be selected once a calendar year. So if you win August you're eligible again in January.

6. You can't load up in one sub genre for your selections. So no picking 5 romance fantasy as an example because you probably aren't going to get people to participate.

7. No picking 5 books from before 1970 or something like that. Again people just won't be up for it.

8. Books need to be first in series or a standalone.

Questions in this thread as well as throwing your name in the hat to pick the 5 books to be voted on for August.

I'll put my name in

Mod
Oh and I forgot....I'll close self nominations on Friday. Select the winner. They need to get me the books by Sunday and we'll let the poll run next Mon-Fri.

Mod
I nominate myself, but only after a few other people have had a chance to pick. :)

Mod
Niki Hawkes wrote: "I nominate myself, but only after a few other people have had a chance to pick. :)"

I'll throw your name in the hat with an equal chance to win. I'll be the only one that has to abstain. I'll have one of my daughter's pick out the winner.

Mod
I don't think anyone will have a problem with you doing a month? We're still voting anyways

Margret wrote: "I don't think anyone will have a problem with you doing a month? We're still voting anyways"

Mod
Yeah - go ahead and put yourself in the mix! We'll only get suspicious if your name comes up first... ;)

I'm in and I agree with Margret.

i would love to join in as well

Mod
Anton wrote: "i would love to join in as well"

We put a 25 comment minimum to give people who participate a shot at it first. We'd love to see you stick around and put your name in next month.

Mod
Niki Hawkes wrote: "Yeah - go ahead and put yourself in the mix! We'll only get suspicious if your name comes up first... ;)"

I'll throw my name in the hat month two.

Mod
I'll also join in a couple of months once others in the group have had a go.

This sounds like a good idea. I will wait to see how things go before putting my name forward. I am sure we will get some good choices from the people who have volunteered so far. Also Scott you have to put your name in the hat.

Thanks Kieron. I'm really not abstaining because I think people will cry foul if I win. It's more because I want to see how the process works when I don't. If I do everything soup to nuts the experiment isn't complete.

Hacen to Deliver? Am I supposed to understand the joke? 😆

Mod
Ooh that is a great one!!! Hahaha

Mod
Hacen wrote: "Hacen to Deliver? Am I supposed to understand the joke? 😆"

Hasten to deliver.......it's biblical and no I'm not religious.

Ohhh I'm not either so that makes it even funnier 😁

I get mine. And I've now had the song in my head all day.. 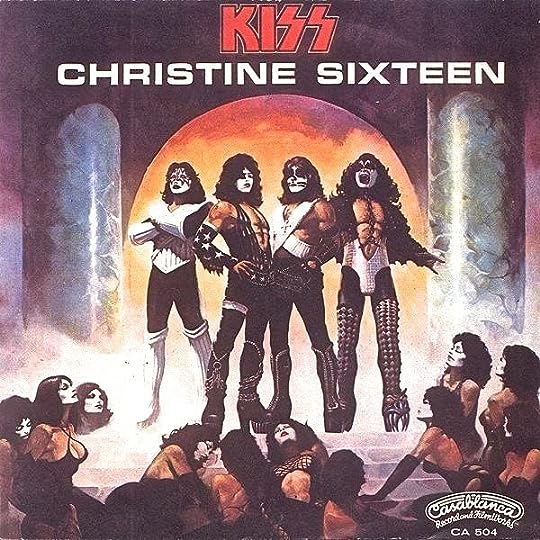 Can we suggest books we've already read but that we think the group would like?

Sorry if that's a stupid question

Mod
You can if you're up for a re-read but you should choose something new for yourself as well.

Chris if you didn't get that one I would have suggested consulting your physician. :)

Maybe I should take my name out because I could only come up with 2 books that met all the criteria. Since any books released this year don't have paperback editions yet that narrows it down.

Not including books I've already read that I'd recommend

Mod
Should we allow books only available in HC? I'm thinking new release reads might be our bread and butter for this. hard to say though. As long as they're not digital only.

I suppose this is me: 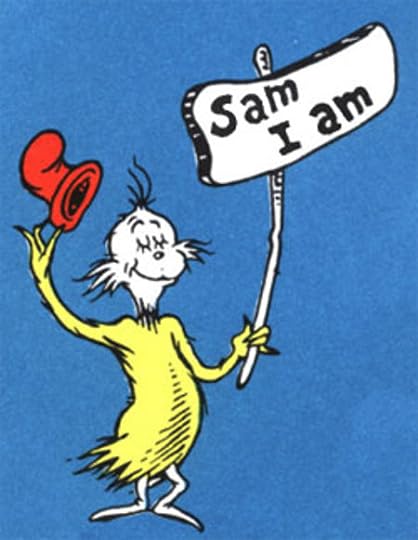 Mod
Niki Hawkes wrote: "Should we allow books only available in HC? I'm thinking new release reads might be our bread and butter for this. hard to say though. As long as they're not digital only."

I think they need to be in some sort of hard and soft. Not specifically hardcover or paperback, nor kindle vs ebook. Some people only read an actual book and others, me, only read digital.

Mod
Samir wrote: "I suppose this is me:

Scott wrote: "Niki Hawkes wrote: "Should we allow books only available in HC? I'm thinking new release reads might be our bread and butter for this. hard to say though. As long as they're not digital only."

Sorry if I'm misunderstanding but are you saying no to books that only have hardcover and digital version since there's no softcover?

Up to 7 for the lottery.

Mod
Hacen wrote: "Sorry if I'm misunderstanding but are you saying no to books that only have hardcover and digital version since there's no softcover?."

Soft copy is different than softcover. Soft copy = digital. The books should be available in any paper format and any digital format. As long as it's available to readers who like an actual book and those who prefer devices we're good.

Thanks for clarifying :) that definitely makes it easier for me to pick books

Mod
Sorry, soft copy is a business term. Just email me a soft copy of the documents, ETC. Sometimes we all think everybody else is accustomed to the same terms.

The picks must be strictly fantasy or we can suggest SF as well? Asking for a friend.

Mod
Sci-fi is good. We're doing Too Like the Lightning in June which is Sci-fi and Hyperion in the past as well.

Haha...another one stuck in my head..

I'll throw my name in to be included in future polls - I'm loving that this got off the ground so quickly!

Mod
Hey peeps, I'm getting ready to randomly select someone to choose books for September's FBR Book Club. I have the following people in for the "honor" lol:

Would anybody else like to add their name? Minimum of 25 comments required. :)

Mod
You don't have to abstain just because I did month one Nikki.