I'm officially looking for betas for my completed NA paranormal romance. (Note: Should be an easy read -- no need to edit, etc. Just looking for overall feedback. *Slightly darker undertones, and the romance is slow burn with strong sexual tension.) 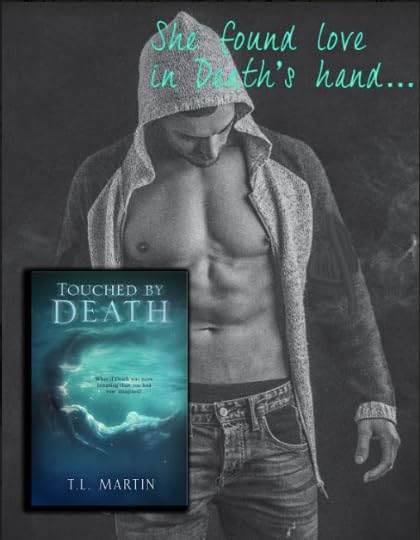 What if Death was more tempting than you had ever imagined?

With Grams' recent passing and a boyfriend who cares more about his next drink than her, Lou Adaire only wants to run. To start over somewhere new — maybe in a town where her family has history.

But when a storm sends Lou’s truck plunging into Tuttle Creek Lake, she discovers exactly what it’s like to fight for your life. To gasp for air only to have your lungs fill with icy water. To die.

What comes next changes everything.

Death. As vague as a dream yet as intense as the lightning flashing above her still heart.
Everything about him calls out to her, tugging at her with the warm vibration of his pull. He’s supposed to take her; they both know it. She wants him to.

When she wakes in the hospital in a new town, she can’t forget what she saw. That impossible sensation of him breathing life back into her, a strong beat playing in her chest and a flutter running down her spine.

Trying to move on with her life in a foreign place is hard enough, but when he comes back for more — his burning touch against her skin, his consuming presence weaving in and out of her life, and his own scars running far deeper than hers — Lou begins to realize there’s more to Death, and to the sleepy Kansas town, than she ever expected to find.

Lou lived. But what if she’s not the only one in need of saving?

Yes, I am :) Thank you! I'll send you a private message in just a moment.

Are you still seeking readers? I have to say your summary has a pull!

I would love to help! How can we get in touch?

Thanks, I'll send you message :)