(((Coo! so I'm gonna be Muse b which is the girl, so if you wanted to make characters first that's fine. unless you had any ideas or input you wanted to add first?))

((Sorry this is late, school stuff got in the way 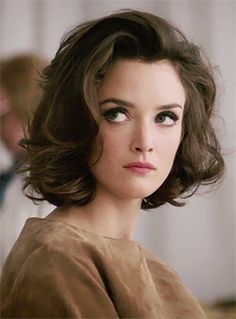 ((First off, I'm soooo sorry this is extremely late. School is just finishing for me and I'm finally free. It's not fair I left you hanging. Even starting an rp when I did was a dumb idea. I should have let you know what was happening. Also sorry this is terrible too.))

The only thing the woman could see as she opened her eyes was a spinning scene. Her focus was off, everything was blurry, her head hurt. Rolling onto her stomach she gave out a small grunt of pain, she could feel the cold tiled floor underneath her but she still didn't feel steady. The woman tried to stand, she failed and toppled back onto her side with a loud thud. This room she was in, there was a gross heavy smell in it that she couldn't indentify. Her head turned to look behind her, her vision still blurry, she was able to make out some large objects against a bright yellow light that she assumed came from a window. She started to crawl over to it. Her hand reached up and grabbed onto one of the blurry objects. It was hard, it felt like a chair. She used it to climb up and steady herself. The woman blinked a few times, it took a minute or so for her eyes to finally start adjusting. She was able to see out the window now. The light was shining through thick bush leaves so she wasn't able to see what was behind. She turned and when her eyes met the scene she felt her heart drop. There where she had been laying was a lady sprawled in a pool of blood, her arms and legs were cut up, a kitchen knife stuck in her chest. Across the room was a man, also deceased, though it was hard to tell what happened to him. The woman staggered back, breathing heavily. She wanted to scream, but her throat felt closed up. Where am I, what the hell is going on?' as she stepped back, her foot caught on a drape, and she slipped back onto the floor. The drape had moved to reveal a mirror, she looked up. The woman could only stare in bewilderment as she realized that the lady in the mirror was also the lady laying dead.

((Hey, I understand. Don't feel bad about it. My last day of school was today! And i thought it was a great start.))

When he came too, he wasn't quite sure what was going on. His vision was fogged and his thoughts whizzing around his mind. There were so many, but he couldn't hold onto a thought, just watch as they slipped away. Somehow he knew that the thoughts were important, but he didn't know what they were about, only that now they were completely gone. The man lay there for a little bit, just trying to steady himself and gain control of his now seemingly empty mind. Slowly he sat up and blinked his eyes, trying to get rid of the cloud that was his vision. Slowly as he shook his head and rubbed his eyes, things came into view. Unpleasant things. When he saw the dead girl next to him he scrambled backwards, startled by its presence and grotesque appearance. Then he saw the second body. A boy, sprawled with his neck twisted at an awkward angle, likely broken. The girl looked to have suffered an even harsher fate though with gashes all over her body and a knife left in her chest. That's when there was a commotion off to the left and what he saw startled him even more. There was another woman, one who looked to be the twin of the one lying dead staring into a mirror with a look of horror spreading across her face. She hadn't noticed him yet and he wasn't sure what to make of her. Was she the killer? What was happening. He debated what to do, approach her or run like hell, but curiosity got the better of him so he said, "what happened and who the hell are you."

The woman was startled when she heard a man's voice, she turned around swiftly still on her knees, her eyes met with the boy. She was afraid to find that he look like the dead man on the floor. She growled a little under her breath. "I could ask you the same," she shot back quickly, her voice harsh and shaky. The girl examined him with a quick up and down of her eyes. She started to stand, unsteady in her feet she crossed her arms trying to search for some sense of security. But how could you when you're standing in a bloody, confusing scene like this? The girl tried to rack her brain, what was going? Then she realized... who was she? She couldn't remember her name, or where she came from, or if she had a family... she started to panic even more internally, her eyes searching the around as if her identity could be hiding in the room. "...I don't know, I dont... I don't remember, I," she stopped, her throat closing up. The woman looked over towards the man, as if she was peering into him for answers.

The man was a little taken back by her harsh tone and experienced what must've been déjà vu. Almost as if he should know that tone of voice, but he didn't remember it specifically. Just a vague feeling. When the girl went on to explain she had no recollection of who she was, he realized that the same went for him. He had no idea of who he was, where he was, how he'd gotten here, or anything. All he had was general knowledge. Like, he knew what a book was, but had no memory of reading one or the names of any specific books. It was quite frustrating as he felt like he was searching an empty room for some kind of information. "I... I don't know who I am either. I don't know what's going on or anything before I woke up here. It's as if I've just been born today with only generic knowledge of things. I don't know what to do." He admitted. He was pretty scared, but hid that emotion as right now he needed to figure things out and keep a level head. "You look like that woman's twin, are you related to her?" He asked, hoping to find a few things out.