I'm about 150 pages into this (and loving it), but I'm wondering if I missed something in the first pages or if there's a reveal coming up. Who is Phillip to Camilla? Her dead husband? Lover? Employer?

That said, if it's a big reveal coming up later just tell me to be patient. Thanks.

Loooooved walking through the ruins at Delphi by starlight. Damn this woman can write.

Phillip is her ex-fiancee. Their break-up; after several years of being together, is the reason Camilla is traveling to Greece. Her girlfriend couldn't go with her due to illness, but she decides to go it alone because she had been so dependent on Phillip for her own happiness and well being. Camilla is making a break from her past and trying to rediscover her own worth. Thats about all there is concerning Phillip.

Aren't her descriptions breathtaking? I soooo want to go to Greece and see for myself. Reading about it was almost as good because I felt I was there with Camilla seeing it all for the first time.

Thanks Pat. I agree about the scenery, she sure can set a scene. Wait until you read Moonspinners. Wow. 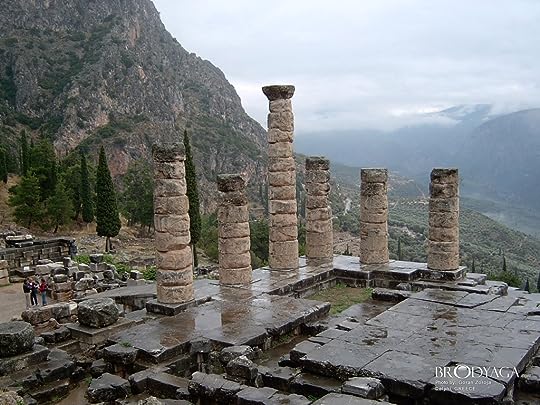 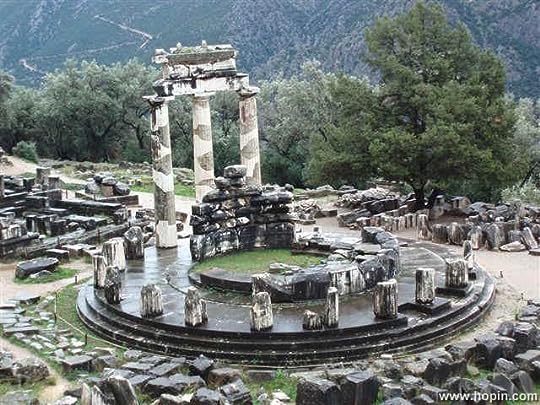 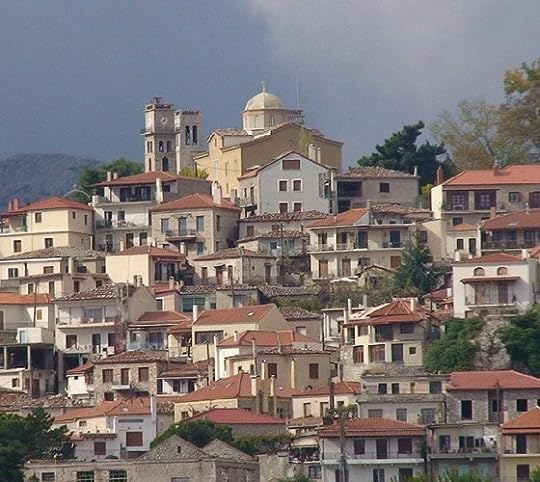 I just googled Arachova, which is the small mountain town next to Delphi. Some of the action takes place there as well. 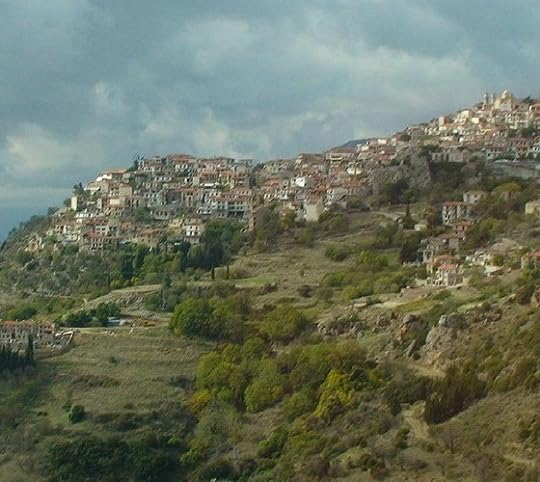 I'm reading this one right now. So cinematic.

Wow - thanks for the photos! I never thought to google the places in her books, just imagined them, but it really helps to see the layout.

I can't help myself with her books. There's just so much to see of the world that way.

Wow, what great pictures! This is exactly how I pictured the places thanks to Lady Mary Stewart's wonderful descriptions. :)

I went to Google Earth to see some of the sites...you can zoom in, but they aren't too clear. The pictures above are fabulous. Thanks for posting them.
Judith

After much back and forth (because I love almost all of her books equally) I have decided that My Brother Michael is my favorite. I love how it all comes together in the end. I love that I can picture everything so well including the action. I want it to be made as a movie but at the same time I don't because I don't want it ruined. I love the mythology woven into the story.

Sewingdervish wrote: "After much back and forth (because I love almost all of her books equally) I have decided that My Brother Michael is my favorite. I love how it all comes together in the end. I love that I can pict..."

It is a wonderful book, isn't it? I don't know if I can choose a favourite, but it's a very strong candidate. I like the way one gets to know both (what was) contemporary Greece and the way it was during the war, with the relationship growing steadily against exciting events with such well-drawn characters. One sees the effects of WW2 and how Greece was changing, something which I'm not sure I'd be aware of without having read Mary Stewart's books.

And the wonderful scenery is so well described. Although Delphi is still a wonderful place, I'd love to have seen it then, when there were so few visitors in contrast to the hoards today.

I'm rereading My Brother Michael for the first time in years - I reread all my favourites but MBM isn't one of those, so it's become a bit of a stranger to me. Despite that, I found I had two copies when I checked my bookshelves! Which old Sixties paperback with the girl dressed in impractical clothes to choose!! I went for this one:

I am trying really hard to like Camilla this time, but I just find her helplessness unconvincing, as though MS forced this trait on her to differentiate her from previous heroines. I'm also trying to find Simon attractive but I just don't. School-teacher doesn't feel like a romantic profession to me. Also, (view spoiler)[ Simon is dismissive of Niko's belief that he couldn't 'handle' the tough resistance fighter Angelos and later proves that he can beat him in a fight. Angelos may be older, but how does a public schoolteacher do that?! (hide spoiler)].

I can see that some people in this thread really love this book. I find it puzzling as it has so much more violence and sex (and sexual violence) than most of her others. A theory I've heard is that MS was trying to prove she wasn't just a 'women's writer'. It almost reads like Ian Fleming at times - while curiously enough, IF's creditable effort at writing in a female voice, The Spy Who Loved Me, sounds distinctly like Mary Stewart-esque! Vivienne Michel would make a great MS heroine - she's beautiful, courageous, intelligent and funny.

Does anyone else have any thoughts about this book? Is it one of your favourites or, like me, do you tend to avoid it? I'd love to know.

I don't think Camilla is helpless at all, but she thinks she is, and that's where all the growth comes into play. If she'd
really been a frail female, she would never have picked up the car (or done a lot of other things).

I think I remember a reference to Simon's military service? He would have been at the right age, regardless, to have served during the years of conscription in the U.K. He could have had a lot of opportunities to learn a few things before he took to teaching! Or even after...

Annabel, I agree that MBM has a different vibe than most of Mary Stewart's books, harder-edged and more violent. It's grown on me somewhat after a couple of rereadings, but it's not one of my favorites.

I think it is the most violent. I tend to read it with one eye squinted shut, and only then because I love the scenery and Camilla's growth.

That's possible about Simon's military service, Karlyne. I'll keep reading and see if I come to it.

I am reading it for the first time; just started yesterday but as with all her books it's a fast read that sucks you in right away.
the color of Camilla's frock is never mentioned (that I noticed) but my paperback shows it at red.

but this one has to be the most inappropriate outfit!

Oh, that second cover is just wrong on so many levels.

MBM is my favorite Mary Stewart, sex and violence notwithstanding. For the atmospheric descriptions of Delphi alone. It must have been so amazing back then to see it without the crowds.
Agatha Christie had written a book abut travelling there from Syria with her archaeologist husband. They went up from Itea like the pilgrims of olden days. That was very well written too.

Jackie wrote: "I am reading it for the first time; just started yesterday but as with all her books it's a fast read that sucks you in right away.
the color of Camilla's frock is never mentioned (that I noticed) ..."

Jay wrote: "MBM is my favorite Mary Stewart, sex and violence notwithstanding. For the atmospheric descriptions of Delphi alone. It must have been so amazing back then to see it without the crowds.
Agatha Chr..."

It's not my #1 favorite, but it is most certainly memorable; the memory of Michael and the need for closure in his death are some of Stewart's most poignant themes.

I still like MBM - her descriptions are, as always, so evocative and redolent of Greece that I am immediately transplanted there.

Susan in Perthshire wrote: "I still like MBM - her descriptions are, as always, so evocative and redolent of Greece that I am immediately transplanted there."

It's a good book to read in the winter when you're looking for a way to warm up!