1.) Get a penname. All of the cool authors have one!

The name that appears is your author penname.

2.) Get a title for your novel

The word listed under "Random Verb" is your title.

Type your title into the search box. The first photo that you find is your cover.

~Edit, add the text to your photo and, boom, your Young Adult novel's cover is created!~

Mod
Lol, it actually looks like someone could have really done it. Mine looks fake in a way.

How do you get a picture on here?

((By the way, that's the photo I used to show the old font)) 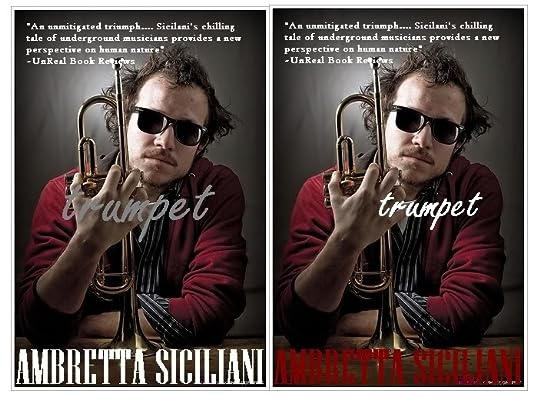 I head fun making mine, so I have like two different books. XD

Mod
what's your other one?

Mod
Wow. I would read that. Or at least admire the cover. The author name needs a different colour though.

Mod
You know what? We should totally try to market this book! We could post phony book reviews and stuff (if not on goodreads, on other places), and get the internet in a total spin about it...

And also see how many people pretend they've read it.

And then when it's revealed that it's a fake, we should have a contest, and the winners get to write the chapters...

Passionate Fan: "It was an amazing book, who ever hasn't read it must be living under a rock!"

Agreeing Fan that knows of Flogging:"I know, right? Who hasn't heard of Justify should be flogged! It's a newberry award winner for pete's sake!"

Obsessive Fangirl:"OMG I LUVVEEEDDD IT!!!!! And remember when the girl did that thing?"

Commenter after RR:"OMG CAN YOU BELIVE" *spoiler

thx! I got lucky with the title

reply | flag
message 28: by [deleted user] (new)
Aug 06, 2009 10:09PM
Sometimes you'll get a title and then a picture that doesn't match at all, those ones are like brain teasers. You have to figure out how a flute relates to harry old man.

Mod
It was his wife's. She used to play all the time. And then she got sick with a brain tumour, too sick to play. And then one day, she died. Silence lives in their house now. This is all he has left of her. Ever since she died, he's let himself go.

Mod
Aww. Thanks. Never mind the fact that my name isn't even Liz, lol... It's just an alias because I'm paranoid.

Mod
ha ha. It's not my pen name though.

By the way, there are some weird pen names out there. One of my favorites is "Topsy Kretts". I'm not sure if anyone uses it, but I saw a mention of it in "The Number 23" film, and I thought it was interesting.

Speaking of covers what do you think about the new cover to Liar?--->

I'm glad they finally made the decision to stay true to the character.

IDK I haven't read it


I haven't read it either, but it's on my to-do list. I heard it's amazing. It's a story a compulsive liar who admits that she is one, at the beginning of the book. She tells you about a murder investigation into the death of someone she knows, she is the suspect. She swears she didn't do it. But she also tells you about how she can convince anyone of anything. So from start to finish you don't know whether or not to believe her or whether or not she is just a big fat liar. Even though she swears this time she's telling you the truth.

Mod
Actually, I just found out it's by Justine Larbalestier. I'm not touching it.

Mod
ditch your fairy. And then I read a short story by her from Love Is Hell and I didn't enjoy it at all.

actually I just added it because some reviewer said it was completely unlike ditch your fairy.

reply | flag
message 46: by [deleted user] (new)
Aug 13, 2009 02:10AM
Yeah, it's supposed to be deep. She actually blogged about the book covers (I was following the issue) and she said she liked the publishing company because most others would not have let her go from "Something light like 'Ditch your Fairy' to something dark like 'Liar'"

Mod
I must remember that publishing company then. I have a feeling that I'm going to switch genres a lot.

reply | flag
message 48: by [deleted user] (new)
Aug 15, 2009 12:33PM
*Nods* The thing is, is that the publishing company is also the one that stirred the outrage over the incorrect cover for Liar. They only just now fixed the cover to look like the character.

I finally made it: