A few on that list are intriguing. Unfortunately for me, they're mostly installments in series I haven't started yet.

The one I'm looking forward to most is The Iron Season by Helene Wecker - the sequel to The Golem and the Jinni.

I've been looking forward to it ever since it was announced. Last I heard, the publication date was supposed to be in October of this year. I haven't heard any updates on that for a while, so hopefully that's still the plan.

My rating for The Golem and the Jinni when I read it was four stars, but based on how eager I've been for its sequel, I might have to bump it up to five. Not many books have that effect, from my experience, and I think it's a mark of an exceptional work.

I'll also include Chuck Wendig's newest Miriam Black book, The Raptor & the Wren, which just came out yesterday. I've only read the first book so far, but it seems like a fun series. So I'm not exactly anticipating it, but he can keep 'em coming. ;)

Mod
Looking for something different? 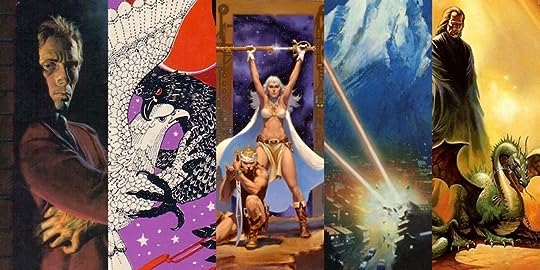 I've read nine. But some of them I've re-read multiple times!

Sadly only two. There's a bunch I've been wanting to read but just haven't gotten around to them. :-( I've seen some of the movie versions, though, so does that count? ;oD

9 here... There are a couple I started but gave up on. Only a few on my TBR list.
Kindred is currently available through the Hoopla Book Club: https://theclub.hoopladigital.com
I hope to read it soon!

10 for me, with 10 on my sci-fi TBR shelf. I was surprised by a couple of them as I hadn’t associated them with sci-fi.

So... I just finished Kindred and have to say that it has absolutely no right to be on that list of 50 top science fiction books. It is not science fiction!

Mod
Erin wrote: "So... I just finished Kindred and have to say that it has absolutely no right to be on that list of 50 top science fiction books. It is not science fiction!"

I've had that book in my tbr pile for a couple of years, I'm going to have to read it. It's a time travel read, right?
What would you say the genre is?

Keli wrote: "Erin wrote: "So... I just finished Kindred and have to say that it has absolutely no right to be on that list of 50 top science fiction books. It is not science fiction!"

There’s “time travel” but the story contains absolutely no science whatsoever. The author herself described it as a “grim fantasy” and I would say that’s pretty accurate.

Grim fantasy, I like it. So it's not all science-y like The Three-Body Problem or Dark Matter, more like Outlander, then, which could never be tagged as sci-fi. Well, unless one want to be wrong.

Mod
9 seems to be the magic number, as that's all I've read too. But I've started three more and have another five in my tbr pile. They just keep getting bumped cos of challenges. 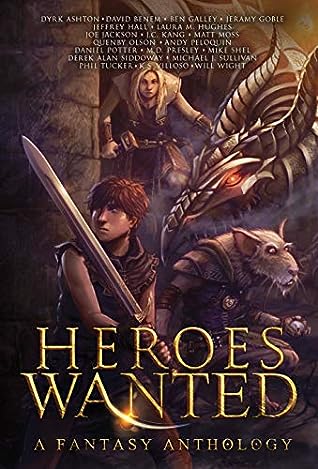 I have only read 5! It’s a really cool list though, could be a challenge (that goes on for years).

Mod
Aya wrote: "I have only read 5! It’s a really cool list though, could be a challenge (that goes on for years)."

Hi Aya, I'm glad we have another SciFi reader in the group. There are a few of us now!

reply | flag *
message 19: by [deleted user] (new)
Aug 31, 2020 11:56PM
I love sci fi and Fantasy, but as I have grown older I find myself a little...cannot find the word in English...I read 50 pages and decide if I should go on, I tried Asimov The Foundation series but grew borred! I wish I had read them as a child, they are still on my TBR

As with the numerous Star Trek books out there, many authors have contributed to the Star Wars print world.

4 of the older ones I've read were:

These are mostly rated 3.3 to 3.5 stars by GR raters. The most memorable for me was the 'Splinter' book, in which Leia has a surprise for us all. I enjoy the SW books that are NOT re-hashes of the actual movies, but instead provide new stories we've never seen. 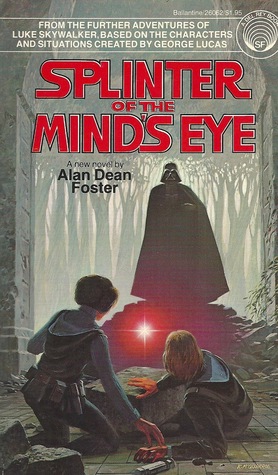 I hope to make my way through all the books... eventually, lol! I loved The Legacy of the Force series and Fate of the Jedi series. I hear the X-Wing books are fantastic too, so I might hit those next.😊

These lists are great, thanks guys. 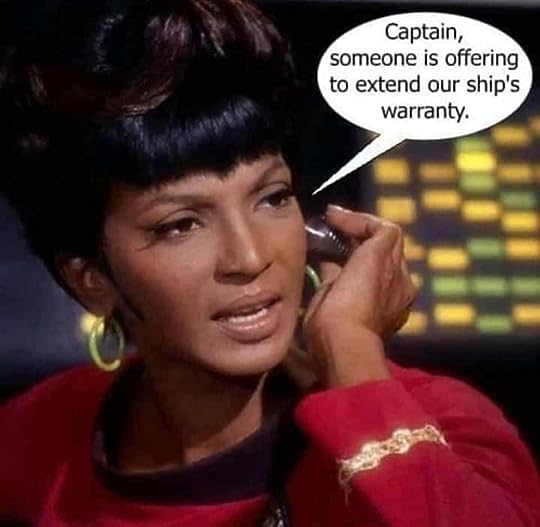 I've only read 6 of 'em, but added some of the others to my WantToREad list.


Here's a similar list of "The 50 Greatest Apocalypse Novels":

Great links. I am gonna pile up on my TBR. Thanks, StarMan!