All male characters, regardless of gender orientation, must be posted here. All characters, including moderators, must be approved by the head moderator.

Dɪsᴄʟᴀɪᴍᴇʀ (view spoiler)[Property of Wickling Trash. Credit to Baa and Jenn. This template is inspired by their templates. Please refrain from copying this template without the permission of its owner, Wickling. If you would like to utilize it, simply message me your request. Anyone who disregards my generosity and pirates this design will need to conduct heavy surveillance upon their person, for I do NOT tolerate such actions. Thank you for your cooperation. This is a production of Wickling Trash © (hide spoiler)] 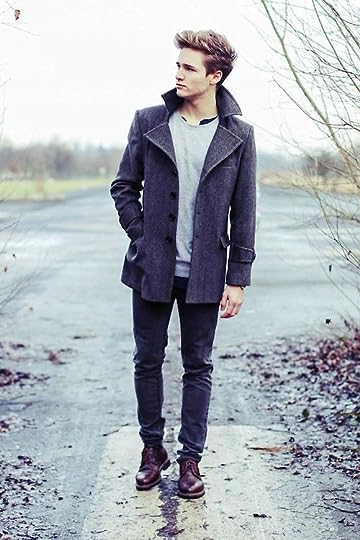 Jovan lives a certain life style: Waking up to a different face each night. Ruled by his 'downstairs brain,' he follows his longings wherever they may lead. This caused him to end up in rather sticky situations, no pun intended.

Jovan is sensually self-indulgent, and pursues pleasure over anything else. He lives an extravagant and sybaritic life style which causes him to abhor physical labor and prefers things to come to him, and not the other way around.

Jovan is gallant and poised, at least when you first meet him. While he is sophisticated and refined in culture and manners, he usually ends up becoming a flirtatious pervert after a couple minuets. Jovan usually uses his haughty attitude for politics, not for social gatherings.

Jovan is excessively talkative, especially on trivial matters. This garrulousness of his causes many to be annoyed with him.

Hot-headed, Jovan is disputatious and truculent. Quick to instigate and start quarrels, he is quite feisty and is fairly short-tempered. He can not restrain his anger, throwing tantrums and outbursts at the slightest inconvenience. He tries to keep poised and calm in the public eye, though the frequent thunderstorms are due to him having a bad day.

( Aʟɪɢɴᴍᴇɴᴛ ) Chaotic Good
↳ Jovan does what he believes to be morally right, however, he is mainly concerned with preserving himself and satisfying his own self-interests than helping others. He doesn't mind breaking laws - or skulls - in order to get what he desires. He cares little for the Factions or their opinions.

( Fᴀᴄᴛɪᴏɴ ) None
↳ Jovan follows no party, he is aligned to no Faction. He serves only himself.

( Pʀᴇғᴇʀᴇɴᴄᴇs & Aᴅᴜʟᴀᴛɪᴏɴs )
He enjoys the sound of rain on windowsills and cold coffee. Hot chocolate with whip cream and cinnamon on top is his favorite drink. He loves his dog and enjoys snuggling with a blanket late at night with a good book.

( superiorities )
▲ Speeches - Great at talking, especially flattery
▲ Remembering faces - Bad at remembering names, however
▲ Self defense - He can hold his own in combat

( Dɪsɢᴜsᴛs & Aʙʜᴏʀʀᴇɴᴄᴇs )
He dislikes Sleepers and having to deal with politics of the Other variety. He dislikes sunny days and he isn't very fond of children or pregnant women.

( secondary )
Electrokinesis:
↳User can create, shape and manipulate electricity, a form of energy resulting from the movement of charged particles (such as electrons or protons), allowing control over electric fields, all charge carriers (Ions, Electrons, Protons, and Positrons), electronics, and electromagnetic forces. Electricity needs a conductor like metal or water to move through and may be insulated by non-conductive matter, such as air and rubber. Electricity may be redirected by certain materials. May be limited only to the path of least resistance. May become useless if confronted with electrical resistant material, such as rubber or silicate. May have to find electrical sources of power in order to recharge. May have problems using electronics. Users may short circuit if hit with water.
Pluvial Zone
↳The user is constantly followed by clouds and heavy rain within an atmosphere. User has almost no control over this power.
Sky Manipulation
↳Users can control the sky and everything in it, including all the aspects of the weather, from the purely physical ones and also mythical/conceptual ones.
Weather Mimicry
↳User is or can transform their body completely into weather phenomenon, including wind, clouds, storms, etc. Users transformed form can be either anatomically identical to their normal form, aside of being made of weather, in which case it contains all to organs and is somewhat vulnerable to attacks. Alternately user can transform into homogenous matter, without any part of their form being more important than the other.

( Hɪsᴛᴏʀʏ )
Born to Dionne and Franco Moretti back in 1985. His middle name was a reference to his grandfather, Andrew. He was born on their honeymoon in Florence, the family lived in Verona till Jovan was six. They then moved to America, to be more specific Venice, Virginia. He grew up strong and healthy, and when he was a freshman in High School, he joined the swim team and became the star athlete. At age nineteen, he went through a short-lived metal phase - long hair and leather - it haunts him to this day. Some time during his late teens, he Awakened, and soon after he Woke, his parents were killed. They were vacationing in Verona for the summer at this time, so no one in America knows the details of the death of his parents but him, and he isn't too keen on sharing that information. He is a very reserved person, and there are many rumors circulating about him, but he pays them no mind. He could care less about what others think of him. He always wears a necklace with a pendant of fulgurite, from his first intentional bolt, a reminder of his new life, a second chance to do things right. When he can't find it, he gets really stressed and causes harsh winds to blow through the town. 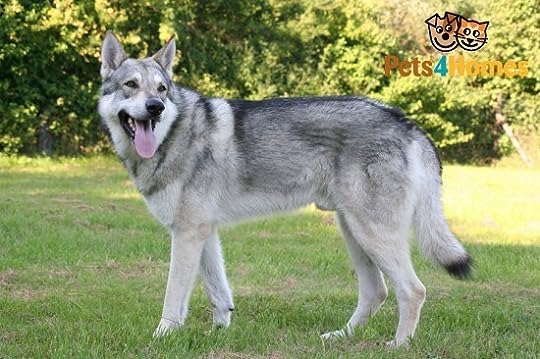 ( fighting style )
He does not like fighting, but he has taken numerous self defense classes as a teenager. He can hold his own in a fight.
( magic )
He can perform storm magic, given his capabilities. But that is the only form of the arcane arts he is able to do.

( Religion ) Magi
↳ Jovan follows the "religion" of the Magicians, but he himself is not a Mage. He follows the Northern Watchtower of Air, with the symbol of the sword, of the Guardian Sephiriel.

( rumors about him )
He is the Dreamer Jupiter, whom the Romans worshiped as a god.
He is a Wolfkin who eats other Therians to take their powers.
He is a Vampire who drinks other Vampires to take their powers.
He is involved in a sex scandal with a married woman.
He is racist and sexist.
He killed someone before.
He is a practicing homosexual.
He pays current visits to a certain brothel outside of town.

true neutral ; achilles doesn't care. if there's a massive war between good and evil, he'll be switzerland, call the ambulance when everyone's finished. trying to get tav to care about the factions and their petty arguments is like trying to get a teenager to not be sleep-deprived. he's not chaotic, and his morals are arguably non-existent, so where else does he fit? certainly not good or evil.

hybrid — werewolf / vampire ; if you couldn't tell from the not-so-hidden scars, or his attitude, tav doesn't appreciate his parents in the slightest. thanks, mum, for an anaphylactic allergy to silver. thanks, dad, for the need to drink blood. thanks for depriving him of the chance to have a normal life.

Achilles, a hero's name. A Greek hero, thus instantly dooming him to a life of misery more so than his birth. Fate was against him from the outset, his name the signature that sealed his doom.

broken ; shattered — a fragile, breakable thing, tossed carelessly to the ground. perhaps once he knew what it was to be whole, stable, loved ; he does not remember such a time, but he wishes he were wrong.

Achilles Octavian Llewellyn was born Awake. His mother died in childbirth, and his father... well, his father was a semi-insane thousand-year-old vampire, so it's pretty easy to figure out how involved he was.
To put it simply, Tav's life sucked. First, there's the unnecessarily pretentious name, then there's the fact that both of his parents died before his fourth birthday, then just add on the fact that he's a hybrid.
—suicide mention / (view spoiler)[Over the nineteen years that he's been alive, Tav has attempted suicide once. When his best friend Awoke, became a mage and decided they wanted nothing to do with him, Achilles was more alone than ever. With nobody left to care what happened to him, he slit his wrists. His mother being a werewolf, Tav inherited her accelerated healing — so you can imagine how pleased he was to find the cuts healing too fast to kill him. (hide spoiler)]
—self-harm mention / (view spoiler)[Seven half-healed scars lining his wrists, done with a silver knife. The burning, his hand shaking — things he has tried to leave in the past. (hide spoiler)]
Over nineteen years, Tav's learned a lot. Being born Awake sucks — you never had a chance at a normal life. Friends will ditch you as easily as a broken thing. And no matter how hard you try, sometimes it's impossible to pick up the pieces.