If you love romantic comedy then you MUST buy P.I.T.A by Brooke Blaine! It is absolutely fantastic! This is the 3rd book in her LA Liaison's series but it can be read as a standalone. I guarantee if you read it, you'll want to get to know the other 3 friends in this fabulous romantic comedy series about 4 outrageous, outspoken, strong willed women who find love. (Book 1 is called "Licked" about an ice cream parlor owner who whips up boozy shakes at night; Book 2 is called "Hooker" about a matchmaker).

Two more books arrived today, Raise the Titanic! and The Quiche of Death

I really enjoyed RAISE THE TITANIC although I read it long before Robert Ballard's discovery.

Betsy wrote: "I really enjoyed RAISE THE TITANIC although I read it long before Robert Ballard's discovery."

I've wanted to read it ever since I saw the movie based on the book. Love the Dirk Pitt character and I've read several other Ludlum books that feature him.

I got two paperbacks and one e-book.
Since the e-book is what I've translated from Japanese into English, the publisher gave me a free copy. ;-P

First and Only Destiny

arrived via PaperbackSwap the other day :)

Mod
My first buys of the month:

Mod
There was a Scholastic Book Fair at a local school I visited today, so of course I had to buy something. I came home with just:

Disney's Beauty and the Beast, Lost in a Book An Enchanted Original Story, and Hidden Figures.

Men of Order: Authoritarian Modernization Under Ataturk and Reza Shah by Touraj Atabaki e. a.

Most of us will encounter this dichotomy in a panel of Marjane Satrapi's Persepolis: "At the time, the republican idea was very popular in the region"... 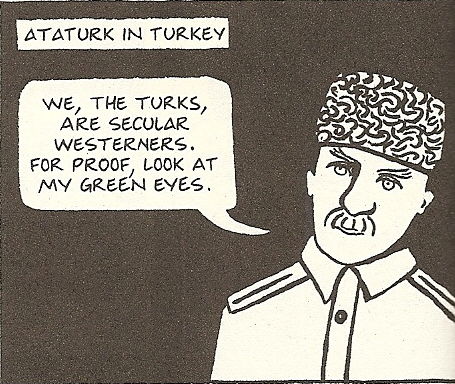 Once again, established scholars have stolen my idea to write a book : that Atatürk and the Shah sound a lot alike, kicking Islamic countries into a Westernized 20th century during the interbellum.

It's a lot more complicated than I tought, with Atatürk having the benefit of total control over a state structure that had been partially reformed in the course of the 19th century. Reza Shah had a capital, a few army units and a bickering Parliament of merchants and religious men used to having their way.

Shroud for a Nightingale

This beautiful box set just came in the mail today!

I ended up buying quite a bit over the month, but here were a few that I bought with some birthday money