This topic is about Nothing
22 views
Book Discussions (general) > Nothing, by Henry Green 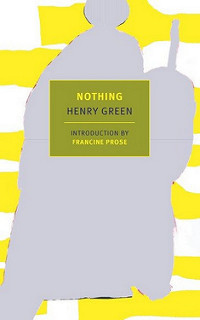 In Nothing the generations face off, with the parents flesh-proud and weary and the children oddly tentative and abashed, each group struggling to understand and have its way with the other. Jane Weatherby and John Pomfret are erstwhile bright young things and sometime lovers, whose long-ago affair had its share of disastrous consequences. Now after World War II and in the midst of postwar austerity, youth and its pleasures seem far way, though nostalgia remains a bond. To them their respective children, Philip and Mary, seem timid and conventional, and it is true that with no money and no great hopes, these young people for nothing so much as stability. Indeed they seem--to their parents’ horror (perhaps because it can’t be ruled out that the two are brother and sister)--bent on marrying each other! Jane and John will do their best to make sure those plans come to nothing....

Nothing and Doting were the last of Henry Green’s novels, two books written almost entirely in dialogue. Not unlike the plays of Samuel Beckett, these arraignments of lust, folly, and helpless misunderstanding are as comic and entertaining as they are dire and mournful.

Mod
Cover and description up!