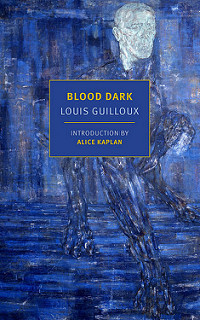 Louis Guilloux’s novel Blood Dark tells the story of a brilliant philosopher trapped in a provincial town and of his spiraling descent into self-destruction. Cripure, as his students call him, the name a mocking contraction of The Critique of Pure Reason, despises his colleagues, despairs of his charges, and is at odds with his family. The year is 1917, and the First World War continues its relentless course, with French soldiers not only dying by the tens of thousands but also beginning to desert in protest. Cripure, having seen student after student go to his death, finds himself literally up in arms at the complacent patriotism of his fellow teachers as he challenges one of them to a duel. Unfolding over the course of a single day, Blood Dark describes how Cripure manages to embroil himself in this ridiculous “affair of honor.” Guilloux’s novel, an important inspiration to the young Albert Camus, is an unflinching attack on the hypocritical pieties of a middle-class society and a tragic portrait of a man at war with the world and himself.