This topic is about Melville
39 views
Book Discussions (general) > Melville, by Jean Giono 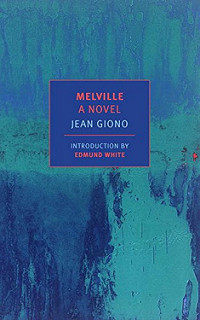 Moby-Dick looms large in the world’s imagination. But until the mid-1930s—eighty years after it first appeared in English—it remained unavailable in French. The Provencal novelist Jean Giono fell in love with the book. He inspired his friend Lucien Jacques to join him in the project of rendering Melville’s stirring prose. After they finished, their publisher persuaded Giono to write a preface. Giono was unwilling at first to accept—the translation had taken a few years to complete, and he was eager to move on. But he was brought around by the desire to introduce Melville to the French public.

The result, issued as a separate volume in French, is an unparalleled intercultural creation, part preface, part biography, part philosophical rumination, part romance, part unfettered fantasy. The French publisher continues to classify it as “un essai,” a literary experiment. Melville: A Novel is an intimate homage from one great writer to another, across time and space, a true meeting of French and American minds. Paul Eprile’s meticulous translation of this startling text brings the exchange full circle.

Mod
The cover is up.

To-read - but he''s one place behind CLR James.

Mod
Updated to include the description, and boy does this sound fantastic!