This topic is about Down Below
16 views
Book Discussions (general) > Down Below, by Leonora Carrington 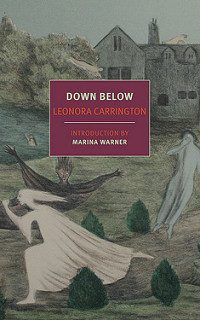 Leonora Carrington is perhaps the most enchanting of the women Surrealists. The daughter of Anglo-Irish privilege, she broke free of her manor-house upbringing and fled, first to art school, and then to the Continent. Though she is best known as a painter of the gothic fantastic, with a cult following and one-woman shows at museums around the world, her writing is no less striking. Down Below describes the events of 1940, when, after her longtime lover, artist Max Ernst, was sent to a concentration camp, Carrington was “led across the border of Knowledge” and imprisoned in a sanatorium for the insane. This powerful testament, reminiscent of Carrington’s great novel The Hearing Trumpet, ranks with the work of Sylvia Plath and Janet Frame in its raw evocation of madness.

Mod
Pushed back slightly to April 18.