---> When Muse A (someone who’s led a comfortable life in a stable home) encounters Muse B (someone who’s struggled since birth and was raised by members of the neighborhood gang) on a hot summer night, an unlikely romance blossoms. As opposite as the pair of them are in circumstances and attitudes, they click somehow; initially, Muse B sees no reason to share that they’re affiliated with a notorious gang. As long as they’re careful it won’t ever be an issue, right? Muse A and Muse B’s relationship progresses in a positive direction until one night when Muse B’s car is tailed by someone from a rival gang while Muse A and Muse B are on a date. Without warning, the blissfully-ignorant couple are caught up in a drive by. No one is critically harmed, but Muse A is definitely shaken. Though grateful that they both survive with minimal injuries, Muse A’s entire world is turned upside down when Muse B admits that they were the intended target due to their gang ties. Muse A- who couldn’t be further removed from that type of lifestyle- is devastated. Despite Muse B’s attempts at reassurance, Muse A is fearful for Muse B’s life and also for the safety of their own loved ones now that they know the truth of Muse B’s background. Muse A has to wonder if the feelings they have for Muse B are enough to justify putting themselves and their friends/family in danger.

Will Muse A end up giving Muse B an ultimatum?
Will Muse B choose loyalty to the one they love or to the only family they’ve known?

I'm really excited to do this with you!

Same!
What do you want to do for characters?

I'll be doing a female unless you want to try multiple characters. To add more drama to it?

One character each is fine, how detailed should they be?

Cool, Not too detailed because I add more detail as the rp goes on.

Alright, I'll work on a character.

➳ {{Birthplace:
|♟| New York. New York
-
➳ {{Birthday:
|♟||January Fourth- 1/04.
➳ {{Time of Birth:
|♟| Twelve Sixteen - 12:16 am
➳ {{Zodiac Sign:
|♟|Capricorn - The Ram (♑)
-
➳ {{History:
|♟| ➳ Jonathan Roman, or Jon, as he was more commonly known, was born to a poor and single mother late one March after another of his mother's misguided relationships that barely lasted longer than a week. It was impossible to track down which of his mother's boyfriends was his father since his mother didn't even know the names of half. Childhood for him was stuck in a two bedroom flat that always held the assaulting linger of smoke and stale liquor where he learned to not make a sound as his mother 'worked' in the next room, it seemed like a different guy each night. The small amount of income the Roman's had went straight back into Jon's mother's addiction. Daily, he found himself waking in the middle of the night to go to her room, just to see if she was still breathing. He was 6 when he found her slumped in the bathroom with an empty bottle of pills. After that, he found a new home with an old friend of his mothers, the catch was that it was with one of the state's most infamous gangs. 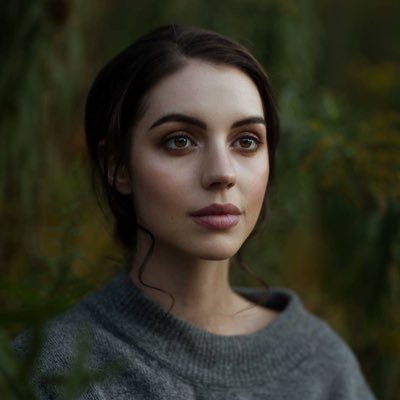 Personality: Adrianna Grey is very kind, she shows a loving and caring side of herself to anyone that comes to her. Though she can be very rude and protective when it comes to her getting hurt or her family getting hurt.
History: Growing up Adrianna was in a good family they weren't too rich but they weren't poor either. They were all close, Her mother was a nurse at the community hospital, her dad was an IT, while she and her brother went to school together he graduated early and went to an Ivy League school. She stayed home and is going to the University to finish her degree in Nursing. She's had some bad relationships while in high school but nothing compared to her first ex that cheated on her with her best friend. Now she's ready to find a more serious relationship with someone.
Other:

Nice!
Where should we start the rp?

Thanks! Maybe they are beginning their stage of dating?

Great:) could you start please?

With a small groan, Jonathan slowly blinked his eyes open and glanced around the still quiet room, checking the time on clock that sat on the table to his right. He had only got 4 hours of sleep last night. Another groan brought Jon to a sitting position as he pulled on his shirt from last night to walk out of his room. "Coffee first, then shower..." he muttered, running his hands in his hair in a failed attempt to fix it. He was on autopilot as he pulled down the canister of coffee and began to prepare a fresh pot. While the coffee was brewing, Jon pulled out his phone to message Adrianna, they had met a few weeks ago and things between them were starting to turn serious. "Hey beautiful, are you awake?".

Her alarm went off though she was already awake, Adrianna pulled her hair into a french braid before fixing her nurses outfit. She slipped on her shoes as she heard the sound of a familiar ding. She smiled softly and picked up her phone to look at the text the contact name brought her a big smile. Seeing it was Jonathan just waking up and sending her a message was sweet. "Hi handsome, I just finished getting ready. Though she had little sleep she was working hard on her last nursing exam plus the job she already has at the hospital added to her schedule. Though she always made time for her Jonathan, after their first successful meeting she was so happy to continue things between them and now they were hitting a serious point.

Jon had set his phone down as he waited for Adrianna's reply, the coffee machine bubbling in the background as he walked back to his room to grab a set of clothes for the day. He heard his phone buzz on his way back, a small smile pulling up the edges of his lips as he went to go grab it, setting his clothes on one of the chairs, he would change after his shower. He didn't know how it happened, he's had other girlfriends in the past, but somehow Adrianna had him wrapped around her finger since they first met. Then you're way ahead of me, I haven't even got dressed yet. Do you have class today? he texted back, knowing she had her last nursing exam soon, but really wanting to see her today.

Adrianna smiled at his text and checked her schedule. She finished braiding her hair before picking up her phone to answer. I'm actually late,I have one class in thirty minutes. After that I'm free.she wanted to see him too and hopefully after her class they can see each other hopefully. She finished getting ready and grabbed her bag and text book. She walked out of her house and closed the door before heading to the campus which was walking distance.