reply | flag *
message 2: by [deleted user] (new)
Jan 26, 2017 02:57PM
Did we want to discuss the plot any more before we start or just go and figure it out along the way, since we've already got a pretty good thing to go with right now?

reply | flag *
message 4: by [deleted user] (new)
Jan 26, 2017 03:10PM
I generally just do name, age, and appearance, though because I'm planning on using my DID character, I might go a little more detailed. Let me just get her up and you can post what you think is a good match. I used her in another RP, so I have to edit her a bit. 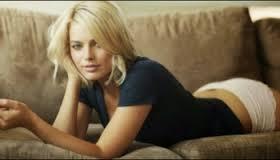 Dysentria is 5'5, with long blond hair (longer than the picture) and blue eyes.

Personality:
Dysentria is, well, nuts. Literally. She suffers from Dissociative Identity Disorder, also known as Multiple Personality Disorder. Her dominant persona is Dysentria, while her underlying persona is Scorpia.
Dysentria's personality is rather dark and rather angry. Angry at her family, angry at life, and angry at Scorpia. But she is really quire a sensitive girl, despite how she tries to hide. She is caring and compassionate if you can break down her barriers. If a person is lucky enough to gain her affections, there's nothing she won't do for them. But piss her off, and Hell hath no fury like an angry Dysentria. She hates to show it, but she is absolutely terrified of Scorpia.
Scorpia is even worse. She is maniacal, murderous even, and is often compared to the comic book character Harley Quinn, minus the Stockholm Syndrome. She had no interest in listening to authority, and can be a danger to herself and others. She doesn't get angry easily, mostly just more crazy. She laughs at other people's pain, especially if she is the one inflicting it. When she gets angry, though, you better watch out, because she will cut you, and so much worse.
Dysentria knows of Scorpia's existence and Scorpia talks to her often (Only in her head of course) Though Dys does not remember anything that happens when Scorpia manages to gain control of their body.

Yours can be however long you want it to be, and you can add whatever you want to add. I just had her made already and it would be confusing for you if we started the RP and you had no idea what was going on with Dys and Scorpia lol

Holy frick he's hot! Can I have him please? lol

Lol bruh. All the good ones are always taken lol

And I can start yeah, but where should we start?

reply | flag *
message 11: by [deleted user] (new)
Jan 26, 2017 04:47PM
Dysentria was in hell, she just knew she was. How else could you explain her life? Locked in this godforsaken place that these idiot people called a mental hospital, surrounded by crazy people and doctors. They kept trying to get her to take these damned pills that she didn't want to take, telling her they would "help" her when she knew full well all they would do is keep her calm and docile so that the crazy bitch didn't come out and try to kill everyone. "The crazy bitch" being Scorpia, of course, not that anyone other than Dysentria called her that, which was probably good for their health.
Currently Dysentria was being escorted down to group therapy, which she refused go to on her own, so someone had to take her down, and because her reputation proceeded her, the person taking her down had to be the biggest, meanest looking orderly in the entire building. Figures.
Once she was delivered to her so called 'therapy' session, she sat down in one of the chairs with an annoyed huff, crossing her arms over her chest and refusing to look at anyone else in the room, clearly unhappy about being here.