Mod
"The Princess Bride" is a 1973 fantasy romance novel written by William Goldman.

The book was adapted into a 1987 feature film, whose screenplay was written by Goldman himself, and which was directed by Rob Reiner.

Released in the United States on September 25, 1987, the film is number 50 on Bravo's "100 Funniest Movies", number 88 on The American Film Institute's (AFI) "AFI's 100 Years...100 Passions" list of the 100 greatest film love stories, and 46 in Channel 4's 50 Greatest Comedy Films list. In 2016, the film was inducted into the National Film Registry, being deemed as "culturally, historically or aesthetically significant."

Earn points for reading or watching "The Princess Bride". There is no deadline for finishing this! :) Enjoy yourself, I mean it! (Anybody want a peanut?) 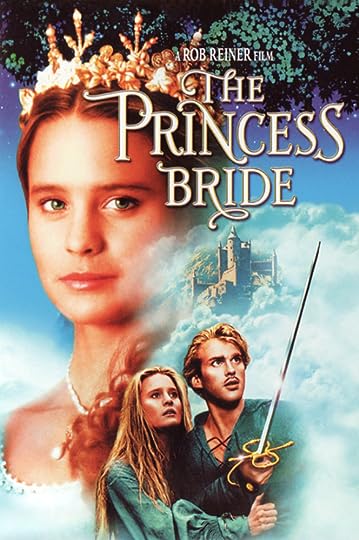 Love this movie! So happy to watch it again!

Mod
The book is hilarious as well! I was definitely excited about posting this combo!

Watched the movie. Can't believe I never saw this before. Funny and sweet.

Mod
This was your first time watching it!? I am so glad you got to give this goofy little movie a whirl. :)

Mod
Just finished the book today. I loved it! I feel like I enjoy this book more and more with each read. :) I will be making syllabub soon, thanks to one of Buttercup's delightfully dumb blunders!

Oh man! I read the book over this past summer. It’s one of those rare instances when the movie is better than the book (shock! Gasp!). I can quote the entire movie....which sometimes gets on people’s nerves lol.

Mod
I love both the book and the movie, though I was definitely exposed to the movie before I read the book. Have you read As You Wish: Inconceivable Tales from the Making of The Princess Bride by Cary Elwes? I have not read it yet, but one of my good friends sent me a signed copy this past year!

I haven’t yet. I would like to get it on audio though since Cary does the narrating!!!

Mod
YAY! I love his voice! That would probably be a really cool one to listen to!

Mod
That was your first time watching the film? :D I am glad you liked it!! It is one of my favorites. Wayyyy back in the day, my friend and I used to watch this movie Saturday mornings. I love it. The book is also fabulous. :D

I obviously need to read the book lol

Yeah I think I only started hearing about Princess Bride after I joined goodreads :)

But this movie is on tonight at 10:00 on the channel called POP for Comcast users. I can’t not watch if it’ll be on tv...even though I own the movie :)

Read it for points!!!

This is one of those rare times where the movie is soooo much better.

Hahahah! Okay will do

(you saying that suddenly just reminded me that I also need to watch "Breakfast at Tiffany's lol, you also liked the movie better)

Yes, you do!!! That could have been heavily influenced by Audrey Hepburn though!!

Well she is awesome so :)

Mod
OMG! This is totally one of my favorite books! :D

Mod
Also, I have had a heck of a time finding Breakfast at Tiffany's. I tried to get it from the library a few times, but it is never available. Gonna try reading it next year!

I listened to it on audio which I found on youtube last year :) maybe you could look there

Mod
Ohhhhh...great idea! I will do that, thanks!

Breakfast at Tiffany's and Three Stories (other topics)
As You Wish: Inconceivable Tales from the Making of The Princess Bride (other topics)