Mod
I'm very concerned about the environment in the new US administration. I want to start this thread to keep aware of it. We need to encourage speaking out and writing letters if it continues to get worse.

President Trump is committed to eliminating harmful and unnecessary policies such as the Climate Action Plan and the Waters of the U.S. rule. (from the new White House website)

Mod
He wants to make a bunch of money now on fossil fuels without consideration for the future.

Mod
Sigh... it's going to be a long 4 years. Given the intransigence of this new administration (and the "climate-denier all-stars" in the cabinet), I'm really hoping that local and state governments take the lead on this vital issue. Smaller scope but more nimble?

States Will Lead on Climate Change in the Trump Era 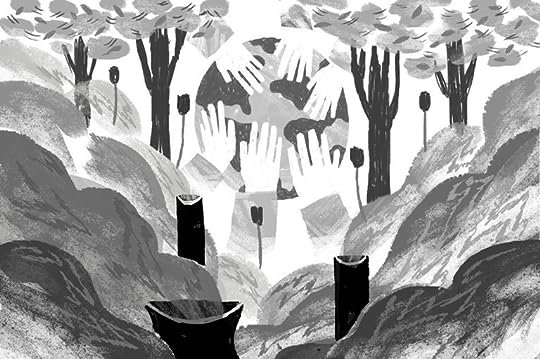 Yes, that is probably the best bet at this point.

Mod
You can eliminate quite a few states off the top. Oil states and coal states and so on.

Mod
Massachusetts just introduced carbon pricing legislation in both house and senate. I'm spending a lot of time advocating for this, in addition to a national carbon price. Some hope success at state level will make it easier to pass at national level. I think that's true but that take years and better if we not wait that long. The sec state pick Tillerson (former Exxon top exec) has recently said things about needing a price on carbon and that climate change is a real concern and that we should stay at the table for the Paris agreement. Since he is an oil person, maybe he will be believed more.

Mod
The oil companies knew about this long ago. Just like the tobacco companies.

Mod
Be interesting to see if MA atty general and others will be able to prove this. I'm sure they're up against the best lawyers money can buy. They did prevail against tobacco but the stakes are incredibly high here. It must be investigated. Not sure what I can do about it today. I did mention it in my novel but obliquely, since I didn't have evidence.

Mod
Robert wrote: "Be interesting to see if MA atty general and others will be able to prove this. I'm sure they're up against the best lawyers money can buy. They did prevail against tobacco but the stakes are incre..."

Watch this episode of Frontline, the best show on television. I highly recommend being a regular watcher. Many shows are online.

Mod
And yet they got away with it unscathed. Although I imagine their research is being used by the attorneys general. It's time for people to force bold action. (it's been time for a long while but have to do what we can)

Robert wrote: "Massachusetts just introduced carbon pricing legislation in both house and senate. I'm spending a lot of time advocating for this, in addition to a national carbon price. Some hope success at state..."
Robert, Do you live in Massachusetts? I do.

Mod
Yes. In Boxford. I just sent you a goodreads email.

Mod
And speaking of overpopulation:

The education of Supreme Court nominee Neil Gorsuch in the ways of Washington began long ago.

Robert wrote: "Yes. In Boxford. I just sent you a goodreads email."

I don't think I got the email, or maybe I don't know where to look for it.

Rob, I just found the email and wrote back using Goodreads.

Mod
Scott Pruitt appears to be certain of being the new EPA chief. Are there any Republicans out there willing to say NO to this one?

Jimmy wrote: "Scott Pruitt appears to be certain of being the new EPA chief. Are there any Republicans out there willing to say NO to this one?

I spent the whole day trying to find some Republican legislators who have the spine to go against this nomination. Still searching. Tweeting....and feeling very discouraged.

From article:
The CRA basically says the House and Senate can kill any recently finalized regulation with simple majority votes in both chambers, so long as the president agrees. What counts as “recently finalized” gets complicated, but Congress can basically vote to overturn any Obama-era regulation that was finished after mid-June 2016 — a list that spans more than 50 major regulations.

Mod
Whenever someone says there are too many regulations, this is the result. They allow coal sludge to pollute streams. How else can we stop them without regulations?

"The Environmental Protection Agency shall terminate on December 31, 2018." (THAT'S THE WHOLE BILL, FOLKS!!)

The bill, introduced by Florida Republican Matt Gaetz and co-sponsored by Kentucky’s Thomas Massie, Mississippi’s Steven Palazzo, and Georgia’s Barry Loudermilk doesn’t bother with anything like wondering what happens to the data the agency collects, or the enforcement the agency carries out. It doesn’t sweat the details of employees or contracts. There’s nothing about what happens to the Clean Air Act, or the Clean Water Act, or the Endangered Species Act, or … anything at all.

Of course, Republicans already have an alternative means of destroying the EPA in place. Under Scott Pruitt, the plan is already underway to subvert and pervert the agency’s mission, to make sure it is critically understaffed, to turn it into a prime example of a non-functional bureaucracy.

So it’s likely that Gaetz’s bill won’t get the support it needs. This time.

Mod
A major excuse is that states know how (and if) environmental regs should be applied in their state. The problem with this is that other states are downwind and and downstream from others. Also, I think, 50 separate research and policy development efforts are not going to be nearly as effective.

Mod
Mercury enters the air from coal-powered plants, settles in water, and gets into the bodies of fish. It travels west to east in the air.

Mod
I recommend reading some of the many books out there about mountaintop removal coal mining. That it the type of thing this president will allow.

Mountaintop removal coal mining was never stopped. The practice has been in use since the 1970's.

Obama didn't stop it, just like everyone else before him. They took so long to write the regulation (he had 8 years) that it didn't go in effect until Dec 2016. That put it well within the 6 month period when an outgoing president's new regulations can be canceled by a simple majority in congress and the president's approval.

Mod
Here is the wiki history:

Breaking Through Power: It's Easier Than We Think

No US steel pipes required for existing pipelines being built?

Rick Perry takes back everything negative he said about the Dept of Energy. Claims he didn't know what it did or how important it was, but now he wants the job and says he now supports climate research.

The projected EPA cuts would strip its budget by $2 billion and its staff by some 3,000 employees, including 97 percent reduction in Great Lakes funding.

Mod
Sigh. This is depressing and frustrating... but not unexpected. It's going to be a long 4 years for the environment.

Brian wrote: "Sigh. This is depressing and frustrating... but not unexpected. It's going to be a long 4 years for the environment."

I believe Trump will be impeached because it will be too exhausting for his "handlers" to watch him for four years, prevent world war, the bombing of Sweden, etc. My thought is the GOP is getting Pence ready...because party loyalty or not, which George Washington warned could subvert what is best for the country (1796!), they WILL move on impeachment when they see THEIR OWN political careers threatened; I think this is the only way they will move on it--narcissism seems to be the one thing they all have in common--but we'll take it. I know the five GOP representatives here in CA (ha ha--it's not much more than this!) can probably kiss their political careers goodbye at this point. Hundreds of angry constituents at their doors...and some not let in.

What's wrong with all of us becoming activists?

Schwarzenegger quits 'Apprentice', cites excess baggage: Trump remained an executive producer for the show even after he became president.

What's wrong with all of us becoming activists?"

Nothing really, Virginia. I've been an activist most of my life, but I know that it is not something everyone wants to do, and I think it is going to take the majority of citizens getting actively involved.