Did you guys hear Michael Jackson might have a secret son, 25 year old rapper and singer, Omer Bhatti, after a one night stand with a norwegian dancer on tour. 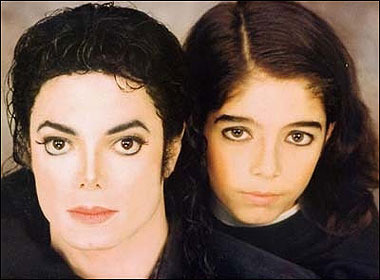 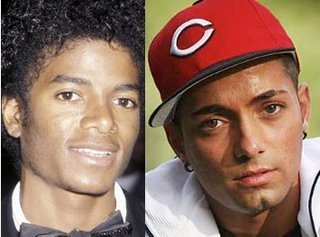 Also, the song Billie Jean was released 1984, and Omer Bhatti is now 25, so is you do the math, that's the same time he was concieved.
Also people believe the surrogate mother of Blanket could be Omer's mother. Or they're both the biological children. 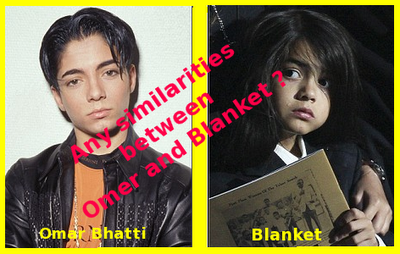 I think Omer could be Michael's son! That would be really cool!

It probably is. I dont think Im supposed to spill the beans but sister knows someone who knows that person, who said that its Micheal Jackson's son.

And I respect your opinion.

reply | flag
message 24: by [deleted user] (new)
Aug 05, 2009 10:47AM
I am just saying I have watched the news about him every day that he has died! I will miss him because my sister and brother and I watched hime as kids!
I don't know but I sure want to find out.

Mod
but doesnt vitiligo effect the outcome of the child too? in that first picture, he looks EXACTLY like Michael. Dang, i didnt know Michael was like that! Having one-night stands with women! Shame on you, Michael! I thought you were better than that! lol jk. I doubt its his child tho. Maybe Billie Jean was referring to Omer's mother...hmmm

Mod
Omer and Blanket kinda look like each other...

Cassie wrote: "Yeah but if a child has a black father and a white mother, there is a chance that the child would follow after the father.(Just saying)"

Cassie, black people can have all kinds of shades of skin. My youngest sister has pretty light skin, and both my parents have darker skin then her. It all depends on which genes are dominant.

Mod
after looking at that picture for a while, he does kind of look like Michael and Blanket. Maybe Omer's mom is Blanket's mom. Omer's mom must be the unknown surrogate

Mod
i need to do some detective work...figure this out..i doubt i can though lol. Blanket and Omer's lips look similar so do their chins. ok, really why won't they just do a DNA test. They have the money to do that!

And yeah! They should do a DNA test!

I know, they should!

Mod
lol. Omer is hot just like his "daddy" haha

thats scary. But if it is MJs kid, then we should be happy cuz he left a piece of himself here on earth. He may not be the Michael Jackson we wanted, but its good enough.

Mod
he looks like freakin Blanket!!! did i forget to mention, his dancing is JUST LIKE MJS!!! That is scary. Mini MJ!!

Mod
he was soooo cute!!!