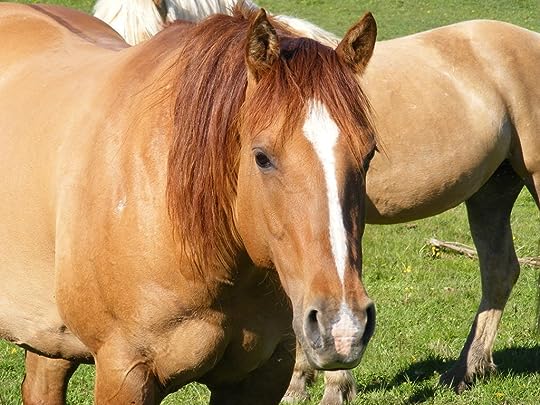 Name:Icefire
Gender: female
Age: 3
Trainer: Open
Reason:Owners left her after abuse .She was found by the fence and they took her in.
Appearance: 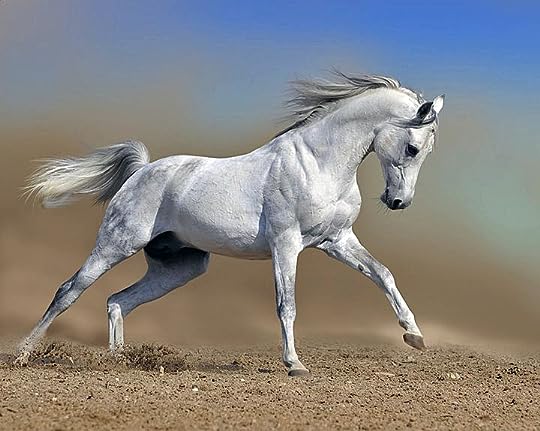 Personality:Is very sweet at times but her temper has allot of control over her .Is very ongoing and has never hurt a person.Loves small children.Hates being whipped and being touched around the face.
History:Used to bite and nip people and she had one person she almost broke his neck.People stayed away from her due to her bad temper witch has changed here because of the nice people.But has one problem she has not been ridden for 1 year and has very little experence with adults.When she was little she lived with a family of four they had beautiful pastures when she was olderthey sold her to a farmer her temper was bad there so he sold her to a couple that had no experence of taking care of a horse they abused her and left her stall not cleaned the pasture was always muddy and the food was soggy.Her temper was bad so they left her in the woods.She then walked to here in hope of a home.She found a wolf on the way and has stayed with the wolf.
Kin: Unknown
Other:Likes pricey saddles.


There are no warriors in horse herds.

I know she was a bit gone in the head then I was with her. She's just a mare.

I have edited my character.

Personality: She is calm and collective, well as calm and collective as an abused horse can be She is aggresive at times, well most of the time, because of her history. Dont get her angry of spooked if you do she will buck and go spazz, trying to kill anyone or thing. she has a hard time trusting people and other horses. She also does bite a fair bit. She is brave though

History:She was once a prize winning race horse, then when her trainer passed away and no one else would take her in, she became a well trained ranch horse, however her owner was running out money so she sold her to another man. He as an abuser owner who would whip her and belt her. She ran him down and escaped from her 'home' she ran away, to the wild. She had a hard time trusting other animals and people, especially horses and she still does.

Kin: she has family but doesnt know where they are or anything about them. they were taken away from her when she was a foal and was adopted as a race horse. After a few years she becamea race horse, then the rest