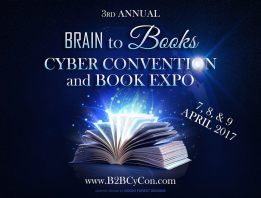 Evil is back, with a greater appetite for death.

Killers.
Demons.
They lurk forever in the shadows, smile at you in the morning, and haunt your dreams at night. You can’t hide, you can’t run, and there’s no escape. You can only scream when they come for you.

Killers and Demons II: They Return is a collection of thirteen tales, blending short stories and flash fiction, tales where the blood lingers on your tongue or spurts quickly from the swift cut.

Wade, every parent’s nightmare
Hannah and Mr. Greeley. Who is the victim and who is the villain?
Simon and Zoe, a married couple who are dying to be single again.
Norman and his "cookie" of a wife, Mabel.
Millicent and Jane, a delightful duo you shouldn’t invite to your Regency tea party
Amanda, who literally has a skeleton in her closet
Balthazar, the demon bounty hunter on the hunt once more.
Sarah, a young woman going through some changes and craving new tastes
Emmeline, hanged as a witch, now back from the dead for revenge
Gabrielle, a woman haunted by shadows
The Dollmaker, she showers death, and an umbrella won’t help
Nightmare Demons, bent on driving a town insane

And then there’s Alice, a little girl locked in the basement by her Daddy… 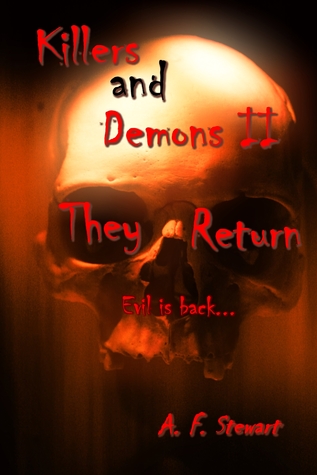 Mod
If you want to find out more about Alice in the Basement and why she's there, check out this fabulous animated video of the story created by Horror Made: https://www.youtube.com/watch?v=-fYZM... 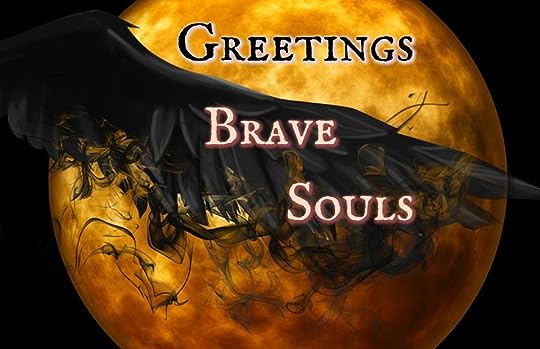 Welcome to my booth at the Brain to Books Cyber Convention and Book Expo! 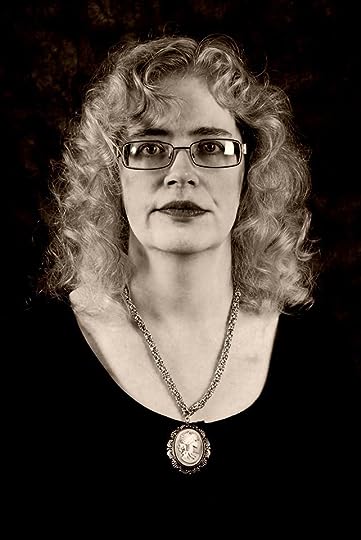 A. F. Stewart was born and raised in Nova Scotia, Canada and still calls it home. She favours the dark and deadly when writing—her genres of choice being dark fantasy and horror—but she has been known to venture into the light on occasion. As an indie author she’s published several novellas and story collections, with a few side trips into poetry and non-fiction.
She is a steadfast and proud sci-fi/fantasy geek, fond of good books, action movies, sword collecting, comic books, and oil painting as a hobby. She has a great interest in history and mythology, often working those themes into her books and stories.

You can find my books at:
Amazon: http://www.amazon.com/A.-F.-Stewart/e...
Smashwords: https://www.smashwords.com/profile/vi...
(Also on iTunes, Barnes and Noble, and Kobo)

I'm especially fond of my story Arthur's World in issue #28.

Mod
Here's my latest book, an amalgam of horror and poetry.

Horror Haiku and Other Poems

Words linger...
In the darkness of shadows, in the distant screams.
They whisper past the drip, drip of blood.
The strange beauty of words hide, waiting for you.
Embrace the horror.

Venture past safe reality, into the world of terror told in verse. Horror Haiku and Other Poems brings forth surreal dread and spins it in artistic countenance. From small chilling bites of poetry, to murky morsels of fright, come find where the words haunt you, where they live and die.


From the murky recesses of social media (otherwise known as Twitter) and the blood-dripping delights of #HorrorHaikuesday, comes the inspiration for Horror Haiku and Other Poems. Thirty-eight haiku style poems and eighteen longer form poems grace the black innards of this book, screaming terror and shivering in dread.

Winner of the Preditors and Editors Readers Poll for Best Poem. 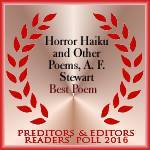 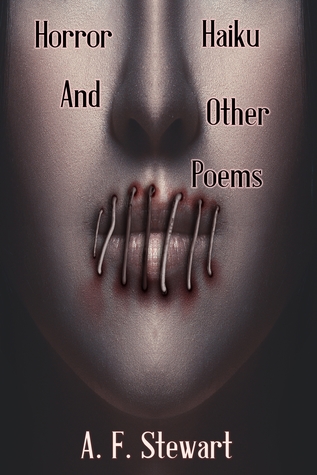 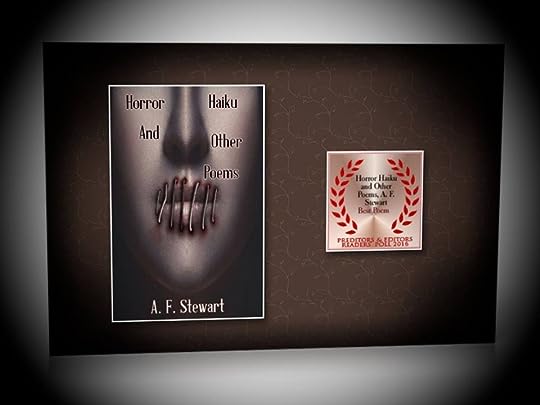 Mod
I also have an intermittent newsletter you can sign up for, and all new subscribers get a free sampler of my work: http://eepurl.com/OGrTT

Mod
Some teaser graphics for the anthology, Beyond the Wail, including one for my story The Weeping Lady. 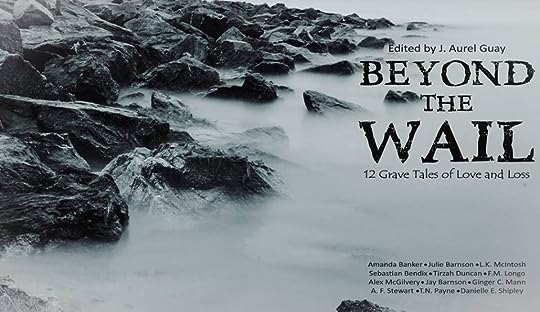 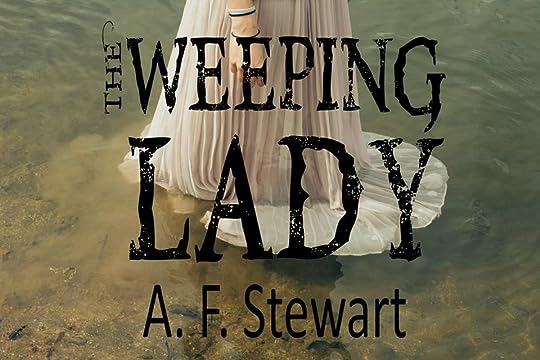 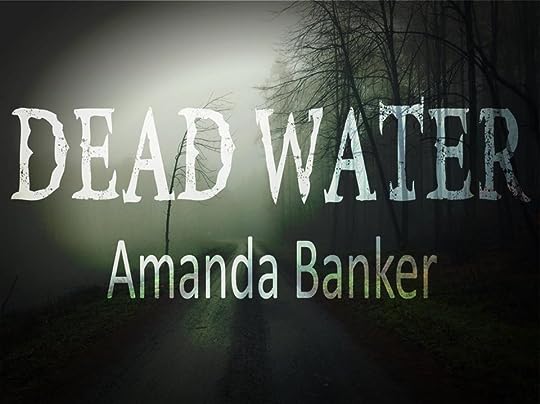 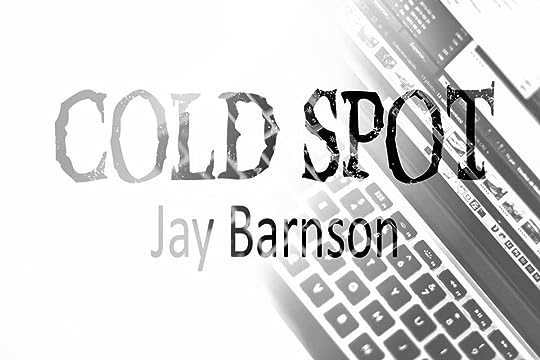 Mod
Some more teaser graphics for Beyond the Wail. 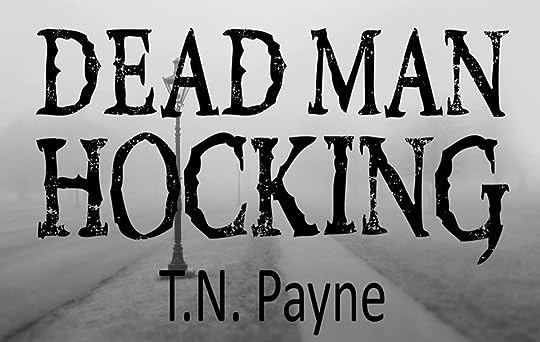 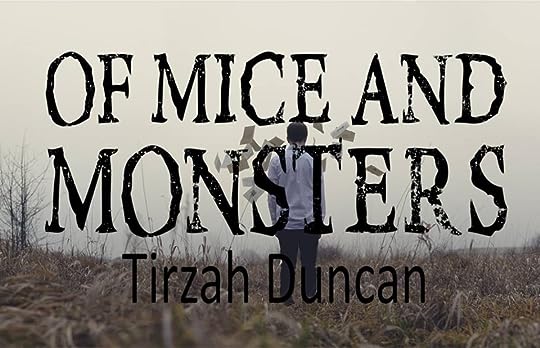 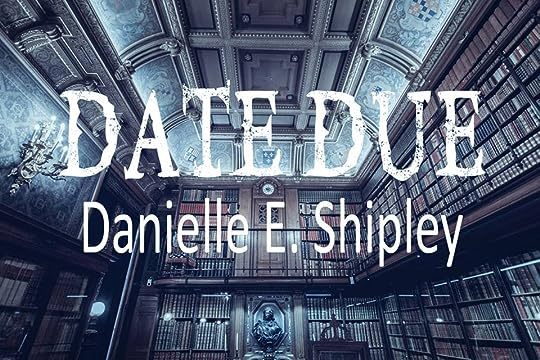 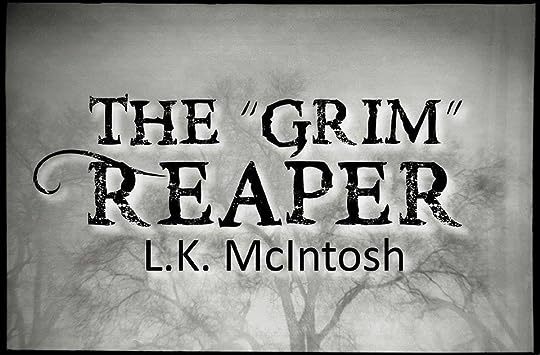 Mod
Here's a little Zombie to make you smile. 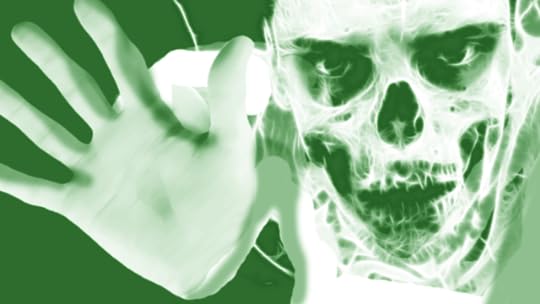 Congratulations on your "horrific" literary achievements!

Mod
Here's a snippet from my horror short story collection, Killers and Demons II: They Return.

This is the beginning of the story, Runner, with my favourite villain, Balthazar.

The thief smiled as he ducked in the back alley off a London street. He opened his hand and stared at the gold watch and fob he nicked.
“You’ll be worth some money. Enough to buy my mates a few beers.”
He shoved the watch into his pocket and glanced out into the lane. As the gas light cast shadows over the cobblestones, he saw no sign of the bobbies. Still, he decided to wait a few more minutes, leaning back against the brick of the alley wall. He shifted uncomfortably and wiped sweat from his brow. The air had turned warm and muggy.
“Hello.”
A tall, lanky gentleman stepped out of the gloom, and a wave of searing heat washed over the thief. He collapsed, wheezing, his lungs burning from the air he breathed.

Thank you ever so much for the grab bag. :)

Mod
Lorraine wrote: "Thank you ever so much for the grab bag. :)"

Mod
I will now introduce you to my character, Balthazar, with a short, um, statement from him.

Balthazar is a centuries old demon of Hell, tasked with the job of retrieving escaped souls. He basically tracks them down on Earth and sends them back to hell. 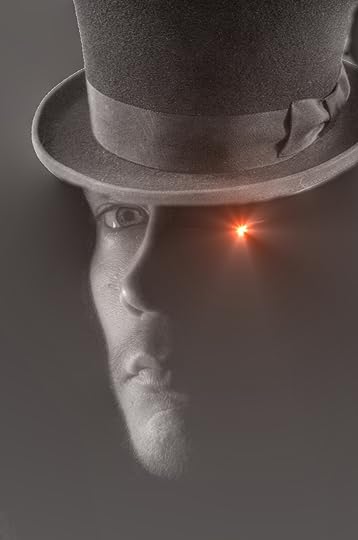 Now a word from Balthazar:

"I cannot believe I'm been dragged into another one of these human events. Why does the Boss make me do these? Go away and leave me alone humans, before I shrivel you all into ashes with Hellfire!"

Isn't he a sweetie? 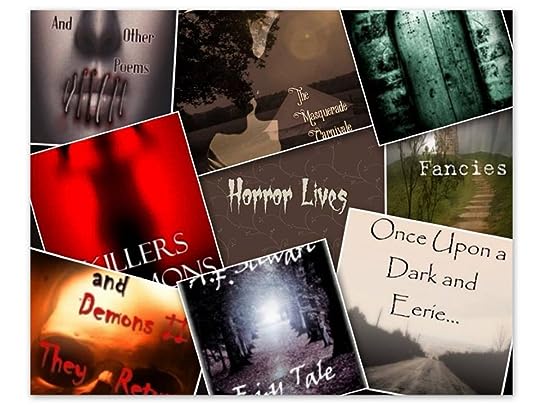 Mod
I want to give a shout out to Pen of the Damned. I recently joined this fantastic cadre of horror writers, and the stories posted here are well worth checking out.
https://penofthedamned.com/

Mod
I'm shuttering the booth for the evening, I'll be back in the morning. Until then horror fans...

Mod
If you want to check out another free bit of short fiction try this story, Magenta Dreams, past of the Ladies in Horror: https://ninadarc.wordpress.com/2017/0...

Mod
I also have a epic fantasy novel in the works, a book I like to describe as Ghosts, Gods and Sea Monsters. 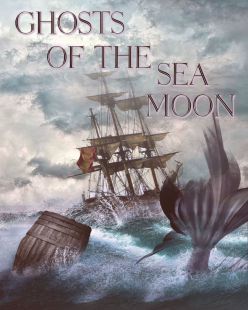 It's called Ghost of the Sea Moon, and while it's still a work-in-progress, here's the opening snippet:

Captain Rafe Morrow paced the deck of his ship, The Celestial Jewel, the signs of an oncoming squall setting him on edge. Blustering wind rattled the sails and the crew’s nerves, their usual jaunty hubbub reduced to grumbling and snipes. Trouble travelled on that wind. Rafe could smell it, and his blood prickled with a sense of warning. The ship fair reverberated with ominous portent. He glared at the sky and its darkening clouds, speckle painted amber and crimson from the setting sun. A storm sky, and that meant sea monsters would prowl the waves this night.
Damn her. And her beasts.
On the breath of a sigh, he whirled to face his crew. “Storm’s coming, boys. Doesn’t bode well, not with the moonrise tonight.”

Really great showcase, Anita :) And I signed up for your newsletter. Hopefully it won't make me afraid of the dark :)

Mod
For more horror fun, check out the Horror Hall on Facebook: https://www.facebook.com/events/18537... 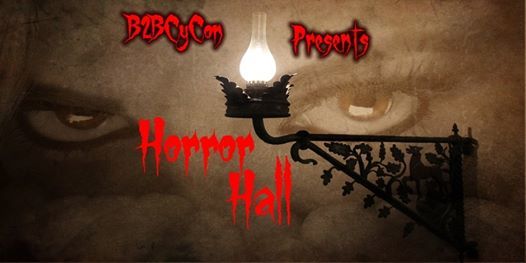 We have Showdown polls scattered throughout the event, and here are the standings so far!

Mummies prevail over Skeletons!
Ghosts are kicking Ghoul butt!
Vampires are wiping the floor with Zombies!

Pennywise (Stephen King's It) has made a comeback! Ash (of Evil Dead) and the Killer Clown are in a tie!
Selene (Underworld) is still slaying Freddy Krueger (Nightmare on Elm Street)!
Hannibal Lecter is definitely making dinner preparations for Ripley! She needs the Alien Queen to help out!

Patrick Bateman and Norman Bates are in a dead heat struggle for Psycho supremacy!
Dracula has edged out Jack the Ripper!

Mod
Ilana wrote: "Really great showcase, Anita :) And I signed up for your newsletter. Hopefully it won't make me afraid of the dark :)"

I don't think my poor sporadic newsletter can make you afraid of anything, but thanks for signing up.

A.F. wrote: "If you want to find out more about Alice in the Basement and why she's there, check out this fabulous animated video of the story created by Horror Made: https://www.youtube.com/watch?v=-fYZM..."

Mod
A.M. wrote: "A.F. wrote: "If you want to find out more about Alice in the Basement and why she's there, check out this fabulous animated video of the story created by Horror Made: https://www.youtube.com/watch?..."

Thanks. The artist who created it is a fabulous talent. She did a perfect job with my story, and that's her voice doing Alice. 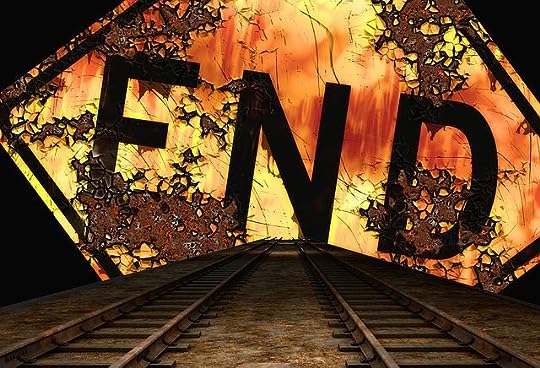